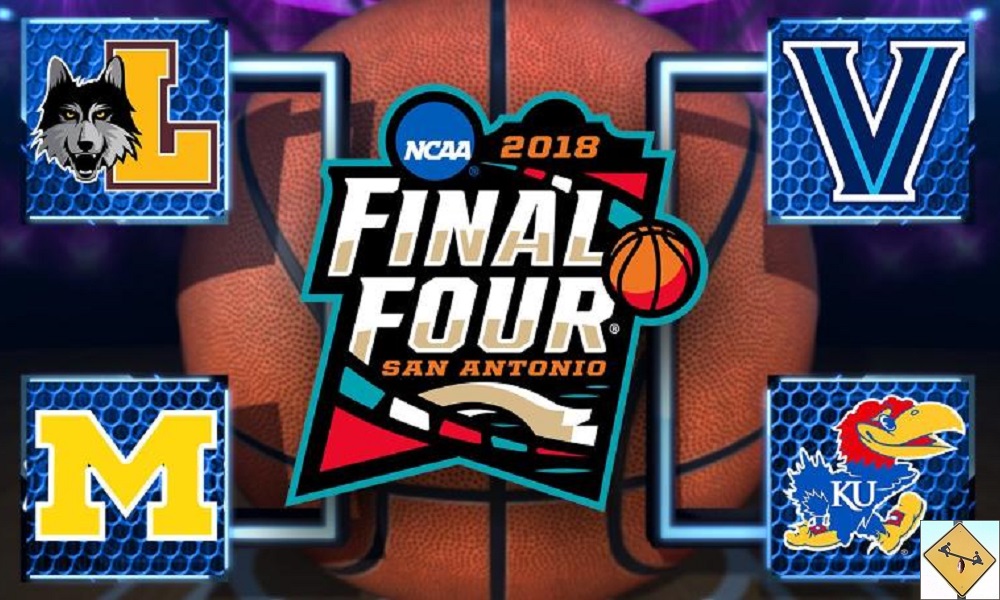 A truly unpredictable and wild ride has left us with the perfect Final Four 2018. Are we witnessing the best NCAA Tournament ever? There is no disappointment left.

After freaking out about the Sweet 16 matchups, I essentially got the Final Four 2018 I would have hoped for prior to the NCAA Tournament beginning. We have a foursome made up of two 1 seeds, a third elite program, and one outlier with a great story. We have perhaps the most talented team in the country in the Villanova Wildcats. They have a six-man rotation unrivaled around the country. Though a seventh and eighth player – Collin Gillespie and Dhamir Cosby-Roundtree – see the court, they are mostly called upon in times of foul trouble. The top six is where Jay Wright’s club makes its bones. And with the possible exception of Jalen Brunson, any two of the six could have an off night, and the others can easily cover up what is lacking. Oh by the way, Villanova also has the nation’s best offense.

Kansas, the second 1 seed, is like Villanova-lite. The Jayhawks aren’t quite as good, aren’t quite as deep with superior talent, and are shit at shooting free throws, but they have everything else. Malik Newman is the Brunson of his squad, just not as reliable. KU has a five-man unit it can count on, with two quality subs, but it lacks that sixth star. And this team shoots and makes threes like nobody’s business, just not quite as balanced or as often as Nova.

Michigan, the third elite program, has been on an absolute tear this month. The Wolverines are perhaps the best defensive team in the Final Four, but they can fill up the scoreboard as well. The team’s best player, Mo Wagner, isn’t a point guard, so he can’t control the pace and flow of the offense. But he can step out and shoot, as well as take defenders down into the paint. UM will be facing the Cinderella of the quartet, the 11-seed Loyola-Chicago Ramblers. It isn’t the worst thing in the world to have a high seed travel this deep in the tournament, though I expect it to see its magical run come to an end against the Wolverines.

Loyola won its first three tournament games by a total of four points. Then the Ramblers absolutely stuck it to Kansas State in the regional final. For as much as anyone needs a statement win in the Elite Eight of the NCAA Tournament, that was it. The existence of Loyola also confirms what we thought all year. While there were a number of talented teams, a lot of the “elite” clubs during the regular season were only elite by default, as foes around them continued to fall. That leaves us with the “best” four teams this season being three we can understand and one that lost to Milwaukee by 17 points.

After all the upsets and freaking out by fans, this season’s Final Four is certainly on the money. We have two great games with a guaranteed Final that will be awesome no matter who wins. I’m excited for the elite matchup of Villanova and Kansas. I’m excited for Loyola to play for a shot at going to the National Championship. Michigan was my pick to win it all before March Madness kicked off, so that is also exciting from a personal standpoint. Everything about the Final Four 2018 is actually damn cool!

If I’m being honest, I had serious doubts about how this tournament would turn out. I knew chalk would prevail in at least one region, because it always does. But the one seeds always beat the sixteen seeds, until this year when we had our first ever ultimate upset. So I was on edge. Would any of the one seeds advance to the Final Four? Surely one or two would, which they did. Surely we’d see many of the top teams rise above, even if the separation between seeds was little to nothing. This also happened. March Madness basketball was as exciting as I can remember, with so many close games in every round, yet we still saw most of the top seeds prevail in the round of sixteen and beyond. We got our cake and ate it too. Thank you!

I love to root for upsets and underdogs to prevail. Despite picking Michigan to go all the way, I would rather witness Loyola accomplish the task. If the Ramblers defeat the Wolverines, they will face a one seed in the Finals. It could be Villanova or it could be Kansas. Either matchup is a huge mismatch on paper.

If Michigan wins, as most people expect them to, this gives us two great options for the Finals as well. Michigan versus Villanova, my pick for the Finals, or Michigan versus Kansas. Either way we win as college basketball fans. Barring two extreme blowouts, we win with the Final Four 2018 no matter what happens. I think the Ramblers have to win for this to become one of the greatest and craziest tournaments ever, but it’s already made history. No one will forget March of 2018.