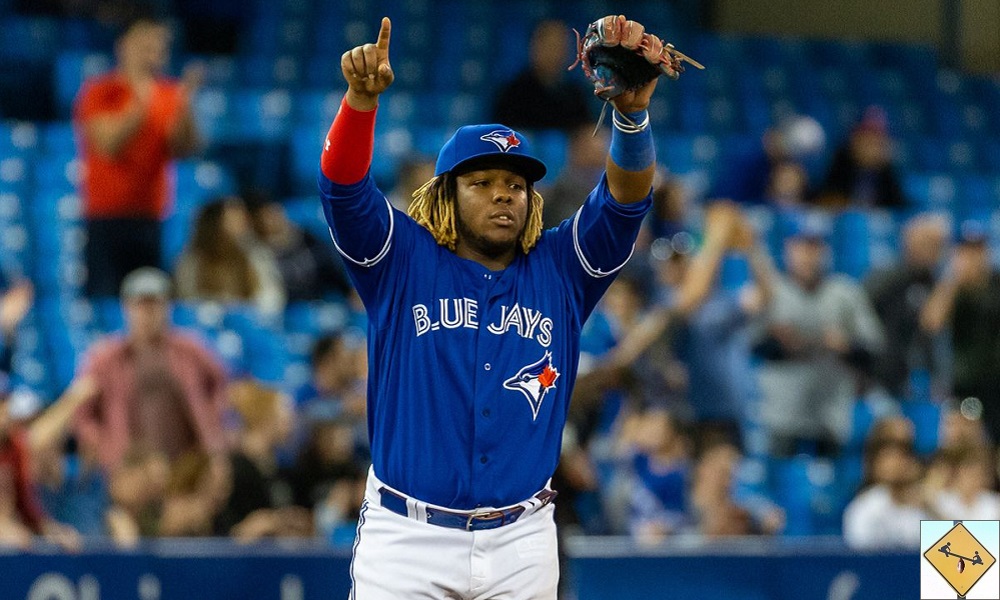 Unknowns are too hot and sexy to avoid. Every rookie in Fantasy Baseball has infinite potential, while the known veteran has an obvious ceiling. Go for broke! End up broken.

The allure of the rookie in fantasy baseball is fascinating to me. The unknown becomes more appealing than a known, yet likely higher ceiling. On one hand, it’s baffling; on the other, it makes perfect sense. When rookies are called up to the majors in baseball, there is normally a rush to add them to fantasy baseball rosters. (The level of rookie sought after obviously depends on league settings and roster size.) But in order to add said rookie, owners will often drop useful veteran players.

Looking at the scenario objectively, the odds of Rookie A being better than Veteran B right from the jump are slim. Even Mike Trout struggled mightily when he first entered the majors. There have been a slew of incredibly successful immediate call-ups in recent seasons, but that latter point doesn’t mean anything for the next rookie called up.

So owners are dropping Veteran B in the hopes that Rookie A eventually becomes better, and hopefully considerably better. But if you play in a standard 10-team or 12-team league, the veterans who are currently owned (and thus able to be dropped) are normally pretty good! These aren’t scrubs. These are guys who were worth owning for weeks up until this inflection point in question. What I’m saying is Veteran B is most likely better right now than Rookie A. But he is most likely better in the long run too!

The same mindset works its way into real-life professional drafts. Just look at this summer’s upcoming NBA Draft as an example. Vanderbilt point guard Darrius Garland is a consensus top five pick even though he missed nearly all of his one season in college. In other words, he is a top five pick based off of what player he was coming out of high school.

Compare him to a player who was similarly regarded out of high school: Duke’s Cam Reddish. Reddish was actually the higher ranked player entering last season. He is universally lower ranked now, and what happened in the mean time? We saw Reddish play and never saw Garland play. The unknown is better than the known.

For fantasy baseball, owners get bored with veterans who are okay. They want to aim for the figurative home run. Is this a smart ownership tactic? I say no, knowing full well I’ve succumbed to the allure myself in the past. The difference now is there seems to be another “can’t-miss” rookie called up to the majors every week. In the past week alone, Austin Riley, Keston Hiura, Brendan Rodgers, Oscar Mercado, Nicky Lopez, and Cole Irvin have all received the call. There will be more as spring turns into summer. Most of these can’t-miss players are going to miss, at least at first, and veterans are being tossed aside just for the opportunity.

The alternative, of course, is waiting to see which rookies actually develop into able players. If you are in a competitive league, though, that will surely be too late to add any of them. This comes down to risk management. I’d say most owners would rather take this specific risk rather than hold onto an average veteran performer. It’s just more fun to own the rookie, and maybe there’s nothing wrong with that. Fantasy baseball is supposed to be fun! Brandon Belt is not fun. Justin Smoak is not fun. Sonny Gray is not fun. Maybe Hiura will be. The unknown is better than the known.

The unknown is never actually better than the known in Fantasy Baseball or otherwise. What is true is more dynamic than your black and white answer. The unknown has more potential than the known, because the unknown’s potential is infinite. It always is, while a veteran’s potential is defined by everything we already know. Infinite potential trumps a known commodity every time. The risk of missing out on the next big star is greater than the risk of adding a rookie who fails, while also dropping a productive veteran. Yet there is nuance to this debate.

If you are playing in a non-keeper league then in makes zero sense to drop the proven veteran and swing for the fences with a rookie. Rookies usually go through ups and downs. Only one player a season maintains their high level of play the entire time, without slumping or getting injured. Veterans are more likely to be consistent, as well as rebound from a slump. The rookie will be available next year, with far less risk now that you know what he can do on the field. Grabbing the unknown with infinite potential only makes sense in keeper leagues.

Assuming you can keep this rookie with infinite potential in your Fantasy Baseball league, then ask yourself a simple question. What do you think the value of this player will be before next season? If you are playing in an auction league, you better be, then this monetary value is easy to understand. You can directly compare it to what you paid for the proven veteran. You’ll be adding the rookie for $1 and hoping he’s worth at least $20 next season.

I can’t envision a scenario where the rookie is worth the risk if he doesn’t materialize into a $20 player or better. Your veteran is better this season and won’t take up a keeper slot. The rookie is guaranteed a slot. I agree that the unknown is “better” than the known, because infinite potential is exactly what it sounds like. But are you trying to win this season?

Owners can tell if they are in the race or not by mid-June, so if your team is done, then definitely go for those risky rookies. In order to win Fantasy Baseball, much like real life sports, you need inexpensive players who perform like the top valued guys in the game. This means getting a rookie or two right.

I hit a home run with Aaron Judge a few seasons ago, but am currently on icy ground with Clint Frazier. Frazier had a monster month, got hurt, and is now slumping hard. He wasn’t added in place of a veteran, but rather drafted instead of a veteran. He’s a solid bench player now, but nothing more.

Risk versus reward. If you do snake drafts, then god help you. That rookie keeper is probably worth it, but where you would otherwise draft him next season is so subjective. His allure will be just as high if he performs adequately, so you are unlikely to get him back. No one cares for a veteran who’s been around the block until the final rounds. Everyone wants that flashy rookie. The unknown is “better” than the known.