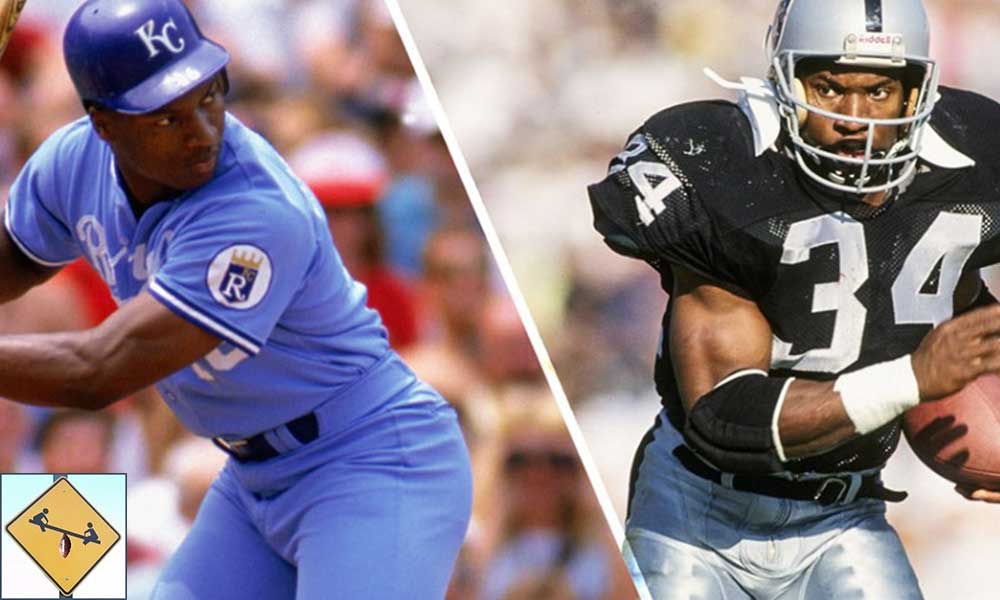 It feels impossible for an athlete to be a super star at two major sports, let alone play them in this day and age. Will we ever have super star dual sport athletes again?

Kyler Murray is going to take his chance at playing division one college football and then transitioning to professional baseball. Maybe he will also take a stab at the NFL, but I’m dubious of that. Murray or otherwise, what do you think are the chances of ever seeing a full-blown, professional, two-sport athlete again?

We haven’t seen someone play multiple professional sports since last century, with two caveats. Tim Tebow was an NFL quarterback, even winning a playoff game as a starter. He is now a professional baseball player, albeit short of the Majors. However, he never played both sports at the same time, only taking up baseball once it looked certain that his NFL career was over. Russell Wilson is another exception in name only. He is a star quarterback and has played spring training baseball. He isn’t a serious baseball player, though, and has never attempted to play during an MLB season.

That leaves us back with the prior generation that you mentioned: Deion Sanders, Bo Jackson, and Brian Jordan in the 1990s (bleeding into the 2000s). I don’t believe anyone has done so since. The reason why we have lacked such excellence may be the same reason people point to Shohei Ohtani’s task as so otherworldly in baseball. It is hard enough to reach the peak of one sport. Trying to practice and excel at two is crazy. And, like the discussion surrounding Ohtani, there is a little bit of a balancing act to consider nowadays. If someone is too good at one sport, they would be foolish to split their time with another. Sanders didn’t worry about that two or three decades ago, as he was an all-world football player, but times have changed. There is much more scrutiny, criticism, and money on the line. The story surrounding an All-Pro football player now would be quite heated if he decided to play baseball as well.

Setting Murray aside, since his chances of playing professional football are lower than his depth chart positioning would seem to indicate, will we ever get a dual-sport athlete again? That balancing act shifts both ways. If someone is “pretty” good at one sport, can/should they even risk splitting their attention? It may result in them failing out of both endeavors. And, again, if they are really good at one, why risk the effort of the other? My likeliest guess is we do see a two-sport athlete, but someone on Tebow’s level. Someone who is perhaps replacement-level at one sport and shown flashes in another is my most likely outcome.

This is the most boring outcome for sure; imagine a Brian Jordan scenario if he was far worse at baseball. Baseball fans probably remember Jordan as just a baseball guy because he was pretty solid for a number of years. That type of player is too good. This hypothetical future player will be bad enough at both sports that he will only be remembered for the fact that he played two sports. The novelty of the attempt is what will give it legs. If Tebow was still being offered starting quarterback jobs, he would have never picked up a bat. And yet, if he was a more prototypical passer, he might still be in the league as a backup. It is a fine line indeed.

We will absolutely see more dual sport athletes in the future on the level of Deion Sanders or Bo Jackson for the same reasons that both of them came about in the first place. An athlete who is far and away better than everyone else at more than one sport will once again exist. That player will be so good that he can see past the business sense of picking a single sport and realize the untouchable status and opportunities present by excelling at two professional sports.

Only two sports have seasons that barely touch, football and baseball. The professional hockey and basketball seasons begin barely a quarter of the way into the NFL season, and both overlap significantly with the MLB season. Playing in the NFL and MLB is possible because the MLB season’s final month is all that overlaps. That being said, its highly likely that a team would not permit its player to sacrifice the first or last month of its team’s season in order to play a second sport. If you’re the best player on your team, how do you think your teammates will feel if you leave them hanging like that? This means that our new-age dual sport athletes likely combine one of our four professional sports with an olympic endeavor.

Olympics training can be done any time of year, in any place. I’m envisioning an olympic swimmer who also plays professional basketball or baseball. The body type required for football is not as conducive to swimming, but we cannot rule this out. Swimmers are some of the most athletic people on the planet. Furthermore, swimming is one of the best forms of training for an athlete and his or her body. It may not be your ideal dual sport athlete, but every four years this player becomes a legend. The star quarterback of the New England Patriots is swimming for Team USA at the Olympics. This doesn’t work as well for a baseball player, unless of course they are competing in a winter event. Snowboarding and pitching, why not?

Current time commitments and mandatory team activities are what seem to preclude an athlete from becoming a star in more than one professional sport. Yet expanding our thinking to the Olympics, Major League Soccer, or even the world of golf, opens the door for dual sport athletes to emerge once again.

Involving the Olympics makes this seem even more far-fetched for me. You think it’s more likely that a professional athlete can squeeze in training for an unrelated Olympic sport? People train for those sports every day since they were nine years old and fail all the time. I don’t see that happening at all, which speaks to the degree of difficulty of the two-sport pro and ever seeing dual sport athletes again.