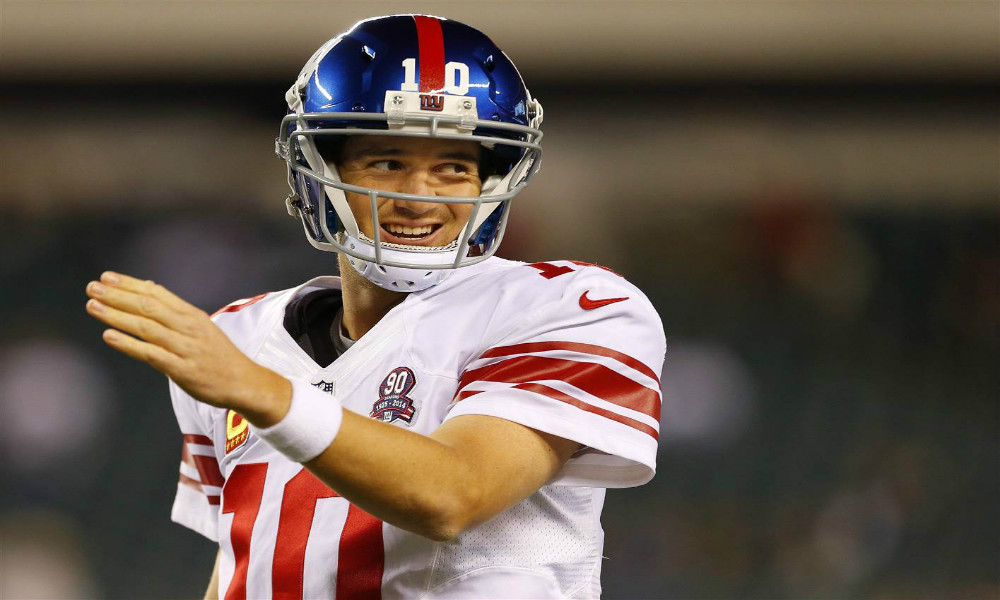 A few weeks ago, ESPN ran an article to fill space in the dog days of summer: the time after all offseason moves have run their course but before training camp commences. This is the deadest time for NFL storylines, so I don’t blame it for the nonsense.

And actually, this  post about the NFC East really struck a chord with me. It focused on New York Giants quarterback Eli Manning and wondered who in the East would trade their quarterback for Manning.

It made the assumption that logistics and finances didn’t factor into this decision. It was strictly about who a team would rather have on the field, taking into account the player’s skill set, experience, age, etc. This was a weird question because, on the surface, I think Eli is the best quarterback in the division. At the same time, I don’t think any of the other teams would trade their QB for him. He is somehow the very best and the worst choice of all NFC East quarterbacks. It’s rather amazing.

ALSO ON BUZZCHOMP: Do We Boycott the 2016 Summer Olympics?

First come Eli’s credentials. The dude is a borderline Hall of Fame quarterback already and he’s still going strong. The two Super Bowl titles are proof of his excellence when the pressure gets tough. Neither time were the Giants favored to win, yet Manning was a major cog in the upset championships. He has oodles of yards and touchdowns. His health and reliability week after week are unparalleled in the game today. There is nothing on a resume of any of the other QB’s in this division that would make them a superior option to Manning.

And yet, none of the other three teams would be right to make a one-for-one swap. The Dallas Cowboys love Tony Romo and for good reason. There is a case to be made that he is a better pure quarterback than Manning outside of the injuries and playoff failures. I don’t see any scenario where a member of the Cowboys’ management or a fan of the team would want to trade Romo out for Manning.

In Philadelphia, the case is a bit different, but the results are the same. The Eagles just drafted their passer of the future in Carson Wentz. No one in that organization would even consider trading the number-two overall pick from this past draft for 35-year-old Eli Manning. The latter is obviously better right at this moment, but the point of drafting a quarterback so high is a belief in his future ceiling.

The best argument can be made in Washington, yet I still think the Redskins would stick with their guy. Kirk Cousins has barely had any success thus far in the NFL. However, he is entering his prime and coming off of a career year that stands up to any regular season Manning has put together. Washington wants to build on Cousins and believes in him going forward (even if the two sides couldn’t come to an agreement on a long-term contract before the franchise-tag deadline hit).

So there you have it. Because of circumstances surrounding each of the other three teams in the division and Manning’s advanced age, he accomplishes the impossible by being the best QB in the NFC East and being a player no one else would want. Pretty interesting stuff for the middle of July.