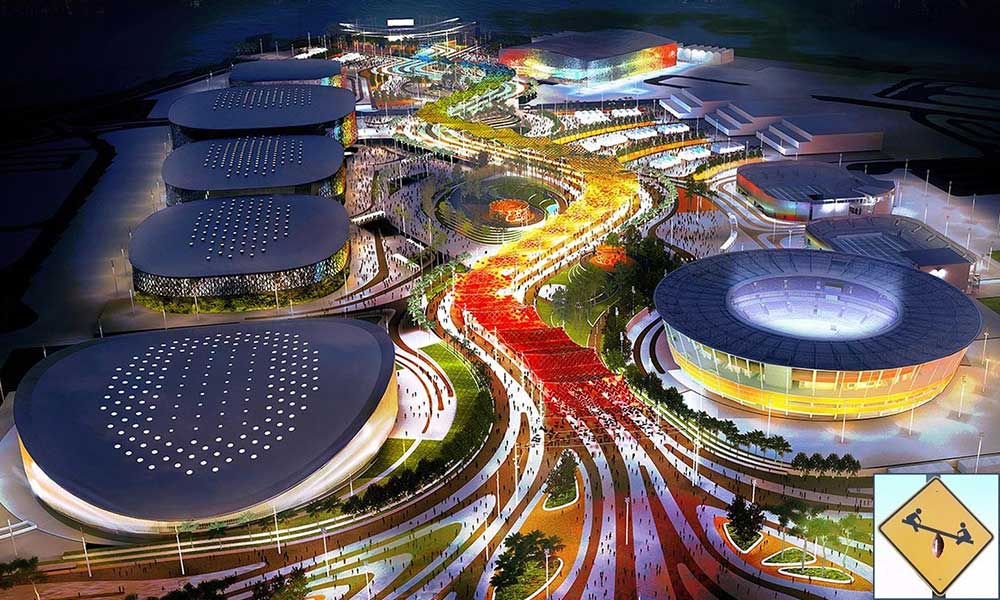 The conditions surrounding the 2016 Summer Olympics are so bad that NBC is using a full hour of tape delay on the opening ceremonies. Do we boycott the games? Something must change.

Whether or not all the top athletes participate in these Olympic games, there remain questions about the logistics of the games themselves. Perhaps a version of this happens every year, but this year in Brazil seems like the peak of the bad-news generator. There have been an endless spew of reports that the Rio Olympics are billions of dollars over budget; they are way behind schedule in building/completing some of the venues necessary for the games; and of course the health concerns that have led to athletes dropping out to begin with.

Recent games in Russia and South Korea had similar scare stories heading into the games about surpassing budgets and not having construction completed. Other than screwing over residents of those countries which, let’s be honest, no one cares about after the fact, the games themselves went off without a hitch. It didn’t end up mattering. Do you think this is the media over-blowing things again and Rio will be just fine as well? Or is this time different?

NBC seems to think something is different this time around. I’m not sure what exactly, but the American television company that will be broadcasting the entirety of the Rio games announced that the opening ceremony will be shown on an hour tape delay so “that we’re able to put [the Brazilian culture] in context for the viewer so that it’s not just a flash of color.”

First of all, what the hell does that even mean? Read the full article and full quote from the head of NBC Sports and it makes just as little sense. What is NBC scared is going to happen if they televised the opening ceremonies of the Olympics when they are actually taking place? Mind you, such a delay tactic has apparently never been done before according to USA Today.

The media does an excellent (or horrific depending on your point of view) job of blowing scary stories out of proportion. It’s why your local mall always despises local news coverage saying the mall will be too crowded and to expect lines of up to three hours for (fill in stupid event). That always ends up losing the mall business. The Olympics aren’t going to lose business per se, but is this simply a case of news organizations forcing the flashy headline down our throats to sell clicks? Maybe the Rio Olympics will be fine like every other Olympic games have been.

Something feels dramatically different heading into these Olympic games. Part of it is the aura of unpredictability permeating the world at this point in time. Every few weeks there is another attack on a city, event, or group of people. Regardless of who’s been orchestrating the violence, or how any of its related, the Summer Olympics present a giant target as far as an attack is concerned, with the opening ceremonies being the bullseye. This is likely the primary reason NBC is using a tape delay. The other is much more subtle.

It’s not simply that Brazil is behind in its preparations, or unprepared to actually hold these Olympics. That is a common story among host cities. Brazil is a very poor country. Overall its fair to say that its people are suffering more than others have in the past, all to put on a sports event for the world. The city of Rio is beautiful, but it’s also very ugly. It’s very dirty. Its full of trash and poverty and a ton of other things that no one wants to see on television. It’s difficult to get excited about our athletes and the competitions when they are strolling down a street with a backdrop full of garbage or worse.

I realize I’m exaggerating a bit, but NBC obviously has similar concerns. An hour tape delay allows them time to edit the live coverage to remove any negative imagery, anything they feel an American audience would rather not witness. Basically edit reality to ensure they don’t lose viewers because the actual reality is pretty disgusting. The pictures of garbage washing up on shore along the Rio beaches were enough to make me question how anyone would ever go there. And when I say garbage, I mean medical waste and human waste and other things even worse. This is the environment our athletes are venturing into.

Certainly there will be world class facilities for many of our top athletes. Many of the venues will be top notch and pristine. But you can’t edit an entire city of its poverty and despair. You can’t remove years of garbage overnight. Where do you put it? I don’t want to think of the answer, because it can only be harming some other nearby ecosystem.

We have a tough choice to make as fans. Do we boycott the games in protest of the despicable conditions? Or do we watch and support our athletes, because it’s not their fault the host city is pretty terrible? I’ll be boycotting. Something has to change. Rio should never have ‘won’ the right to host the Olympics, with their victory in quotations because everyone knows corruption rules the day.