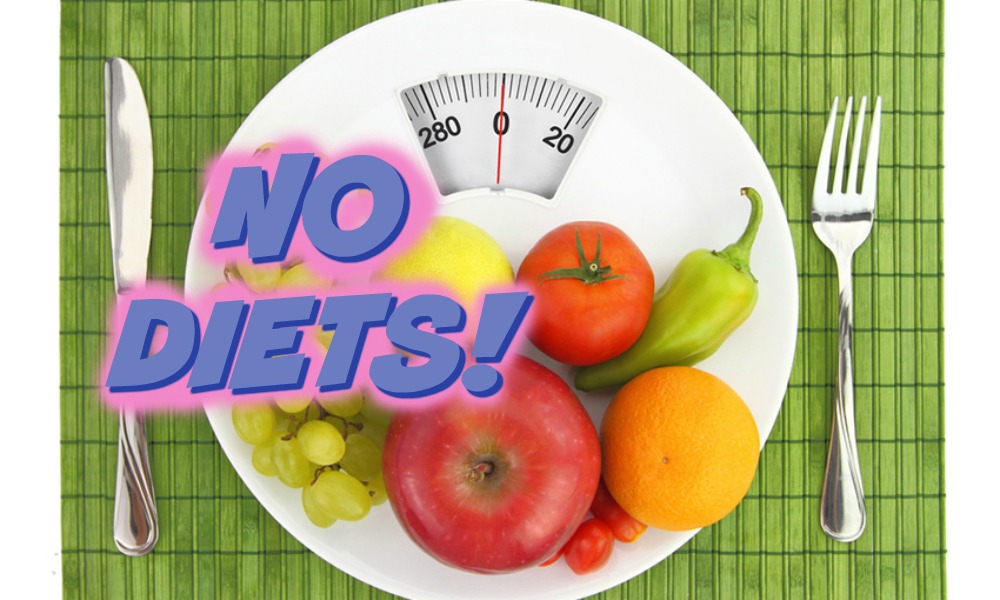 You always hear the success stories of people who went on extreme fad diets: “I tried Atkins and I lost 30 pounds,” or “The South Beach diet is amazing!” Now people are raving about Keto and intermittent fasting. Every bone in my body tells me not to buy into fad diets and it’s why I never do them.

I never do fad diets. They are certainly tempting, but that’s the point. Don’t buy the hype. A big problem I have with these fad diets is that they are so restrictive. Most of the time they cut out a whole food group, or style of food. This goes against a basic principle of nutrition, having a balanced diet. Atkins, much like Keto, is a no carb/low carb diet. It’s funny because since coming into adulthood, I’ve consistently lived a low carb lifestyle. While there was a brief moment in my life when I tried the South Beach Diet, another low carb diet, I only did it for a month and lost 10 pounds. Then I was done with it, because I knew how to own my nutrition.

I know people who’ve done intermittent fasting as well as other fad diets. I know people who’ve counted their macros and one consistent behavior I’ve noticed from a group of very different people is this sense of unhappiness. These weren’t individuals who were just starting out on these fad diets, they had been grinding through them and working toward a specific fitness and body goal. They did not, however, seem happy. All of them looked physically fit, but I could tell they were depriving themselves.

The idea of deprivation for long periods of my life seems silly. There have been moments when I’ve decided that I’m going to go into low carb mode and really restrict my carbs. I did that prior to getting married, as well as when I shot a short film where I was held captive and needed to be in skimpy clothing. Those are exceptions. Even though I restricted myself, I didn’t feel like I missed out. I knew that once I was done with that goal, I’d add some more carbs back into my diet and be fine. It was much more calculating because I didn’t say no sandwiches, I was very particular when I ate my carbs.

Don’t let a single success story convince of the integrity of a diet. There has been one person in my life who I’ve known to successfully live an Atkins lifestyle. I haven’t asked him about it in a very long time, but it seems to have helped him. He was heavier when he was younger and at one point in his life he made a permanent lifestyle change. He found that the Atkins diet worked best for him, but he did seem to splurge around holidays and all that. In his every day life, he kept a very low carb diet. That is healthy living, but the diet gave him initial structure. Remember that when you are reading about the next fad diet.

My friend who used Atkins is a unicorn and most people I know who go on these fad diets normally fall off and regret the decision to have started. I’ve thought long and hard about why that is and I’ve looked at all these diets closely. Most of the time, at first glance, they seem complicated. For example, the idea behind intermittent fasting is to only eat during a designated time frame. This seems like a lot of work to me, even more so now that I have a baby. I also don’t like the idea of working out in the morning and not eating, or not getting to eat dinner. Working out in the morning is my favorite time to exercise, so I wouldn’t switch that around. I know people rave about it, but those restrictions are not for me.

A long time ago I decided to commit myself to a healthy lifestyle and I embraced everything in moderation. I documented my ‘No Added Sugar 30 Day Challenge’ and while it was a lot easier than I thought, I didn’t want to completely restrict myself from sugar permanently. I still limit my added sugar, but I have my times where I indulge! There are periods when I indulge a bit more and I always make sure that I come back to my healthy eating lifestyle. That is the key to feeling great and being healthy!

Not buying into fad diets is the best advice I can give anyone who wants to rectify their eating habits. It’s all about portions and not over indulging in those “bad” foods. It’s also about having a balanced diet. Sometimes I feel like a broken record, but be completely honest with yourself. It’s why I always recommend tracking your calories for a week whenever someone wants to rectify their health and fitness. I’m always amazed when I come back to tracking my calories how it reminds me that I need to eat mindfully and say no to fad diets.

Don’t buy into fad diets. Trust me when I say they’ll drive you crazy! Be mindful of your eating and you’ll never feel like you’re on a diet!