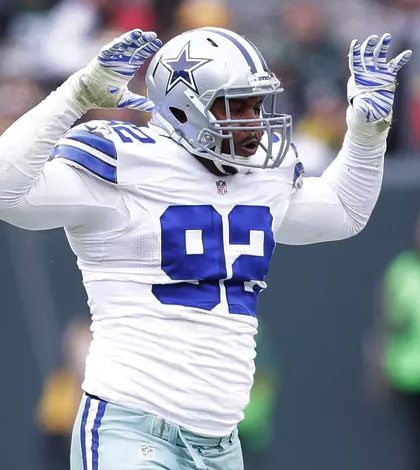 The Dallas Cowboys and DeMarco Murray parted ways this offseason, unable to come to terms on a new contract. Murray will now fly with the Eagles in Philadelphia, and the Cowboys must fill a hole in their backfield that appears as big as a Texas oil field. The 2014 season saw Murray play in all 16 games, while rushing the ball 392 times for 1,845 yards and 13 touchdowns. Just for good measure, he added on an additional 416 receiving yards on 57 catches. Those are big shoes for the Dallas Cowboys to fill, but luckily, they have options.

The Cowboys have 5 running backs on roster for training camp, so let’s take a look at what each brings to the table, listed in order of their current place on the depth chart:

The Cowboys have many options, but lots of question marks to answer at running back. Deciding what’s best for the offense is tricky. There are several schools of thought here:

There you have it, your 2015 Dallas Cowboys’ backfield, barring any free agency signings. There are several available; most notably Ray Rice, Pierre Thomas, and Steven Jackson. But the Cowboys have shown no inclination towards signing any of them.

The deeper we get into preseason, barring additional injuries, the more likely it is that Dallas moves forward as is in 2015. Expect the Cowboys to be a little more aggressive in the passing game, at least through the first few weeks of the regular season. This should give their backs time to settle in. If Randle seizes the opportunity, McFadden stays healthy, and Dunbar excels in his role, the running back by committee approach will turn out to be a smart gamble in Dallas. Is another division title on the way?