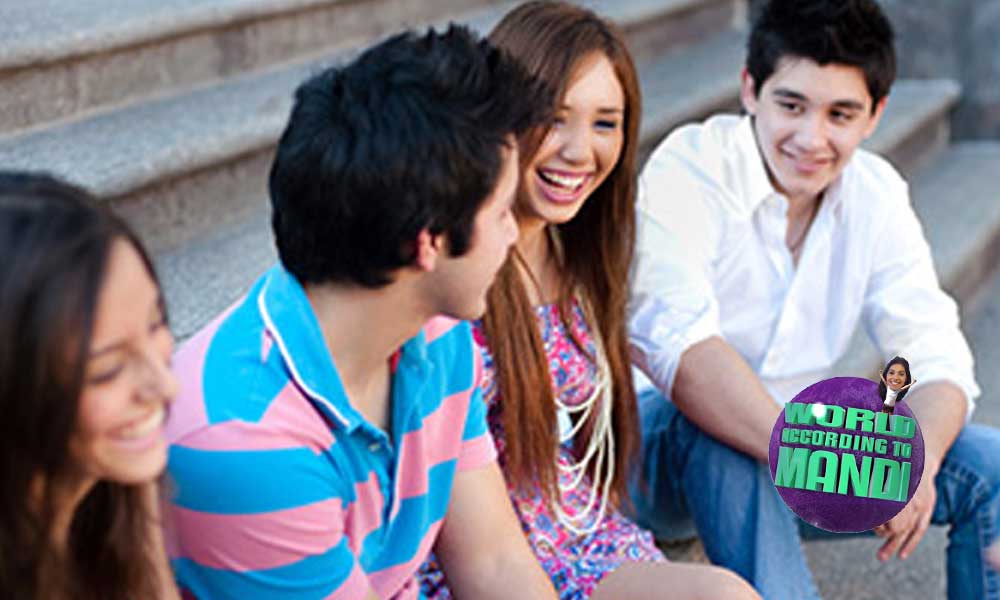 I’m an American. I’ve lived in America all of my life. Most of my friends are the same. As Americans, we continually ask people where they are from. It’s a normal question to ask someone, especially since our country is so large, right? WRONG! When someone asks you this question, we all know that’s not what they’re really asking. Stop it already.

Asking where someone is from seems to be the way we ask people now a days what their ‘ethnic background’ is. I don’t understand this. America is known as a melting pot. People have come from all over the world to live here, and let’s face it, most of our families have lived in America for generations now. Why do we still identify with these foreign places? Why does it matter in an everyday conversation where our great great grandparents were born? The one thing that’s evident to me, this has perpetuated our ethnic and racial biases. Aren’t we all Americans since we live in this country?

ALSO ON BUZZCHOMP: Diary of a Running Chick Part One – Why I Run

“Where are you from?” This question is just rude! I know the hidden meaning, so I always answer this question literally. I’m from Boston. That is always my answer. But nine out of ten times people change their phrasing of this question afterwards. They do not care where I’m from, but want to know what my ethnic background is. Why does this matter so much? Why do they care? It shouldn’t matter if I’m Italian, Greek, English, French, Mexican etc. I’m not from any of those countries. I’ve never lived in another country for longer than four months. They have little to do with who I am.

What do people think they’ll accomplish from knowing the answer to this question? Does it make us relate to someone else better? “Your great grandparents are Irish?” “Mine too!” Now we can instantly be best friends, because we’re both of Irish decent, among others. It’s not like we both live in the United States of America, were born here, have all of our family here, and currently live in the same city as one another. None of that bonds us, but our ethnic background sure does! Really kids? Really?

I’m all for being proud of our heritage. It’s amazing the way our ancestors traveled around this world, especially in times when it wasn’t so easy. It’s also amazing that all of these different cultures have merged together to form a new one. I love that we have access to so much knowledge, different religions, foods, and cultural experiences. All of those things are great! That’s what it means to be American.

Perpetuating the question of “ethnic origin” puts each of us into a little box, when it’s not what we are, where we’re from, or even where our ancestors came from that defines us as individuals. None of that matters. None of it truly makes us who we are as people. If anything, it’s just contributing to the current climate of our country. The current divide where people feel a need to fight for something that isn’t real. We are so interested in why someone has the color of their skin, instead of accepting that it doesn’t matter. We are all just Americans living in this country together.

Shouldn’t that band us together. We are all 21st century Americans living in an amazing time of incredible change. Our country has changed drastically in the last fifty years, but somehow it still matters what color your skin is and what religion you practice? No kids! It doesn’t matter. It only matters because we still think it should matter. We are unwilling to accept the change. It’s a notion of the past that we’ve clung to, holding on so tight that we’re not willing to look around and see that it doesn’t matter anymore. Its time to look up from our feet and step forward. The past is dead and gone.

Let’s stop asking this question and just accept that we’re all Americans! You sound like an American, you look like an American, oh snap kids, you are an American. You don’t have to perpetuate old stereotypes. Let them go. Let’s break the cycle. Asking people where they are from is lame, especially when that’s not the question you’re really asking.