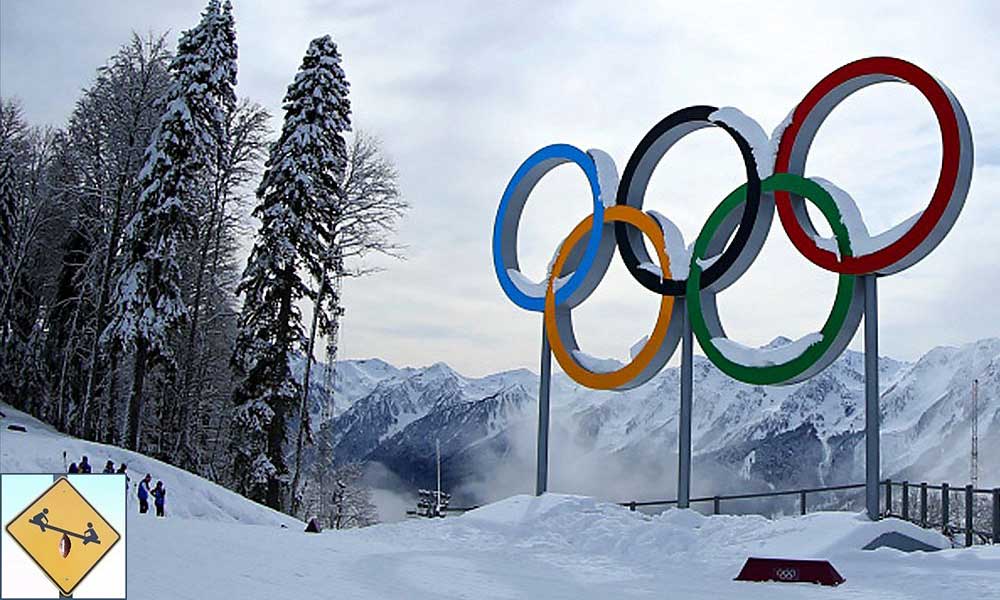 We’re celebrating the decidedly unfunny 2018 Winter Olympics with a Sports Quotes Challenge that is both sad and hilarious. Which former Olympian said this quote? They said what?

They Said What? Sports Quotes challenge is celebrating the 2018 Winter Olympics. The rules are simple. One person supplies a sports quote, either said by a sportsman or spoken about sports. Three clues are supplied as to who the speaker is, and the other person has to guess who uttered the quote.

The 2018 Winter Olympics have officially begun, but there’s nothing funny about countries competing for world glory and gold medals. That’s where we come in! Our sports quotes challenge has the highs, lows, and hilarity that we want from our winter olympics.

Dan Salem: Your quote comes from the world of olympic competition, but is not limited to the winter games. I found it funny, but I suppose you could find it uplifting or sad or something in between, Regardless, its pretty awesome, so here you go.

“When I was in the ring at the Olympics, it was my father’s words that I was hearing, not the coaches’. I never listened to what the coaches said. I would call my father and he would give me advice from prison.”

Hint One: He medaled in the 1996 Atlanta Olympic Games.

Second Hint: He boxed in five different weight classes during his career.

Hint Three: He competed on Dancing with the Stars.

This quote is both funny and sad, so you nailed it on the head. There are only so many boxers in our lifetimes that are anything approaching famous, which must certainly aid me in this guess. Someone who competed in ’96 must be somewhere between 40 and 60 years old right now. Your second hint throws me for a loop, yet I lean toward a smaller boxer because of this. Heavyweights, in general, don’t jump classes like that, especially since there is no upper threshold to jump between. But smaller guys can bounce between classes as they go for different belts. That rules out Mike Tyson, Evander Holyfield, etc.

Hint three would be the big one and would probably reveal the answer to me almost immediately, if I had ever watched the show. I can’t imagine more than two or three boxers have ever appeared, which would certainly help me pick a speaker. Oscar De La Hoya, Manny Pacquiao, and some others may have made the competition. Which brings me back to the quote. This guy had a boxing father and a criminal father. I don’t know if some of these others guys had such an influence, but I know Floyd Mayweather did and does. And yet, he doesn’t feel old enough to have medaled in ’96 and certainly doesn’t feel like someone who would have been on Dancing With the Stars.

My official guess is Roy Jones Jr. I know he was an Olympian. He was always deemed the best boxer, pound-for-pound, which would lead me to believe he could have bounced between some lower classes. Perhaps he was on DWTS, and perhaps his father was a big boxing influence. I’m taking a leap here since no one else checks off enough categories.

Oh, you had it and then fell victim to the second guess. Floyd Mayweather Jr. is the correct answer. He won a bronze medal in the 1996 Olympic Games as an amateur, then went pro thereafter. It was a highly controversial decision. Team USA protested because he landed more punches and lost in a 9-10 judges’ decision. Mayweather likely deserved the victory.

Mayweather competed on DWTS in 2007, because the show has been on forever. I had to leave out the best hint of all, because it would have given it away. He was undefeated in his professional career, going 50-0 and winning his final fight against Connor McGregor in 2017.

Check It Out: The Walking Dead Ultimate Fan Gear