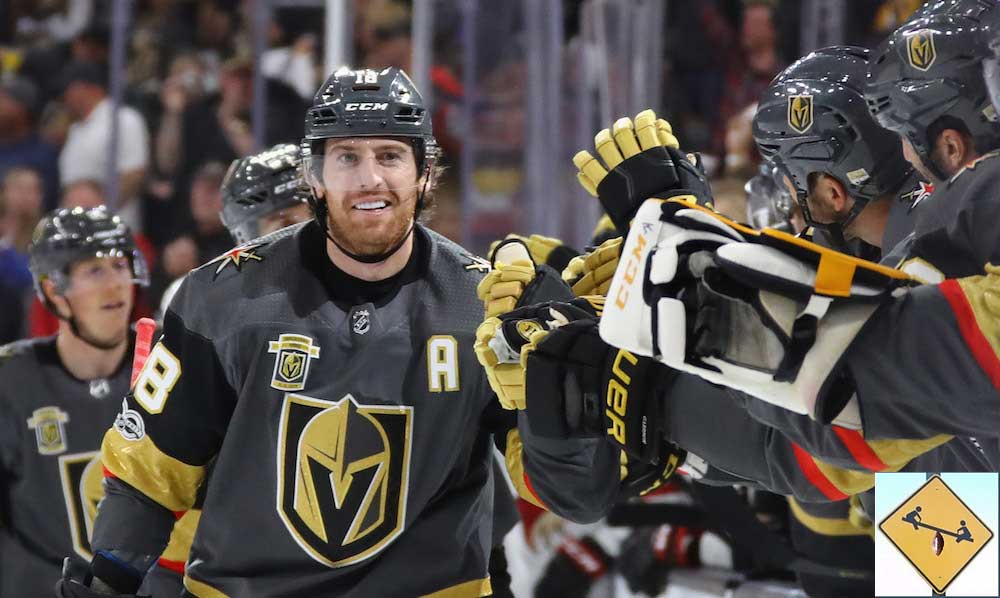 The NHL season is still young, but the New Jersey Devils and Las Vegas Knights are on fire! Both lead the NHL, with Vegas on a seven-game win streak. Early excitement abounds in the 2018 NHL standings.

Today is January 1st. The longest active winning streak in the NHL is a seven-game streak by the Las Vegas Golden Knights. The New Jersey Devils had a five-game streak until Friday evening. Vegas currently has the second-most points in the NHL. Last year, the team didn’t exist. As for the Devils, they are currently tied for third in the league. Last year, they had the worst record in the Eastern Conference.

Is there any precedent for what is happening in the NHL this season? Two of the worst teams possible (one that had the first pick in the draft and one that had no roster at all) are now among the top squads in the league just a few months later.

Everyone sites the NFL as the king of parity. Teams routinely travel from worst to first and vice versa within their own divisions. But what about in the league at-large? This would be like the Cleveland Browns and some pending Mexico City team grabbing first-round byes in the playoffs.

It’s still early in the year, and a number of teams are bunched up with New Jersey at 50 points, so some of this is scheduling noise. But, as I like to say, those points are banked. They cannot be taken away from the Devils or the Knights. For whatever power rankings are worth, ESPN currently places Vegas and NJ as the second- and sixth-best teams in the sport respectively. For reference, those same writers power ranked Vegas 31st (dead last) and New Jersey 26th in the preseason.

Maybe comparing anyone to the Browns is unfair. Perhaps there are NFL comparisons for what New Jersey is doing. Jacksonville went 3-13 in 2016 only to clinch the AFC South with 10 wins in 2017. The Rams were 4-12 a season ago but now look like one of the best teams in the league. Yet I still have no explanation for Vegas being this good. It is an expansion team that was projected to collect 68.5 points this season according to preseason over/unders. With more than half the season still remaining, the Golden Knights are already at 54.

It’s hard to truly quantify the extent of what the Vegas Knights and New Jersey Devils are currently achieving in the 2018 NHL standings. Now more than ever, we see teams go from “worst to first” so to speak every season in each major sport. The Minnesota Twins did so during the 2017 MLB season. Jacksonville and the Los Angeles Rams achieved the feat during the 2017 NFL season. Now New Jersey and Vegas are on track to complete the transition in the NHL.

I would otherwise be impressed with the Devils, but their accomplishment is no longer unexpected in sports. Its more a matter of which team will make the turnaround in a given season, rather than if a team will pull it off. Yet the Knights seven game win-streak and their unprecedented place in the current 2018 NHL standings is a thing of beauty. Vegas is an expansion team. They received the cast-offs and bottom rung talent from each NHL team. Despite building their roster from an obviously deficient talent pool, the Knights are winning like very few teams in hockey currently are.

Is it coaching, the roster construction, good fortune created from zero expectations, or some combination of the three? Vegas is going to blow away their win projection for the year. Anyone who bet on this team prior to the season is due to cash in big time. I truly hope the Knights keep winning and find their way deep into the playoffs. The Cleveland Browns of the NFL might be playing like an expansion team, but they are far from it. Vegas is doing something special. Hell, so are the Devils, but in less spectacular fashion. I don’t know if this will ultimately be a special NHL season or not, but the early going has been extremely exciting!

2018 NHL Standings Photo Credits: Blackhawk Up and Empire Writes Back