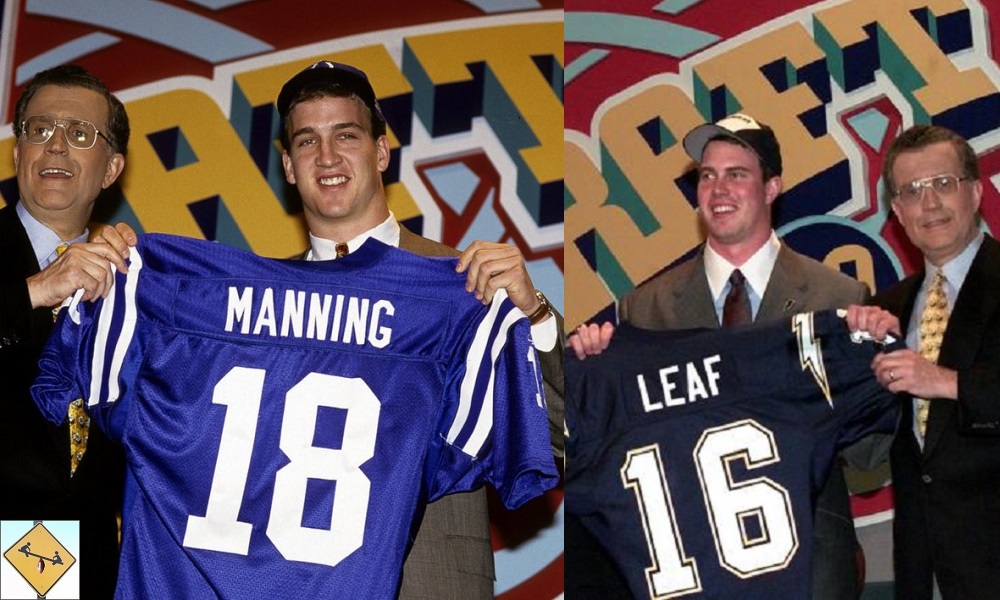 The 2018 NFL Draft grades are flying, with some truly scathing reviews being handed out. That got us thinking, which player had the worst evaluation EVER? Time for a trivia challenge! They said what?

Following our 2018 NFL Draft trivia challenge is an even harder round of They Said What? With 2018 NFL Draft grades being doled out, we give you the Worst Evaluation EVER and more Sports Trivia Challenge! The rules are simple. One person supplies a sports quote, either said by a sportsman or spoken about sports. Three clues are supplied as to who the speaker is, and the other person has to guess who uttered the quote.

Everyone loves 2018 NFL Draft Grades, but no one likes to admit when they are wrong. The hype usually lasts until week one of the new season, but sometimes it fails to die even under mitigating circumstances. Perhaps the most infamous error ever made was by the then San Diego Chargers who chose to draft quarterback Ryan Leaf. He graded rather well and it was a legitimate debate between him and Peyton Manning.

Dan Salem: The above statement is no longer true, making this NFL Draft quote so sweet. Since we know who the quote is about, your job is to guess who said it.

“Ryan Leaf is doing great. If he progresses the way he is now, we’re going to have a quarterback that’s going to be reckoned with in the near future. And that’s not political.”

Hint One: This was said by a former NFL player who was also drafted in the top ten of the first round when he was selected.

Second Hint: He played for three teams during his illustrious career, all in the AFC.

Hint Three: He was never a coach at any level. Considering his evaluation of Leaf, we know why.

Man, this is a tough round. It’s my fault for giving you a wimpy quote to start things off. I’m even more confused by the finish to the quote. Why would this person’s feelings on Leaf be political in the first place? The only thing I assumed was that he was employed by the Chargers at the time, but you said he was never a coach, so I’m left to blindly guess.

Grasping at pieces, I am going to go with Marcus Allen. I know he was a relatively high draft pick when he was selected out of USC. I know he played for at least two AFC teams during his career: the Raiders and Chiefs. Maaaybe there was a third I cannot remember. He was never a coach that I recall, and he seems like a personality that would have been an analyst at some point. His age also lines up with someone who could have been discussing Leaf in that vein.

That’s the best I got.

Oh man, you were so close with your thought process, yet missed the necessary conclusion. The speaker was a member of the Chargers at the time, but as a player. He is perhaps the greatest player to ever where the team’s uniform and wanted to make it clear that his opinions were not political, but the truth. Ultimately he was wrong.

The man in question is Junior Seau, former linebacker of the Chargers. Seau also played for the Dolphins and Patriots at the end of his career. He unquestionably missed on his evaluation of Leaf as well.