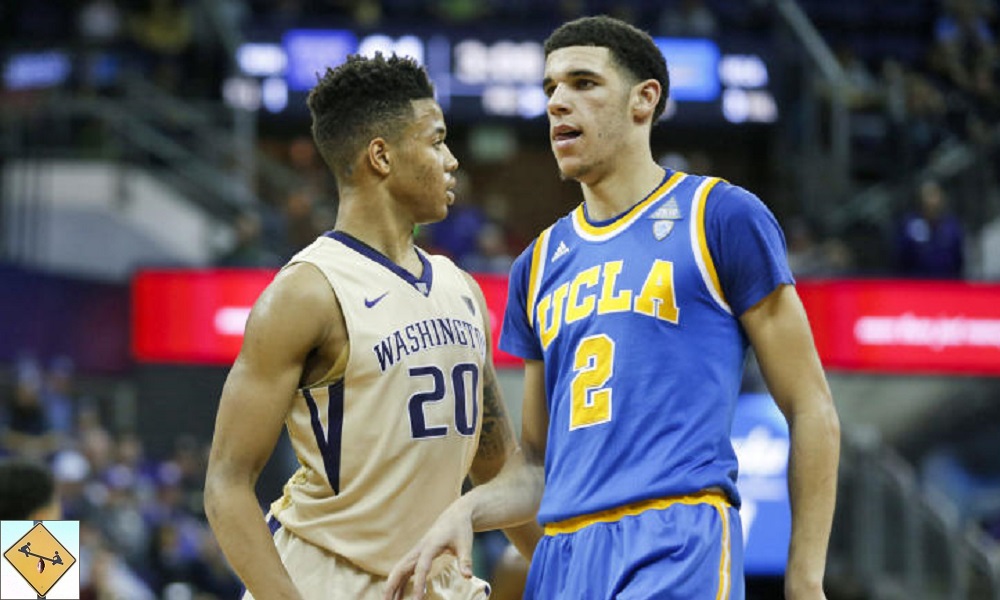 The 2017 NBA Draft is super interesting because of Mr. Ball, but the circus comes with consequences. Rooting for Lonzo Ball to fail is unavoidable. Can the Lakers avoid drafting him?

This NBA season was very unsatisfying and predictable. We still don’t know who the league MVP is because of the weird scheduling change of the awards, but no one even cares anymore. Next year will probably be much of the same. We can take solace in the fact that next week’s 2017 NBA Draft could be full of big moves though! Maybe. Unless it’s not.

There have been trade rumors surrounding every team in the top five. Rumors are swirling around Paul George, Kevin Love, Andre Drummond, Jimmy Butler, and others. Thoughts are that Boston, Los Angeles, and/or Philadelphia may be looking to trade down. Sacramento and Detroit may be looking to move up. Phoenix could flip assets to move either direction. Maybe. Unless they all don’t. Obviously, everything surrounding the draft is posturing and rumor. We don’t know anything until it happens, unless we are Adrian Wojnarowski.

One rumor that has gained the most steam is that the Lakers are not sold on Lonzo Ball as the second pick in the draft (if he were available at two). This feels like the greatest bit of posturing possible, right? Los Angeles is right to keep its options open. It is right to not reveal its hand too early. It is right to try out other players, listen to trades, and feel out the market. LA would probably be wrong, though, to pass on Ball at two.

Laying my cards on the table, I am rooting for the Lakers to pass on him. I am also kind of rooting for the kid to fail. Really, I want his dad to fail, which I’m sure is a popular narrative nowadays, but that would require his son to fail since his dad doesn’t, you know, actually play. But since rooting for Lonzo to fail in the NBA just because of his dad feels harsh, the next best thing would be to see him go to a terrible NBA city like Sacramento or Phoenix or anywhere other than LA. This would be a failure on his dad’s part, while still allowing him to succeed at basketball. Since I have no love for the Lakers, it would also be kind of funny to see them pass on the definitive second-best prospect in this draft.

I live and die on the Frank Ntilikina perch (it’s lonely up here), and I think Dennis Smith is the most underrated lottery prospect, but even I’ll admit that Markelle Fultz and Ball are the top two point guards and top two players available this year. Passing on the latter to prove a point or stick it to the prospect’s dad would be ridiculously stupid. I’m just hoping the Lakers are that stupid. Either that, or they truly believe his game and demeanor won’t translate to NBA success.

You have to admit that Mr. Ball has made the 2017 NBA Draft infinitely more interesting and fun. Did you notice that every single person refers to him by his first name? It’s like he matters or something? Its like his son has actually won anything at all to this point? Lonzo Ball had a nice career at UCLA, all be it a short one. He is an excellent NBA prospect, but considering Mr. Ball comes with him, teams must seriously consider if he’s worth the headache.

No one is projecting Lonzo Ball first overall to the Celtics and I don’t see Boston drafting him. But why not? He is considered only a small step behind Fultz, so if both players are easily the best two in the draft, don’t you have to consider both equally? Why would you trade your top pick when you can select a future all-star? I’d be shocked if either Boston or Los Angeles actually trade down. Neither team is good enough to win a title right now. They both need another young star.

The obvious sludge in the pipes is Mr. Ball. He mucks up what would otherwise be a pretty easy decision. He wants his own star to shine as brightly as possible, meaning that Los Angeles is his best option. For his son. I don’t see this circus fitting on any other team in the NBA, besides maybe the New York Knicks. Yet where do you draw the line as a franchise? Can the Lakers truly pass on the best player available to avoid the crap show that Mr. Ball brings with him? This is why we have so many trade rumors. This is why Los Angeles has been testing the waters and trying out other players. How badly does Lonzo Ball want to be a Laker? Will he EVER tell his dad to shut his mouth?


I’m legitimately excited for the 2017 NBA Draft because of Mr. Ball and his circus. But all things NBA must come full circle, and no matter what team Ball and Fultz end up on, they are not seriously competing for a championship next season. Boston is close… to Cleveland… who is a full leg behind the Warriors. Every team still has ways to go.