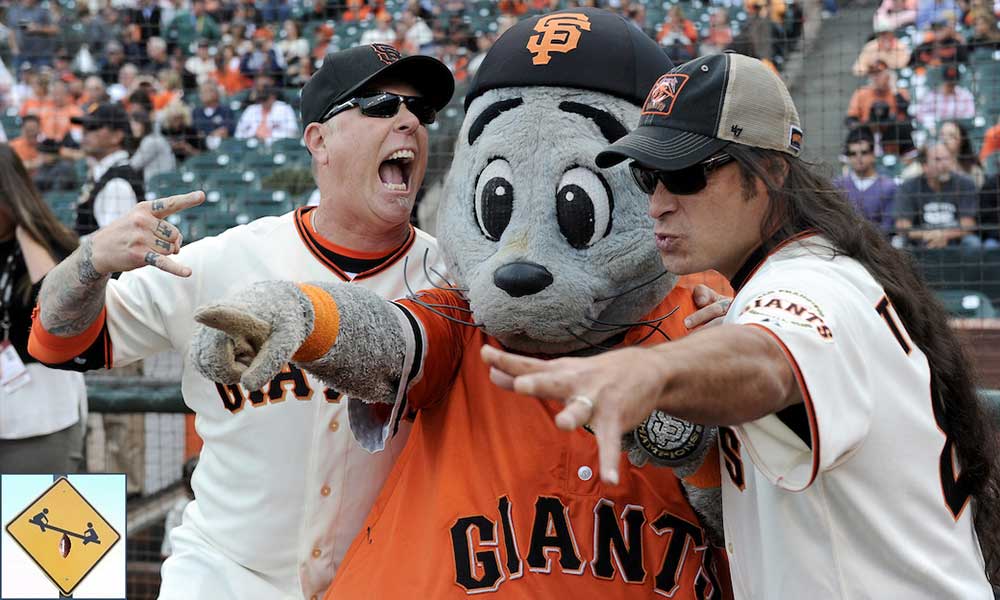 What are the lies and truths of the mid-May 2017 MLB Standings? Final projections by Fangraphs try to make sense of the madness, but what can be trusted? MLB debate.

The New York Yankees are on their way to having a great season. Even after a series loss to the AL’s best, the Houston Astros, New York is in pretty good shape. Taking a look around MLB, though, the standings present a rather surprising picture.

Did you know the Minnesota Twins are in first place in the AL Central? The Chicago Cubs are in fourth place in the NL Central. The San Francisco Giants, New York Mets, Seattle Mariners, and Texas Rangers (all likely wildcard teams before the season started) are already an average of more than eight games out of their respective division leads. It’s barely the middle of May! The 2017 MLB Standings are nutty!

ALSO ON BUZZCHOMP: New York Yankees Real or Phony in 2017?

On the other hand, it’s barely the middle of May. Memorial Day, the first real checkpoint of the baseball season, is two weeks out. It feels too early to close the book on anyone. Even the Toronto Blue Jays have won five games in a row and eight of their past 10. Early is early. The important point to remember though when projecting rest-of-season standings is the teams that are struggling are no longer projected to reach the heights they were preseason. For the most part, even a good team like Chicago is projected to win the same percentage of games it was before the season. The Cubs’ 18-19 record is banked. They aren’t necessarily expected to now overcome a .500 start to still win their projected 95 games. Instead, they can play on a 95-win pace, but extrapolated over what games remain. Obviously schedule makeup, injuries, etc. play into trends during the year, but these losses are banked, even for the most talented clubs.

According to Fangraphs, the Giants are expected to have the second-best winning percentage in their division the rest of the way. That is essentially what everyone expected preseason. The Dodgers would win the division, and San Francisco would be second-best. Of course, having already banked 24 losses in 39 games, Fangraphs also projects it being too late for San Francisco to come back and make the playoffs. Both parts can be real. The Giants can be the second-best team in the West from here on out and still miss the playoffs behind Colorado and/or Arizona.

What is your reaction to these playoff prediction systems? Too optimistic for these “good” teams with bad starts? Too kind? Overlooking questionable teams with hot starts? The aforementioned Twins are only given a 10 percent chance of making the playoffs despite residing in first place on May 15th. Our Yankees are only expected to win 51 percent of their remaining games. That should get them in the postseason thanks to the hot start, but it would be quite a dramatic drop from their current .629 clip. And maybe it’s too kind after that starting pitching from yesterday’s double-header. Yikes.

I don’t usually put much credibility into the MLB standings mid-May, with two key exceptions. The very best and very worst teams are to be believed. They are who we now think they are, and will continue to play as such over the length of the season. That means our 2017 MLB standings and the final projections by Fangraphs are actually spot on this year.

I know! I’m as surprised as you are. The ‘good’ teams who’ve played average thus far are only a few games back in their respective divisions. It’s logical to assume they’ll ultimately play up to preseason expectations, or close. This includes the Chicago Cubs, Los Angeles Dodgers, Cleveland Indians, and Boston Red Sox. All four teams are fewer than five games back in their respective divisions and hovering around a .500 record. I believe these four teams play better baseball going forward and make the playoffs. But not all four will win their divisions.

With those four teams in mind, there are several others who are done, despite being preseason favorites. The San Francisco Giants, Pittsburgh Pirates, Kansas City Royals, and Toronto Blue Jays are all at or near the bottom of their respective divisions. Fangraphs does not project any of them to even sniff a wildcard spot in the postseason.


Those are the ‘good’ teams who are actually bad and the ‘good’ teams playing average baseball thus far in 2017, but what about the actual good teams who we never saw coming? Colorado, Minnesota, and the New York Yankees are all in first place despite no one believing in them prior to the year. The Rockies and Yankees have a better than 50% chance of making the playoffs according to Fangraphs, but the Twins are way down at 9%. This is the lone error in their calculations. All three are playing great and should be considered favorites going forward in the 2017 MLB standings.