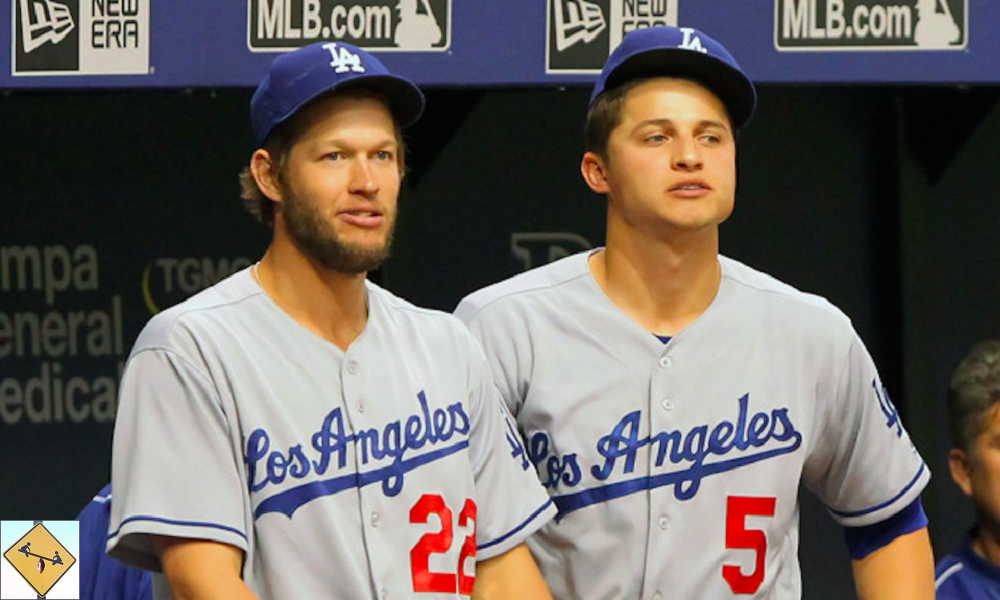 The 2017 MLB All-Star Game rosters make one thing very clear. This is a weird MLB season. Who will you be excited to watch in the game? More players than you think!

On Sunday night, the lineups for the 2017 MLB All-Star game were announced. This sneaked up on me. Though I knew the Home Run Derby and All-Star game were coming very soon, it didn’t register that the roster announcements would be coming so quickly.

I say that to say this: 2017 has been a freakin’ weird year in baseball.

Salvador Perez is the AL starting catcher. There is nothing weird about that. He’s been good. What is weird is that he is the only qualified AL catcher in baseball. No one else has enough at-bats thanks to platoons.

ALSO ON BUZZCHOMP: Chris Paul Full of Quotes Post NBA Trade, But Which Are His?

AL first base is even weirder. The top three players based on OPS are Justin Smoak, Logan Morrison, and Yonder Alonso. All three went completely undrafted in standard fantasy leagues this spring. All three have had blah to disappointing careers. None of the three have ever been this good. Smoak is now starting in an All-Star game, Alonso is a reserve, and Morrison could get in on the final vote.

Jose Ramirez is the starting third baseman, and he is completely deserving. Avisail Garcia is an All-Star reserve and is deserving. Ervin Santana and Jason Vargas are totally deserving of their pitching nods as well. It’s wacky.

The NL lineup makes a bit more sense, but only slightly. Zack Cozart is a deserving starting All-Star. Jake Lamb is a deserving sub. It’s weird that D.J. LaMahieu made the team as a guy with no power and no speed. It’s also weird that not a single Cubs hitter made the team but, I mean, who should have? Kris Bryant could have found a spot (and still might in the final vote), but he wasn’t snubbed when other guys at his spot have been just as good.

In other sports, there are no surprise All-Stars. If anything weird happens, it’s because a bunch of normal superstars got hurt and a second tier stepped into their spot. With baseball, nothing like that has happened. Instead, it’s just out-of-nowhere no-name dudes having great, inexplicable years. And they are being rewarded.

I’m not sure that’s good for the quality and interest of the All-Star game itself. I have no desire to watch these guys hit. At least the game doesn’t count anymore!

The 4th of July always means the middle of the MLB season, so the 2017 MLB All-star game announcements feel perfectly timed! Yet it’s certainly a weird year for the sport of baseball. On a personal note, can you believe that our “rebuilding” New York Yankees have five All-stars? Can you believe that Aaron Judge is actually as great as we’d hoped him to be? You can poo poo the 2017 crop of all-stars all you want, but there are a ton of guys to get excited about.

Regarding the players who legitimately earned all-star honors, yet we’ve basically never heard of until right now, I’m hesitant to jump on the bandwagon and start remembering their names. Only half of them will maintain this level of dominance through the remainder of the season. Slice that number in half again when talking about the guys who will be just as great next year too. That means only one in four of these “surprise” all-stars will be back on the ballot in 2018. Did you like my math? It felt logical and well calculated, but it totally wasn’t. In the past, during what is unkindly called the steroid era, players who came out of nowhere and put up all-star performances were juicing. Are these guys using performance enhancers deemed illegal by the sport of baseball? It sucks that we must ask, but I’d be remiss if I did not offer up the question.

I’m excited for the youth movement in baseball. Its been growing for several seasons, but the 2017 MLB All-Star game seems to have reached a climax. The Toronto Blue Jays are having an awful season, but on the plus side their first baseman Justin Smoak is starting in his first all-star game. The Houston Astros have returned to form this season, with second baseman Jose Altuve once again in the all-star game, and shortstop Carlos Correa making his first appearance. New all-stars are great for baseball, especially when the guys play for the best teams in the sport. Aaron Judge vs Bryce Harper is amazing. The AL team also has Mike Trout and Gary Sanchez, two long ball hitters who are sure to excite. Because the game doesn’t count, we are likely to see almost every reserve play in the game. Boom!

More Entertainment: Marvel’s Inhumans Just A X-men Knockoff, But Why?


I can’t help but get excited for the 2017 MLB All-star game. The sport of baseball is changing and it desperately needs new stars to rise up and claim the face of the game. This season we have the older “new” stars like Harper and Trout mixing with actual new stars like Judge and Corey Seager. Someone from the Cubs should be in the all-star game… except that Chicago is playing average baseball. What a weird season.