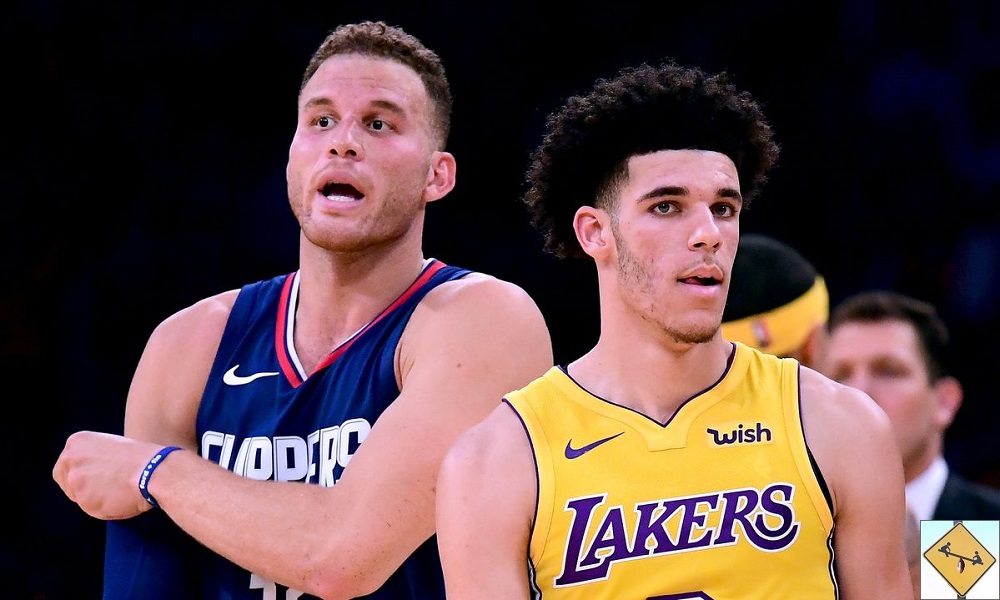 The NBA season has gotten off to a wacky start. Who’s record is real and which teams are phony in the Western Conference? Your 2017-18 NBA Predictions.

The NBA Eastern Conference seems to be working itself out, just as we thought in the first half of our 2017-18 NBA Predictions. The Cleveland Cavaliers have now won four straight games, and our preseason top four are all in the top five. But what about out west? The Western Conference is headed by Golden State and Houston, as many expected. But the middle and bottom of the conference have had their share of surprises through the first month.

The Los Angeles Clippers, who came out of the gate like gangbusters, have lost a league-high eight straight games. So who are the real Clips? The team that started 4-0 or the team that has gone 1-10 since? As always with these scenarios, the truth lies somewhere in the middle, but I actually lean toward early season Clippers. Patrick Beverly has been sidelined for five straight games during this losing streak, and Danilo Gallinari has been out for even longer; the team has also played five of its last six on the road. Though it still has three more road games coming right up this week, I expect a bounce back soon enough.

ALSO ON BUZZCHOMP: Real vs Phony in Eastern Conference

The Oklahoma City Thunder have also started slowly this season. Their +5.4 point differential indicates a much better team than the record shows thus far, but eight losses have been banked nonetheless. Russell Westbrook has had a shaky start acclimating his new teammates. A turnaround isn’t that unreasonable. Of course, if OKC and perhaps LA move back up the standings, other teams have to fall. Who are the phony West contenders through the first month?

They are hard to spot. Maybe you want to say Portland is overachieving, but it has the fifth-best point differential in the entire NBA. I expect Memphis to continue to drop, but we have already seen them slide after a hot start. The bottom of the West playoff picture is going to be cramped regardless. Forgetting records for the moment (since someone like Phoenix isn’t really in this discussion), I see 10 teams for eight spots, even removing the Grizzlies from my equation. How many playoff contenders do you have at this juncture? It has to be more than the allowable eight. Give me your Western Conference 2017-18 NBA Predictions.

Unlike in the Eastern Conference, I do not believe in the validity of much early season Western Conference success. A team’s point differential tells the story early on, and this leaves four teams competing for the final two playoff spots. I too have 10 legitimate contenders in the west, including Memphis.

The top six teams are pretty much locked in, having found their groove. Portland and Denver may cool off even more, but their differential tells me they aren’t going anywhere. These are two winning teams who will find themselves in the playoffs. The Pelicans and Lakers will not. I don’t care about records right now, outside of the obvious extremes like Boston and Dallas. Scoring more points than your opponent rings true in every major sport.

Memphis, Utah, OKC, and the Clippers will be competing for the final two playoff spots in the west. How do I know this? All four teams are near zero in terms of point differential. I hate preaching stats, but this one is too revealing. The Thunder are great in this regard, meaning their record will turn accordingly. It would not surprise me to find them in the top four by season’s end. Despite the Clippers eight game losing streak and 5-10 record, they are only -0.3 in differential. Anything close to zero at this juncture indicates reason for hope, especially since Los Angeles has been a perennial playoff team.

I don’t believe in the Timberwolves for a similar reason. They are about as good as the Clippers, if we simply use this one statistic, yet currently sit in third place in the conference. Phony! Players may have changed teams, but in the West its the same crop of teams in the playoff hunt this season. 2017-18 NBA Predictions are not hard, because not much has changed in the playoff landscape.