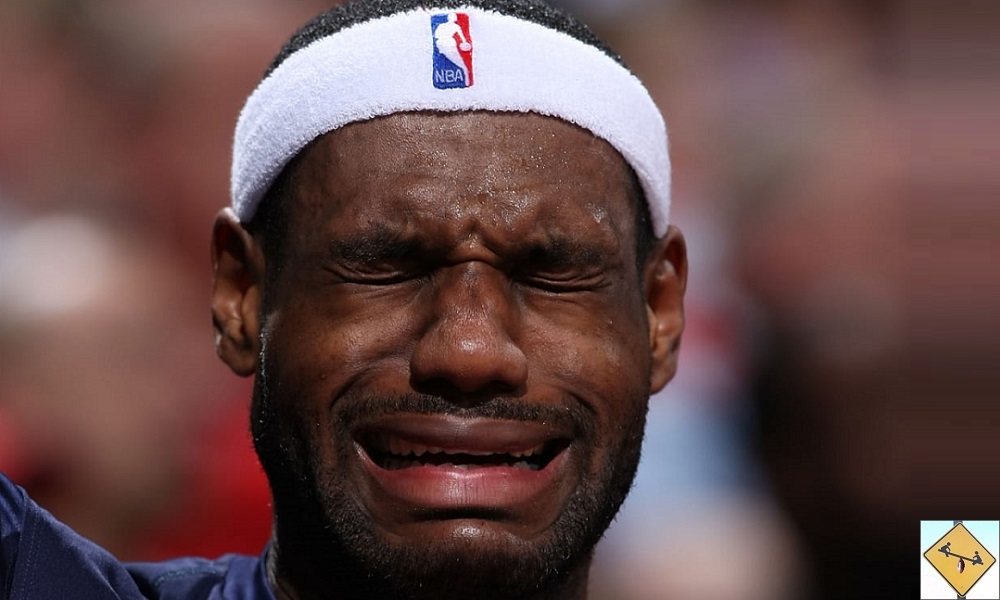 There are Five Tiers of mediocrity in the NBA, but predicting who will be good and bad is really hard. Only the Warriors are guaranteed to be great. Your 2017-18 NBA Predictions.

The 2017-18 NBA season tips off this week. Last season offered little in the way of excitement as the two heavy favorites met again in the NBA Finals. However, this offseason brought with it unimaginable shakeups of some of the biggest and best players in the sport. Does this change the 2018 championship picture? Probably not, but boy was it fun getting here!

This season, the teams fall into clear and precise tiers. Your 2017-18 NBA Predictions. They are as follows:

No one else is winning the title unless injuries and in-fighting befall the Warriors. This isn’t breaking any new ground; just look at Golden State’s title odds.

Notice the Eastern Conference has more playoff certainties than the West. This doesn’t at all mean the East is more powerful at the top. On the contrary, because the East is such a craven cesspool down below, the top four in the conference should cruise to the postseason. Things are much trickier in the West.

All of these teams have legit playoff chances but could also fall into the lottery by season’s end. No one on this list is guaranteed late spring basketball. Again notice, because the East is so much worse, its borderline playoff teams are much less talented than the West’s. Just the way it goes.

I’m higher on the Lakers than some. I think there’s a small chance they battle for an eighth seed. Same goes for Memphis and Detroit, though don’t count on any of them.

These teams are already out of it. For the most part, their fan bases already know it too. This is the last year that tanking for the number one spot is beneficial. We could see a lot of losing out of this bunch (although a team like Brooklyn, who doesn’t own its pick, will be trying to win and simply failing at it).

ALSO ON BUZZCHOMP: Who Won The Week in Movie Trailers?

My order within the tiers isn’t important. I listed teams by conference and then based on preseason title odds. The tier construction itself is what matters here. What do I have wrong? How do your 2017-18 NBA Predictions shake out? Obviously, you’re not going to tell me the Knicks are going to be battling until spring, but maybe you think there’s a chance and they belong up a tier. Where are the errors? Don’t say the Knicks are one, though, because you’d be incredibly mistaken.

You don’t think the New York Knicks probably stink, but have a chance? With their roster cleaned up, maybe the Knicks find some real team chemistry and seize that eighth playoff spot in a consistently weak Eastern conference, putting them firmly in Tier Four to start the season. Or maybe they are just really bad once again, like their cross-town colleagues the Brooklyn Nets. Its fun to argue over how bad or shockingly good a team might be. When you get completely written off, funny things happen. See the 2017 New York Jets. Moving along.

I have a difficult time with the Dallas Mavericks being completely out of any kind of competition for respectability, because Dirk Nowitzki is still playing. I want to put his team in Tier Four, but here I go again arguing over whether a team is really bad, or just probably really bad. I believe the Los Angeles Lakers will be battling until the Spring, placing them in Tier Three. LA is going to be a tough win for everyone, but I’m not sure they quite steal a playoff spot this season.

The optimist in me wants Tier Three to be much larger. It also wants the Los Angeles Clippers in Tier Two. Your worry is understandable, but Blake Griffin is as good as advertised. Remove injuries from the equation and the Clippers comfortably make the playoffs. Be realistic and assume Griffin misses a month this season, and I get why Los Angeles is no lock for postseason play. My instincts say they make it. They belong in Tier Two.

You nailed the rest of the league, or did a nice job of grouping teams by what EVERYONE knows already. Making 2017-18 NBA Predictions feels even sillier than last season. At least then we had two teams in Tier One to begin the year. But with LeBron James nursing an injury and the roster shakeup that went down in Cleveland, we can’t guarantee anything beyond the Warriors being great. I’m excited for a team in Tier Five to be surprisingly good, but unlike the NFL and MLB, it doesn’t happen very often in the NBA. Who will lose to Golden State this season? Can LeBron get one more title in his prime? It doesn’t matter and probably not. At least the games are fun to watch!