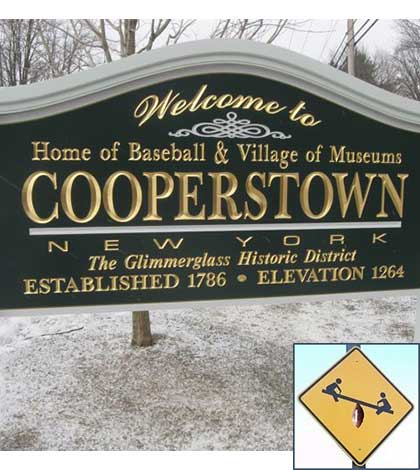 The upcoming 2016 MLB Hall of Fame class looks overcrowded, but can anyone outside of Ken Griffey Jr. actually get in? This year’s class was considered large with four greats inducted, yet don’t count on a trend.

Next year, there will be some space to add in a few of these players who lost out on making it into the “large class” of 2015.

Mike Piazza was close enough that his induction seems like a foregone conclusion. The same cannot be said of anyone else, although I’m with you on Jeff Bagwell and Curt Schilling. I think they both should be in. We differ on your remaining deserving candidates a bit.

Add to that trio newcomer Ken Griffey Jr., a guaranteed first-ballot Hall of Famer, and we are already at four inductees. But Griffey Jr. is really the only new player on the ballot deserving of immediate consideration.

There is thus going to be an even larger group of those iffy candidates, the Edgar Martinez, Jeff Kent, Mike Mussina and Larry Walker group currently. Jim Edmonds joins that crew as a man who’s batting numbers don’t necessarily hold up, but his center field defense was extraordinary and should help his cause. And then there’s closer Trevor Hoffman, he of the 601 career saves.

That last figure may be enough to get him in eventually, even while the rest of his stats are worse all-around than fellow first-year closer Billy Wagner. Wagner never got to even 425 saves meaning his has zero chance at making the Hall. His ERA, WHIP, strikeout and peak-WAR stats were all superior to Hoffman’s though. What this says to me is since Wagner has no chance, Hoffman shouldn’t either.

So that leaves us with perhaps four new inductees in 2016 and then a very slowly diminishing list of maybes because we still don’t even know where to slot in Barry Bonds and Roger Clemens…unless we do. Maybe we finally have enough evidence to safely slot them out with the argument being that the group of voters who would consider putting them in have already done so and no one else is going to join them.

Also, I can’t wait for someone to vote for David Eckstein because of his grit and playoff determination.

I’m hoping the Major League Baseball writers induct four more players into the Hall of Fame in 2016, but that likelihood is shrinking fast. My bold prediction, if you can even call it that, is the induction of Ken Griffey Jr. and Mike Piazza, with Curt Schilling having to wait one more year until his name is called.

There are no clear guidelines for voting, no statistical demarcations, no career milestones. Writers can vote with their hearts; the beauty and flaw of the MLB Hall of Fame inductions. Cooperstown has grown to monolithic proportions in the minds and souls of baseball fans, all thanks to voters instincts and heart. But it’s those very instincts that keep players like Jeff Bagwell and Edgar Martinez on the outside of immortality.

Trevor Hoffman is getting into the Hall of Fame, so don’t bother holding your breath in wait. He won’t go first ballot, that would be crazy, but with over 600 saves he is getting the call down the road. I understand the comparisons to Billy Wagner, but ultimately Wagner falls into the ‘maybe’ category and will end up stuck there.

This debate reminds me of how many impact-full players have traversed Major League Baseball over the years. But what I love most is that immortality in Cooperstown is even harder to come by. I never thought of Mike Mussina, Larry Walker, or Jim Edmonds as all-time great players. We shall see if the voters agree with me or not. Ultimately the saving grace of this whole process is the veteran’s committee. Barry Bonds and Roger Clemens will one day get the call, after the voters have concluded their years of shunning.

So if the 2015 MLB Hall of Fame class was large by history’s standards, what will the 2016 MLB Hall of Fame ballot and inductee class be called? Griffey and Piazza are near locks, and based on this year’s voting, I think that’s it. Neither large, nor small, in 2016 the inductee class returns to form. The doors are thick and made of steel and only sports writers hold the key.

Next Post: A controversial 2015 MLB Hall of Fame class


Photos courtesy of Blog.Seattlepi.com and MLB.com