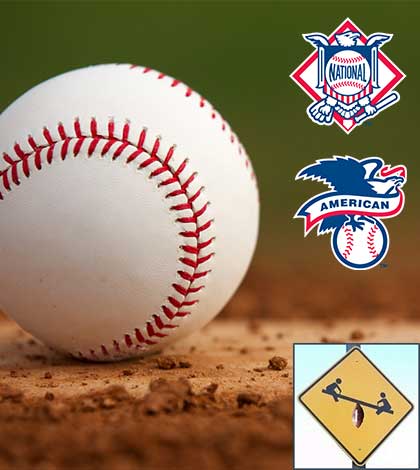 2015 Opening Day is here and some MLB teams should be worried. Spring Training results matter little, but overall performance is a window into the heart of a ball club. The 2015 MLB season kicks off with sports debate.

Last night was opening night of the Major League Baseball season, which isn’t really a thing. Today is Opening Day though, capital letters and all. Opening Day is a sports holiday on the level with the first Thursday of March Madness.

With games’ first pitches being thrown as we speak, I thought it was worth touching on one important point before the regular season gets rolling too quickly. Spring Training results don’t matter; like at all.

That’s a pair of scatter plot graphs of last season courtesy of Carraz from /r/baseball showing every team’s Spring Training run differential compared to its regular season figure as well as the win percentage showing the same. And there is no discernible relationship between either.

Some teams were bad in Spring Training and bad in the regular season. Some were good and good. Others were good and bad, etc, etc. You get the point.

With that said, I thought it’d be fun to take a glance at this season’s Spring Training standings to see which “bad” teams we like and which “good” ones we don’t.

…Well, now this is even dumber than I expected before glancing at the rankings.

Teams like Washington and Seattle are “bad” while the A’s are demolishing people day after day. Let’s pull a quick change and go against the grain. Since we KNOW Spring Training results mean nothing, give me one team you’re worried about even though logic tells you not to be.

For me, it’s the 10-19 Detroit Tigers. I thought Detroit would surely battle for the AL Central title this season, but it does seem like an old team on the decline now that I take a second glance.

Justin Verlander will start the season on the DL, and his peak is likely over in terms of being a top-tier pitcher. Victor Martinez is not hitting at all this Spring and was due for a major regression after last year’s break-out. Closer Joe Nathan has gotten clobbered in his four Spring outings.

It’s a worrisome trend for a team that honestly needed a number of guys to, pardon the pun, spring back to competence (Yoenis Cespedes, Anibal Sanchez, Verlander) while having others who overachieved stay that way (JD Martinez, Alfredo Simon, Martinez).

Detroit was fighting the odds and could be in for a losing battle.

If Spring Training doesn’t matter, then the real question is which matters less, MLB Spring Training or the NFL Pre-season? Gotcha. At least Spring Training is fun to watch, because sunshine and spring and men having fun. But it’s no less meaningless. Good thing Opening Day is here!

You’ve chosen an excellent team to be worried about, as what I saw from the Detroit Tigers this spring was more than enough to raise eyebrows. Yet I did not project them as a playoff team like you.

I’m concerned about the Baltimore Orioles. They finished near last in Spring Training with a 12-19 record, but that’s nothing compared to their early season list of injuries. Catcher Matt Weiters, shortstop J.J. Hardy, outfielder David Lough, and utility man Jimmy Paredes are all on the disabled list. Weiters had Tommy John surgery, a bad omen for his success this season, and Baltimore needs him to shine in order to control the unpredictable AL East.

Their first baseman is also out of commission to start the season, as Chris Davis is on the restricted list for amphetamine use. The Orioles are starting in a hole and I’m on the fence about the reliability of their pitching staff.

Keep an eye on Baltimore. If they fall behind in the division by June, it may be too much for them to overtake a slew of surging AL ball clubs.

Happy Opening Day and come back next Monday for 2015 World Series predictions!

More baseball: The Underdogs of the 2015 season