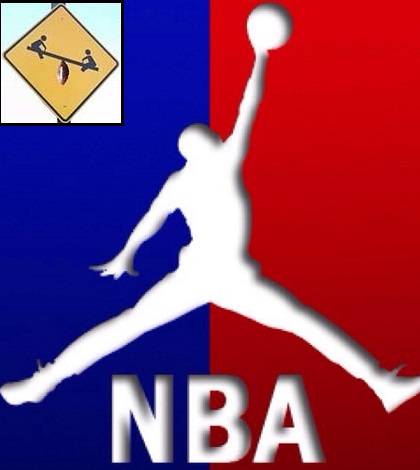 And like that 2015 NBA Free Agency is over, yet the brief frenzy caused major shifts in power. Who now sits atop the Eastern and Western conferences? NBA sports debate.

We’re less than a week into the month of July and NBA free agency has almost concluded, at least for the big names. If you missed our Running Diary of Day One and Two, check it out. The only stars that remain unsigned are guys almost certainly returning to their old clubs: LeBron James and Marc Gasol.

Other than that, the list of available free agents is less than appealing, filled with Aaron Brooks and Gerald Green types. With the last major dominoes falling (LaMarcus Aldridge signing with the Spurs, DeAndre Jordan signing with the Mavericks), we have a pretty clear picture of the landscape of the NBA heading into next season.

Sure it’s funny that the Knicks’ big move remained signing Aaron Afflalo, and it’s humorous that the Lakers big addition will be a trade for Roy Hibbert. But the real game-changers were those Aldridge and Jordan signings.

San Antonio is now the second favorite behind Golden State in the Western Conference next season. Aldridge is one of the best dozen players in the league and will join Tim Duncan, Kawhi Leonard and company with the best coach in the league.

The departure also drops Portland out of the playoff picture completely and opens the door for another squad to join the fray.

Likewise, albeit not to quite that extreme, the DeAndre Jordan move is a big one. It somewhat improves Dallas’ Western standing while greatly debilitating that of the Los Angeles Clippers. The Clips were already a very shallow squad to begin with. Now, losing their only center with no replacement in line, LA is suddenly a two-man team with some basic pieces around Blake Griffin and Chris Paul.

I’m not sure the Clippers are in line to miss the playoffs, but they should sure be worried about the standings. Oklahoma City will slip its way back into the postseason while the likes of Utah, Minnesota and some others should be much improved.

The East still has more intrigue because no one stands out outside of Cleveland, but suddenly the West picture is jumbled in the middle and perhaps the top-tier has extracted itself.

It is pretty incredible that all of those NBA deals got done in less than a week, while NFL free agency stretched on for two or three weeks before all the big names signed contracts. I’m not sure what the hurry was. Even if both sides agreed and were ready to announce a signing, they could mutually agree to wait. Tell the basketball world a day or two later, get all of the attention, and spread out the madness. That would have benefited the NBA, who only got three major news days out of 2015 Free Agency.

Fans are the big winners in all of the shenanigans. A slew of player news and moves has ruffled the landscape of both the Eastern and Western conferences. The East looks more one-sided than ever before, as the Cleveland Cavaliers are more dominating on paper than ever, especially if Joe Johnson joins the team as reported. Injuries hampered Cleveland’s dominance last season, but whoa. Talk about a potential powerhouse of a team. If LeBron wasn’t advantage enough, now his team is stacking up top to bottom.

Out West things certainly appear more balanced, but I wouldn’t be so quick to dismiss the Clippers and Trail Blazers, while anointing the likes of Dallas. The Thunder were going to rebound regardless, as their stars return from injury. San Antonio found a way to keep itself in the playoff conversation as well. But outside of Jordan leaving the Clippers, both Houston and Golden State are still in control. Lets not forget the Pelicans, who will only be getting better.

All of the intrigue is now in the West, as teams one through nine in last year’s standings are all legit threats. The Warriors proved you can win with a smaller lineup, and the Clippers will likely be forced to try their hand at it as well. Its big versus small amongst the Western powerhouse teams.

The real x-factor in the entire offseason is how the newly drafted players slot into the league. Rookies don’t often make a big splash any longer, needing two or even three seasons to fully transform their game into the NBA. But if the Lakers new draft pick has an instant impact, are they now worthy of conversation?