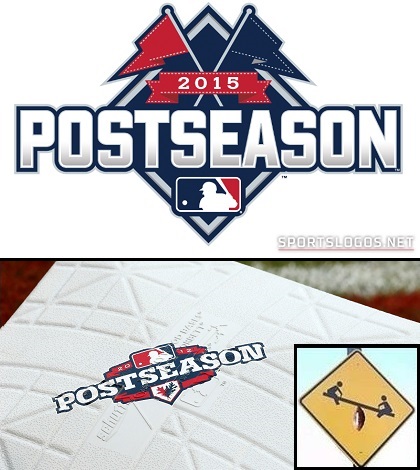 The 2015 AL Wild Card is coming down to the final few games of the season, as up to five teams are in striking distance of the one game playoff. With the New York Yankees and Houston Astros currently in control, we break down each potential Wild Card matchup and pick the winners.

There are quite a few possible iterations for the AL wildcard game heading down the home stretch of the 2015 MLB season. While a number of the playoff races are all but wrapped up around the league, the two teams who will vie for that play-in game are still very much up in the air.

Let’s run through many of the manifestations of what the contest could look like and see who we like to come out the other end and into the official second round of the postseason.

Texas has been hot during the season’s second half. Despite injuries to major players, the team has battled back and taken the lead in the AL West division.

The Yankees would have the “ace” advantage in such a contest though, if you want to call the offensive matchup pretty even. Both teams have relied on an aging lineup, but while New York has a heavy top to their rotation and a great back-end bullpen, the Rangers are more balanced across the board…which does them no good in a one-game playoff.

Houston’s Dallas Keuchel is the best pitcher on any of these possible wildcard teams. If the Astros can line it up for him to start a wildcard game, it won’t even matter who they face; that is a W.

Minnesota has been winning with smoke and mirrors all year. The Yankees have the edge in most departments if this matchup comes to fruition. A one-game series is a crapshoot regardless, but picking the Twins would not be playing the percentages.

The Twins are likely the worst of these squads from top to bottom. I would like Texas over them just as I would take the Yankees over them.

See previous on both the Astros’ star power and Minnesota’s lack thereof.

Someone vs. the Indians or Angels

It’s also possible that either the Cleveland Indians or Los Angeles Angels (or both?!) sneak into the playoffs after very rough seasons overall. The percentages are against it, but both teams would have a good case for success if they did indeed get in.

Cleveland has a couple of heavy hitters with an ace of its own in Corey Kluber, while LA has a deeper rotation but shallower lineup after Mike Trout.

Its anyone’s guess which of these matchups actually comes to pass, and I see the pessimist in you couldn’t help but leave the Toronto Blue Jays out of this debate. With three games against the Yankees still left, and only a 2.5 game lead in the AL East (as of 9/21), it’s not out of the question that New York takes the division and leaves Toronto to face the daunting one game playoff round.

Regardless, I’ll play along and assume the Yankees are unable to take back the division lead. With Texas now on top of Houston by 1.5 games in their division (as of 9/21), it’s not looking good for anyone not named the Astros to win the wildcard.

If the Astros retake the AL West, then Texas falls into the one game wildcard game. New York has the upper hand here, able to send out Masahiro Tanaka and close the deal. Although the Rangers have turned it on of late, losing the division lead means a fall back to earth for this otherwise over achieving team. They’ve underwhelmed all year. Don’t expect them to defeat the Yankees.

New York was 2-5 this season against Texas, but its irrelevant. The Yankees win.

This is the current wild card matchup as it stands today. Although the Yankees were 3-4 this season against Houston, New York was 0-2 against Astros’ ace Dallas Keuchel. This gives Houston a slight edge.

My gut says that Tanaka can match Keuchel, with both teams needing to score runs off the bullpen in the later innings. This is advantage Yankees, yet it requires a near perfect performance by Tanaka, and an earlier exit by Keuchel. A one or two run game probably falls in Houston’s favor, yet I’d pick New York if this matchup comes to pass.

The Twins and Angles are currently tied behind Houston in the wildcard race. If Minnesota sneaks it, they’ll have hit a winning streak at the most important time of the season. Although I like want the Twins have accomplished, the Yankees are too much to handle.

New York was 5-1 against Minnesota this season. That’s all you need to know.

Although unlikely, this matchup is advantage Texas. They have the more powerful lineup and pitching staff. The only way Minnesota advances is with some October magic. It’s not out of the question, but I’m not about to predict it.
Astros vs. Twins

Houston holds even more cards in this matchup than Texas did. The Astros win.

Someone vs. the Indians or Angels

The Los Angeles Angels have come on strong in the last week, not tied with the Twins and sitting only 2.5 games back of Houston in the wild card. The Indians currently sit 4 games back. While the Angels have underachieved this season, the Indians looked very good at times.

I don’t like Cleveland in a one game playoff, but if the Angels qualify, they are in excellent shape to win one game. They have a solid ace and a dominant lineup. Mike Trout could practically win one game on his own. Facing Houston would be tough, but against the Yankees or Rangers I like the Angels’ chances.

More Sports: The NL Stretch Run is All but Chalk