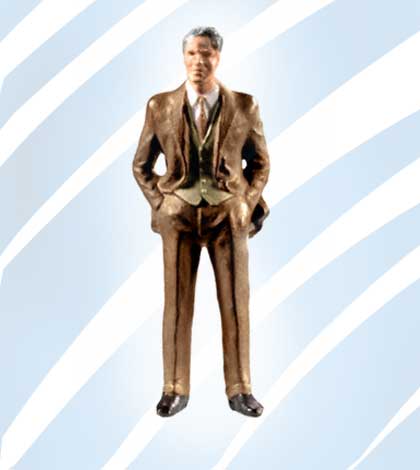 I dunno about you, but I want my life to be about breaking down barriers. You may be thinking, “uhh, they make plenty of construction equipment to demolish things.” No no, I’m speaking metaphorically. I went to college. I mean to say that I want to lay to rest questions and conceptions of life that people have had for decades, centuries, millenniumeses. So let’s wake up from the monotony of our daily slightly stoopid lives and figure out the age old question: back pockets or front pockets?

First of all, this doesn’t need to be said but I’m gonna go there, we’re talking about denim here. Not khaki slacks, not cargo shorts, not corduroy trousers, not Capri yoga pants, not parachute pants, not high water whatevers. We’re talking blue jeans here. Not skinny jeans, not boot cut, not low riders, not flares, not bell bottoms. Regular god damn blue jeans.

If we’re going to have this discussion, answer this question first: where do you put your wallet? Because if your answer is front pocket, get outta town and leave your britches. You won’t need them where you’re headed. I don’t intermingle with front pocket walleters and I don’t allow my children to neither. If your answer is back pocket then let’s move on because we just grew a little bit closer you and I.

Much like people, every pocket is a little bit different. But every pocket is special and has a purpose. Back pockets, front pockets, they live harmoniously on the surface, but there is a deep seeded rivalry. In order to understand this, you need to fully realize two scenarios.

1. A man named Edgar, 26, has just bought his girlfriend an expensive chocolate for valentimes day. He’s on his way to bring it to her but wants it to be a surprise so he pockets it. Can’t be in a front pocket because he’s got keys in one and phone in the other. He’s got wallet in one back pocket and other backy is open for business so he drops that bad boy right there, making a note to himself to remember said bad boy’s location. When he meets up with girlfriend she of course starts blabbing about how much she hates Jennifer, so Edgar goes into a trance. With his mind aflutter, he sits down and splat goes the chocolate. The rest of the day he’s walking around like he plomped his pants and did I mention that he had a big job interview later that day? Because he didn’t, it was the next day and he ended up doing very well. Nevertheless, it was a close call.
2. A lady known to many as Edna, 44, is walking towards her local coffee shop when she spots Jennifer, who she hates. Knowing dumb Jennifer doesn’t have great vision, Edna is aware that Jennifer hasn’t spotted her yet and has some time to create a diversion to get out of an imminent and excruciating conversation. So Edna goes to her pocket to snatch her phone. A pretend phone conversation is all she needs to nod off Jennifer as they pass. But the front pocket is tight and her bulky phone case has created a wedge that her hand hurriedly tries to un. Jennifer draws closer and an idiotic smile creeps onto her mongoloid face. Edna begins to panic and then it’s too late. Did I mention Edna committed suicide later that day? Because she didn’t. No just kidding, she did kill herself because of this.

Both the front pockets and back pockets receive harsh criticism and beaming praise. But who is the victor? Can a winner really be named? Maybe but also perhaps maybe not. I’m afraid that it’s for you to decide. Seacrest out.