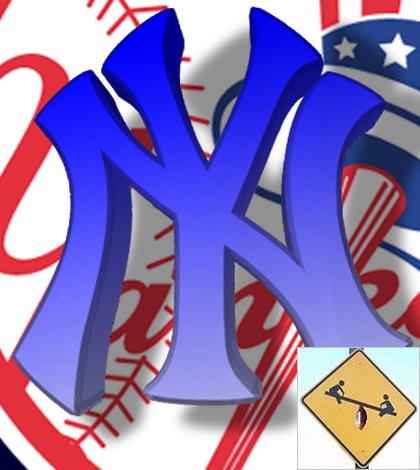 For the New York Yankees, powering through is what they’ve been doing for months it seems. The rotation has been a mess. I was so pumped for a young crew of amazing talents and all of Tanaka, Pineda and Nova went down with bad injuries. Veteran CC Sabathia was also lost for the year, meaning New York has shuffled no-name rookies, scrap-heap veterans, and all the like through the rotation already, and there are still two months to go in the season.

The odd thing is, the pitching has been the team’s strength! The offense has been a joke all year. Mark Teixeira has missed major time; El Capitan has picked up his hitting as of late, but was pretty poor at the plate for most of the year. Big free agent Brian McCann has been a black hole at the plate, both positively on defense, swallowing everything, and negatively on offense, swallowing all hits from potentially reaching safe ground. And the outfield has been a chasm of power except for, amazingly, Brett Gardner launching bombs like he’s Jimmie Foxx.

After a few smart but small moves before the non-waiver trade deadline, the roster looks better. But be honest, what are this team’s chances of making the postseason considering all the teams ahead of it and all the talent it’s lacking?

My summer has been hot and uncharacteristically humid, so dog days indeed. And these days being a Yankees fan has made me dog tired. It’s impossible to know which team will be on the field from night to night. Will it be the gritty club that has been stealing one and two run victories all season, or the ballclub that blows the 1-0 lead late because the offense never got going and the pitching could only hold the opponent hitless for so long.

Before I swallow most of my optimism, let me say that my intuition contradicts most of the facts. The stats make it blatantly obvious that the Yankees are an average team. Take a look:

I felt obligated to put those down in writing. Looking simply at those numbers and taking into account the strength of other wild card contending ballclubs, its amazing the Yankees are still in this thing. Its even more amazing that they are only five games out of the division. Only FIVE games out, behind Baltimore and the Blue Jays (3.5 games out themselves).

Contrary to popular belief, I’m not a blind optimist when it comes to my sports teams. I realize my Jets fandom would make one seriously question this, but I can account for facts, odds, and make a realistic assessment of my team.

I stand by my pre-season prediction. The Yankees make the playoffs.