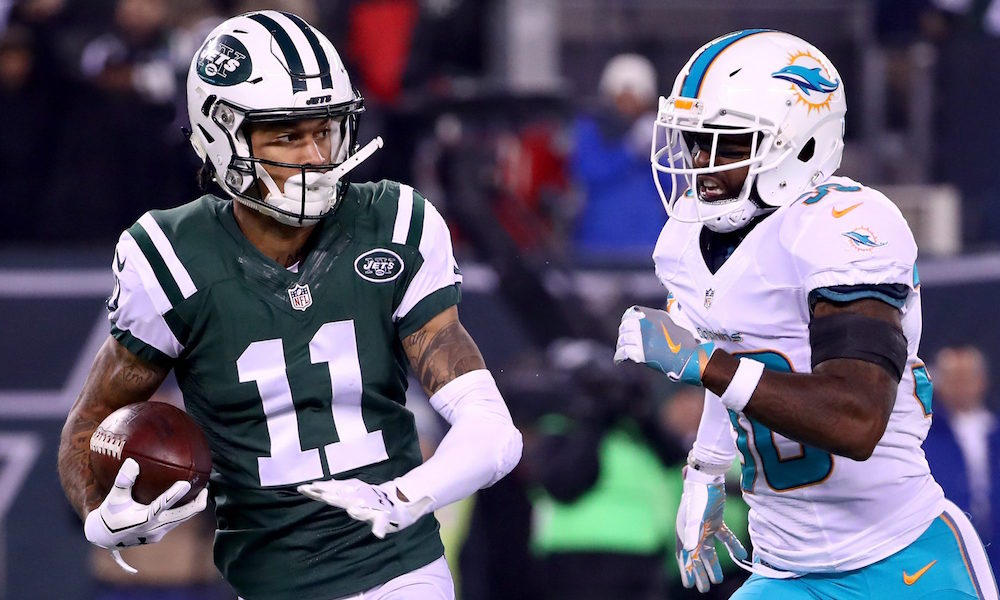 It only took three games, but the real New York Jets finally stood up. This was the defense we expected, and the offense we believed could exist. These Jets are respectable.

Despite an onslaught of negative press heading into the season, I firmly believed that the 2017 New York Jets would resemble a good football team. Dare I say a better team than the one which took the field last season. It took three weeks of football, but that team finally showed itself. These Jets were highly competitive versus Buffalo, competent versus Oakland, and dominating against the Dolphins. Gang Green won its home opener against a weak opponent. That’s right, Miami is not a great football team from top to bottom. The Jets aren’t either, but the score speaks for itself. We know who’s better.

When your team is full of young players and guys aiming to prove themselves, you need a singular presence leading the locker room. That player is usually the quarterback. Josh McCown is that player. He’s been excellent to say the least, playing it safe with his decision making while his wide receivers earn his trust. McCown is known as an optimist, much like myself, which goes a very long way when the entire football world is against you. No one believes in the New York Jets. As a fan I hoped they would be fun to watch this season. They absolutely are.

Hope is what makes football so exciting. The season is short, meaning hopes are high and hopes are destroyed in the blink of an eye. As we approach the quarter mark of the 2017 season, I have hope for New York. They are improving dramatically from week to week. They are nowhere near the worst team in football, meaning a top three pick in the 2018 NFL Draft likely requires some wheeling and dealing. But mainly I’m hopeful that Todd Bowles keeps his job. He appears on track to earn it, and coaching consistency and front office continuity are two of the most underrated aspects of success in the NFL.

I believed the New York Jets would be in this predicament, and now it’s manifesting itself. New York has a defense good enough to keep them in nearly every game this season. Their two rookie safeties are as good as advertised, making everyone else look and play better around them. This week’s game against Jacksonville can go either way, but the Jets will defeat Cleveland. Do they make a quarterback change at 2-3 or 3-2 heading home to face New England? Can they make a change when McCown is playing such solid football? Do you dare demoralize a team brimming with new confidence, even if the playoffs are out of the question?

Entering their bye week at 3-7 presents a bevy of questions for the Jets. If they win more than three games, then the answers become even harder to ascertain. Do you play Bryce Petty or Christian Hackenberg? I believe neither gets the starting job until the final month of the season. Anything further will stunt the growth of this young football team. If New York continues to improve as they have thus far, then they might actually be a formidable opponent for everyone outside of New England and Atlanta on their schedule. Can this season actually be tanked? No, because the real New York Jets are too good to be that bad.

Cleveland is worse. Cincinnati and Indianapolis are worse. San Francisco is worse. Houston and the Los Angeles Chargers may be worse. The New York Giants certainly appear worse. As do the Chicago Bears and New Orleans Saints. That’s nine teams that may be worse than the Jets. A top ten pick is no guarantee any longer and that is an excellent development. The Jets have talent and its developing. New York’s rebuild is moving fast enough to keep Bowles on the sidelines. Consider me a happy Jets’ fan.