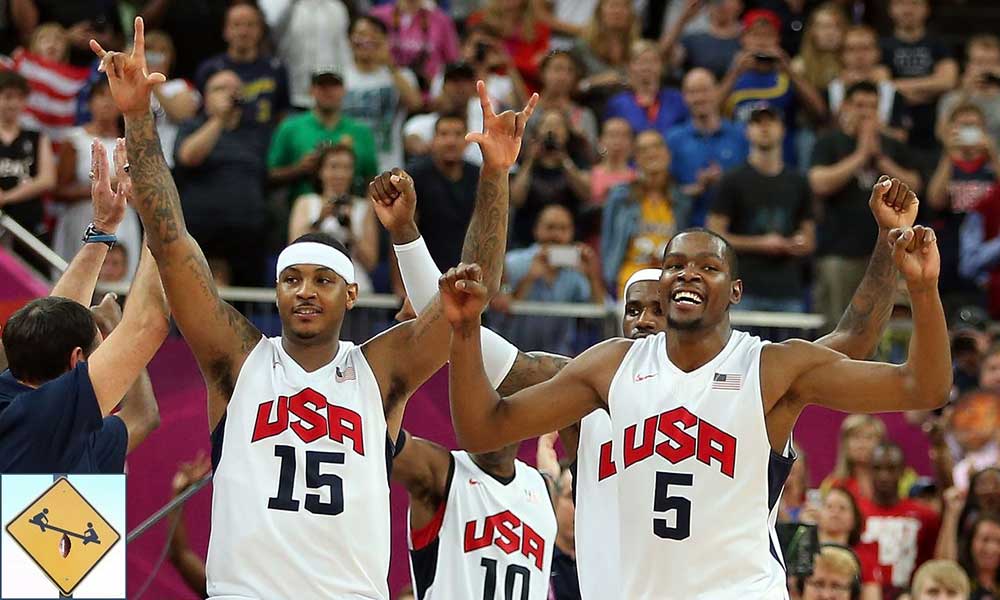 USA Basketball won the gold medal, but not every player made themselves look good. Durant missed the memo, while other NBA stars raised their stock immensely. Winners, Losers and a lot of fallout.

The United States won gold at the Rio Olympics in impressive fashion, taking down the previously bothersome Serbia squad, 96-66. Not everyone from the USA team came out looking great though. In fact, there were a number of players who must surely look at this tournament as a personal disappointment despite the gold medal. And that is true across all teams of the men’s tournament. Each team, whether strictly winners or losers on the scoreboard, had winners and losers on their rosters.

The United States won; Harrison Barnes, DeMar DeRozan and Draymond Green lost. They were all underutilized or barely utilized at all in Barnes’ case. For DeRozan and Green, it almost seemed like the Olympic game was foreign to them even though it should have been the reverse. The shorter three-point line should have greatly benefited DeRozan; it did not. The more outside-oriented international game should have benefited Green; it did not.

Everyone is calling Kevin Durant a big winner from the tournament because he led the US in scoring, but I am not one of them. Maybe I am alone in this, but I felt like Durant looked out of sorts and uncomfortable for the vast majority of the Rio games. He was often overly sloppy with the basketball, turning it over in the open court. He couldn’t hit his free throws. He never ran a play, like ever. All his scoring was off of spot-up threes or one-on-one meandering. That’s fine because he was always better than the guy guarding him, but I didn’t come away impressed with what Durant did.

Maybe I am being too critical and need to know more of how the offense was designed before criticizing one of its cogs. Essentially what I’m saying is maybe Coach K was at fault rather than Durant. But then the sloppiness and lethargy still stands.

Outside of the US team, Australia’s Patty Mills was a huge winner and France’s Tony Parker was a huge loser insofar as I wouldn’t be surprised to see the former play more minutes than the latter for the San Antonio Spurs this coming NBA season. Pau Gasol was also a huge winner for those same Spurs, but Gasol always tears up international basketball.

Elsewhere, the 76ers have to be pleased with what they saw from Croatia’s Dario Saric and Spain’s Sergio Rodriguez. Dallas was possibly happy with Andrew Bogut’s performance, though it petered out as the tournament went on. The same goes for Denver and Nikola Jokic. Croatia’s Mario Hezonja was not quite as impressive, which should worry Orlando. This was a stage for him to shine. Instead he averaged just nine points on 21 minutes per game. The same goes for Nic Batum, who almost no-showed these Olympics despite being one of France’s supposed best players.

And we know the Lakers were elated by Yi Jianlian, so much so that they signed him to a new contract during the Olympic tournament! Los Angeles is probably dumb, but it is correct to put some stock in these efforts. Guys who perform well on this big stage, especially normal NBA role players, have to feel confident heading into the NBA season. And likewise, if someone falls flat playing for their country, that doesn’t bode well for playing for their city.

In a vacuum I completely agree with your breakdown of the winners and losers, the achievers and under performers, the guys who proved something and those who likely wished they had stayed home for the summer olympics. Rio 2016 was a mix of solid men’s basketball and utterly forgettable matchups. We knew this going in, but in terms of individual performances, something was surely missing.

Players like Yi Jianlian saw the opportunity that Rio presented and seized it by the proverbial horns. That is what Olympic basketball truly is, an opportunity for less heralded players to make a major statement on a worldwide stage. It’s an opportunity for the best NBA stars to gain international eyeballs, worldwide fans and new markets for their personal brands. Carmelo Anthony knows this better than anyone. He took his place atop the New York Knicks roster and made a major statement to the world. He led Team USA in the press and on the court. Now his fanbase will stretch even further. Carmelo is preparing for life after basketball as well as his closest friends, see LeBron James.

As for Kevin Durant and other notable NBA players who we’ll collectively forget took part in the gold medal win by Wednesday, they simply missed their opportunity. Or they chose not to take it. I understand. It’s the summer, the off season, when you play pickup games in summer league and take walks on the beach with family. You rest your weary body for the upcoming NBA season, because the ultimate goal is an NBA title.

Durant in particular just finished a long season and an even longer off season of controversy. In hindsight it was overcommitting to join the Olympic team right after that mess. But if he’d seized his opportunity to the fullest, those same fans who lambasted him for leaving OKC for Golden State would enter the new NBA season on his side, rooting for their country’s hero. He helped the US win a gold medal, our third straight. But we won’t remember him there.

Coach K deserves some of the credit and the blame for how things transpired. He allowed his players to each take control. It seemed like every game a new player was the headliner on the stat sheet. It was up to the players to take over, or not. Coach K may not have run anything traditional, but he’ll go down as an all-time great coach, with his olympic record second to none.