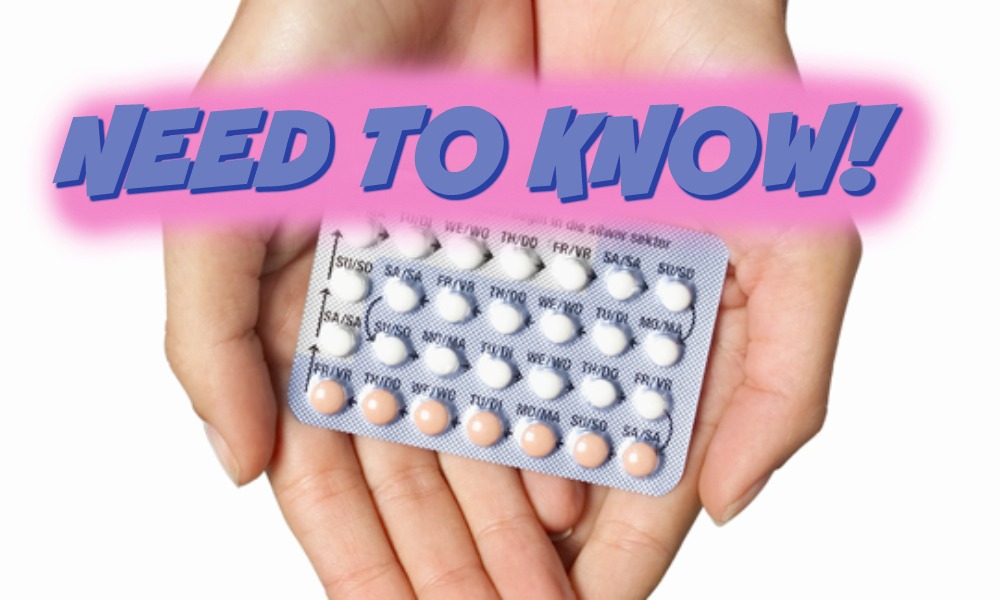 Birth Control… ugh. That’s exactly what I think, even though I took the pill for over ten years. I’d been wanting to part ways, but was scared for so long. So many unknowns!

I was pretty lucky when I first went on birth control. I had a very nice transition. My period had been heavy and slightly irregular, so why not control that bad boy and not have to worry about it? BOOM. Easy peasy! Who doesn’t love that? I’m pretty rigid and schedule oriented, so taking the pill at the same time every day was easy for me as well. That was over ten years ago.

My first brand of birth control pill was Jasmine. I was on that bad boy for years and then there were blood clot rumors. I consistently asked my doctor if we should switch it up, but she wasn’t worried at all, so I stayed on it for a long time. Then I got sick with cancer, got a blood clot, and bye bye Jasmine. I was adamantly told by my oncologist that I needed to switch immediately!

I was of course concerned when I had to switch it up. Should I really not stay on my old birth control? My gyno saw no reason to change, but my oncologist convinced her. Better to be safe and change brands, even though they agreed that since I’d been on Jasmine for so long, my actual blood clot was an unrelated issue. Oh, you know, having a mass of cancer cells growing in your body will wreak havoc on your system.

The new birth control was no good. I truly disliked it. It was a very low dose of estrogen, so I went from having a nice three day period to basically having a one day and sometimes no day period. I did not like it at all, but my doctors said it was no biggie. Technically your period is manufactured when you’re on the pill. That’s right, it’s not real ladies. It’s just there to make us all feel better and say hey, you’re not pregnant.

Now you know my brief but long history with birth control, prior to me stopping it all together. Over the last few years I’ve switched up my doctors. My primary care doctor moved away, so I had to find a new one. My gyno was no longer covered under my insurance, so I figured it was time to pick a new one. My new doctors did NOT like that I was still on birth control. I explained my history and ultimately had a decision to make. Was it time to kick the pill for good?

I’m not going to lie, having these two women strongly suggest I stop made me a bit nervous. But it honestly made me want to go off the thing. Every time I thought about it, I got nervous to stop. I’d have to go ahead and keep track of my period again, and then there’s that whole thing of getting pregnant and taking other precautions. I’m a creature of habit, so did I want to change? I knew it was time and I decided I wanted to!

Okay kids, I went for it. I got off my birth control. I was very nervous at first, but then a sense of relieve came over me. No more morning pills. Then I started to think about what my period would be like and when I would get it. This is the part that is completely unknown! I decided I would do some research. My best advice is to NOT read people’s horror stories of going off birth control. I read so many women’s stories about how it took a year for them to get their period. WHAT? A year? Some women had to get shots or try herbal remedies. Some women NEVER had a regular P again. UGH! NO NO NO!

I went off my birth control last February. I did not get my P right away. I read some stories about women getting it like a week later. No, not me. I did not even get it in 28 days. I waited almost 60 days for my first period. I actually hoped and prayed for it to come back. I convinced myself I was feeling “periody” but then my P never came. I downloaded many different period tracker apps and thankfully I’m now regularly tracking myself through Glow.

When I did finally get my period, OMG kids. I hadn’t had a P like that since I was a teenager. It was heavy. It hurt. I had cramps that ripped through my pelvic region. All I wanted to do was curl up in a little ball. Really ladies? I didn’t EVER have periods like that and I did not like it, but I guess that is life. So I thought, maybe it will be different next month.

Next month my period was over 10 days late. UGH, this bad boy was not consistent. But what was consistent was how heavy it was and those damn cramps! Why cramps? Why? All I wanted to do was curl up in a ball, but I refused to. I still got up and ran, because exercise is supposed to make it better right? After my second P, I anxiously waited for my third month. This one was only five days late! WOO! I was getting more consistent ladies and of course those cramps were back! I just powered through them again, but boy oh boy can those please go away?

The big lesson I learned was simple. It’s a bad idea to read other women’s horror stories. All of us ladies are created differently. Some ladies’ P’s come back right away. Some take a long time. Some take less time. You just got to be patient and go with the flow… literally. I’m still hoping these cramps will be less consistent, but I guess this is my penance for all the years of those nice manufactured periods.