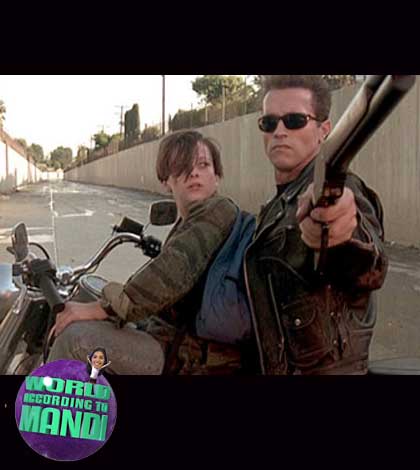 It’s #TBT video blog time and we’re throwing it back to The Terminator movies and how they rock!

The first two Terminator films are AMAZING! I loved how the terminator was bad in the first one and then redeemed himself in the second one. It was always great to see the evolution of Sarah Connor. She was weak in the first, learned to be strong, and was a TOTAL badass in the second film.

After watching Terminator Genysis trailer I’m super psyched to see this film! It has the gritty feel of the first two and it even has a twist in the film with John Connor! I also think Emilia Clarke will be a badass Sarah Connor.

Happy #TBT! The Terminator is the best!
Photo credits to www.forbes.com & www.wegotthiscovered.com