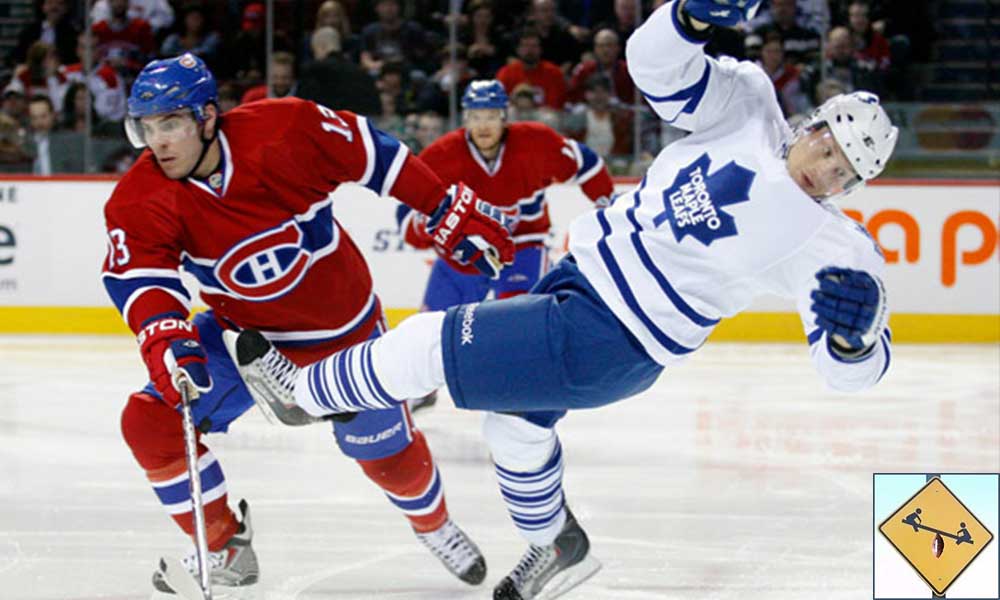 The Stanley Cup Playoffs 2017 are NEARLY perfect. Canada is back baby! Back with a vengeance and the NHL is great for it. Would one final tweak make the playoffs pure perfection?

Canada is back! Last year, all seven Canadian franchises in the NHL missed the playoffs. The Ottawa Senators came closest to making it but still finished eight points out of the final wildcard spot in the Eastern Conference. This year, Canada has returned with a vengeance.

Of the seven teams from Canada, five have made the 2017 postseason. This includes Montreal, who won the Atlantic division with 103 points, Edmonton, who also topped 100 points this year, and Toronto.

The Maple Leafs, the most popular team in the NHL, made it back to the playoffs for just the second time in the past 12 seasons. They also made it despite being the worst team in the league last year. Worst-to-first turnarounds are commonplace in sports like football, but they are incredibly rare in hockey. You can see why it happened this year for Toronto; the roster is hardly recognizable. “According to the Elias Sports Bureau, the Maple Leafs are the only team in NHL history to have six rookies each play at least 70 games.” Three of those rookies notched 60 points apiece, making Toronto just the second team in league history to achieve that feat. Not to mention, they have a new goalie this year in Frederik Andersen, who has been rather stellar in net.

ALSO ON BUZZCHOMP: Rick and Morty Season Three Premiere – Did You Catch It?

Toronto isn’t alone in its historic turnaround. Aforementioned Edmonton, who tallied 100 points, finished just one point ahead of the Leafs last year; the Oilers were the second-worst team in the sport.

Canada loves the sport of hockey much more than America does. In fact, Canada probably loves hockey more than the United States loves any sport. For that reason, this return is great for the sport. The country’s return is somewhat dampened, though, by the weird scheduling that is taking place this postseason.

In the NHL, the worst wildcard team in each conference faces the best team from that conference. Same with the better wildcard and other division winner. After that, the second and third-place teams from each division play in round one. It is a fine matchup plan on the surface, except this season it doesn’t work at all.

The three best teams in the East this season are all in the Metropolitan division. Instead of reseeding, two of these teams have to play each other in round one. Those being Pittsburgh and Columbus. What do you make of this; just a scheduling quirk that could reverse next year or a need to revamp the system? The NHL isn’t afraid of making changes. After all, this current divisional alignment is brand new, and we will be adding the expansion Vegas Golden Knights to the mix next season.

The Stanley Cup Playoffs are perfect. This is especially true with most of Canada back in contention. It just feels like there is room to make it just a bit more perfect.

It’s undeniable that the Stanley Cup Playoffs 2017 are practically perfect. Most years the NHL’s postseason is great and likely the best of all major American sports. But this season the Stanley Cup Playoffs are actually nearing that exquisite balance of team favorites, great play, and great teams. Canada is the life blood of the NHL and sending five representatives to the playoffs makes the excitement extra special!

Okay, hockey fans all know that the competition is outstanding in the postseason. But should tweaks to the matchups be made? I personally like the divisional format of competition. We have something very similar in the NFL, except football has first round byes for its top two teams. Often the second and third best teams are wildcard teams, with the three best teams all from the same division. I understand your consternation in the NHL this year, but its unlikely that the three best teams are consistently found in the same division season after season.

I’m not a fan of reseeding the playoffs once they begin. I believe that the playoffs get seeded and then the tournament must play itself out. I love the brackets and I love seeing the possibilities from the get go, not as the postseason unfolds. If winning your division is to mean anything, then the NHL must put up with the consequence of having the other ‘losers’ play one another.


The one tweak I would be on board with is letting the best two teams in the conference pick their first round matchups. If both top teams are in the same division, so be it. I also like the rule from Major League Baseball that does not allow two teams from the same division to play one another, unless that is the only matchup remaining. It can happen in the single elimination play-in game, or in the championship round, but not in the divisional round. Tweaks are fun, but considering the amazing level of play found in the Stanley Cup Playoffs 2017, I think the sport of hockey is doing just fine. Canada is back!