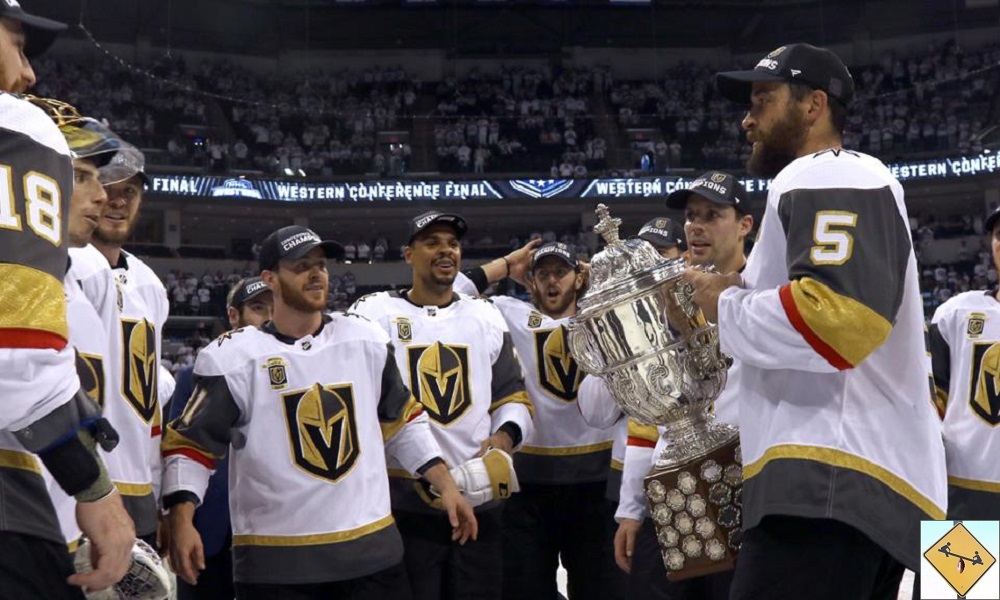 The Stanley Cup Finals 2018 will go down in history for all the right reasons. The Vegas Golden Knights are making said history, yet this ultimate underdog story actually isn’t one at all.

The Vegas Golden Knights clinched their spot in the Stanley Cup Finals 2018 in their first season of existence. They are not really underdogs in any respect other than the fact that the roster ceased to be last season. The players on the team are all NHL-caliber. Their goalie is a definitive playoff star and has been in the past. They have depth of talent and are playing as a unit. This isn’t an underdog.

But let’s be honest, Vegas is a supreme underdog in terms of rooting interest. The same people who flock to an underdog when they have no outside interest will root for Vegas regardless of which Eastern Conference team wins game seven Wednesday night.

There are three trains of thought when it comes to underdogs. The first is that feeling: rooting for the newcomer because it would be a nice story. I have no interest in this and have never felt this feeling. In fact, most of the time, I feel the exact opposite, which I assume is not a trait singular to me. If I have no rooting interest, I root against an underdog because they feel undeserving. This is the second train of thought.

The wild success of a surprise team ruins the validity and usefulness of a regular season. Every time a wildcard team wins a title in a professional sport, it renders that regular season moot. I imagine I would have been right at home in the old days of MLB where only the top team in each league made the playoffs. The season went straight from regular to the World Series. Let’s duke it out between the two best teams. No flukes.

The third feeling on underdogs is more fluid. It encapsulates the Washington Capitals this very year. The Caps are not a real underdog. They have had oodles of success in recent regular seasons, even winning multiple Presidents’ Trophies as the team with the most points in the NHL. But they have continually flamed out in the postseason, earning the title of chokers or, in this case, some form of a playoff underdog. I actually do find myself rooting for these teams. They have earned their keep in the full season and have just failed to get over the biggest hump.

If we want to get deeper into the weeds of this discussion, there are even thoughts about young playoff teams earning their keep and learning how to win. If teams advance too far one year, it is against the blueprint. Vegas right now is certainly off whatever unwritten blueprint exists. Except, since they siphoned players off of all the other teams’ rosters, the Knights aren’t a young team. They aren’t a true underdog.

Where do you stand on the standard underdog emotional pull? And what about in cases like Washington’s? Based on my responses, you can tell I am rooting hard for the Capitals to defeat the Golden Knights in the Finals. If Tampa Bay wins game seven in the ECF, I would be rooting for the Lightning in the Finals instead.

And yet, these Golden Knights aren’t really a 2018 underdog story at all. They didn’t overachieve in the playoffs. Their regular season was incredibly successful. They don’t have too young a team that needs to “learn how to win.” And they collected more points this season than Washington! That leaves me confused. Help settle this terminology.

I think your confusion stems from trying to apply the term ‘underdog’ to one of the teams in the Stanley Cup Finals 2018. Not one of the teams is a true underdog, as you smartly deduced. Yet the Vegas Knights are an incredible story, as are the Washington Capitals if they win game seven and push ever farther into the NHL playoffs. Before I dive into these two competing stories, one of which has no shot at beating the other for headlines, let me break down my own feelings on underdogs.

Underdogs are amazing, mainly because they provide a rooting interest when your team is out of contention. As a Yankees fan, it’s perfectly reasonable for all other fans to root against our team, since we win an awful lot. People want to assign the favorite and underdog monikers to every matchup. This is not always appropriate. But when a team like the New York Giants faces off against the undefeated New England Patriots, they are certainly an underdog. I love upsets, especially in the biggest sense. The Giants winning the Super Bowl that season was an incredible upset and more unforgettable than if the Patriots went undefeated. When the expected outcome does not happen, that is great for sports and fans alike.

Sports also love villains and heroes, making the assignment of an underdog hero all that more critical. But it’s also kind of ridiculous. The Golden State Warriors were heroes and LeBron James the villain, until they swapped rolls. Now the opposite is true. Yet neither can ever be considered an underdog. The same is true of Vegas and Washington, or Tampa Bay for that matter. The Knights have already made history by reaching the Stanley Cup Finals 2018 as an expansion team. It seems appropriate to label them an underdog, but their performance all season proves they are not. However, I have been rooting for them all postseason because I want to witness an expansion team win the championship. It’s never happened before!

If Washington reaches the Stanley Cup Finals 2018, then I will be happy. We wrote how they seem to always come up short in the playoffs, despite dominating the regular season. I’d argue that getting to game seven in the ECF eliminates that stigma already, but making the Finals removes all doubt. Yet they have been a great team for many years, so their story is pretty much over. I don’t care if they win the championship or not. That is not interesting. Vegas winning will never be forgotten.