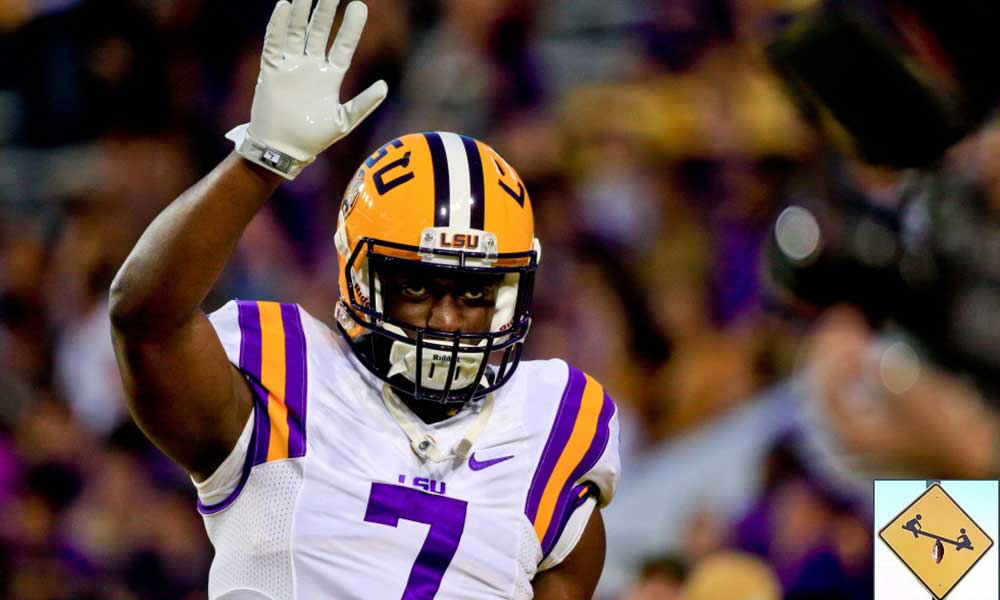 There’s two sides to every story, but skipping bowl games shouldn’t be one of them. Multiple college football players are doing it. Is this a smart trend or selfish travesty?

Earlier in the week, we dissected the biggest college football storyline thus far in bowl season. That being Donnel Pumphrey becoming the all-time leading rusher in FBS history. However, a new story has developed that is far more intriguing. It is the development of star players deciding to sit out their team’s bowl game for no other reason than they do not want to play.

First LSU’s Leonard Fournette decided to pass on the Citrus Bowl; then Stanford’s Christian McCaffrey decided to skip the Sun Bowl. These are two of the biggest stars in college football simply declining invitations to their respective team’s final game of the year. Fournette at least has an ankle injury to point to, but we all know he would be playing if LSU had made the College Football Playoff as opposed to the Citrus Bowl. Now Shock Linwood of Oregon has also chosen to sit out his team’s bowl game. Skipping bowl games is our new reality.

There are two rather obvious sides to this discussion:

A) These games mean absolutely nothing. The players are only setting themselves up for possible injury by playing. There is no reason for them to play.

B) These players are beyond selfish and are abandoning their coaches, fans, and teammates for no other reason than vague descriptions of draft preparations.

Let me say that both sides are correct to any extent besides the extreme. But which side do you more closely fall towards? My immediate reaction is side A. I have always thought the bowl games are pointless, even egregiously so. The outcomes of the games mean nothing to anybody besides a head coach’s record in bowl games. Pointing to a coach’s record in bowl games is carelessly lazy to boot, since everyone and their mother makes a bowl nowadays. A bowl game is an exhibition for fun, and yet…

ALSO ON BUZZCHOMP: The Bryce Petty Pancake – What happened to New York Jets?

It is also a game that counts in the books as of 2002 (as we learned on Monday). Would we feel equally cavalier about players’ decisions to sit if they chose the games in October to sit instead? Those risk pre-NFL injury just as much. More importantly, a bowl is perhaps the only chance for many of these collegiate players to play on a big stage in front of national television cameras and a nationwide audience. Fournette and McCaffrey will see that next year in the NFL, but their teammates all won’t. There is a hint of abandonment at play here. For purely selfish reasons, the two backs are leaving their coaches and teammates in the lurch. That is simply a fact of the situation. However, that doesn’t mean the selfish reasons are wrong.

We saw just last year Notre Dame’s Jaylon Smith blew out his knee in the Irish’s bowl game. He is now sitting out all of his first year in the NFL. Smith announced that he would do it all again, but that is just his personal stance. Why play in a bowl game when it exposes these guys to possibilities of massive, career-altering injuries? It’s not like they are playing for a paycheck. It isn’t their job to play; these are amateur students. Overall, I like the moves because I am heavily against bowl-game hysteria. Still, it sucks for the rest of the Tigers and Cardinal guys to be going at it without their most talented teammates.

This is a slippery slope that college football is just beginning to traverse. Skipping bowl games has not been common practice, which is rather surprising considering the immense wealth that awaits players in the NFL. I understand the logic of not playing in bowl games, but it’s not sound reasoning. Avoiding injury is one thing, but skipping a single football game is ridiculous.

If these players truly wanted to avoid injury and “prep” for the NFL Draft, then why didn’t they stop playing back in October when their teams were obviously out of the playoff race? Now they’ve decided to forgo the final game of their college career. The end result of these shenanigans is what The Sports Pickle hypothesized earlier this week. Jim Harbaugh skips Michigan’s bowl game to prepare for his new head coaching job in the NFL.

Instead of going out with a bang and showing America why they are great, these players are leaving a sour taste in everyone’s mouth. They are telling their future coaches that the team comes second. Their teammates take a back seat to personal growth and development. If their NFL season appears over, they will be ‘injured’ in week 17 because they can’t risk getting injured for the upcoming year. None of the implications of this perception helps their draft stock.


Bowl games are reasonably meaningless. This is true. But perception goes a very long way in the NFL Draft and letting your team down in your final college game is bad blood. Hopefully this is an isolated incident, but if we see a trend forming in future seasons then bowl games as we know them are in trouble.

Photo Credits: For The Win – USA Today and The MMQB.com