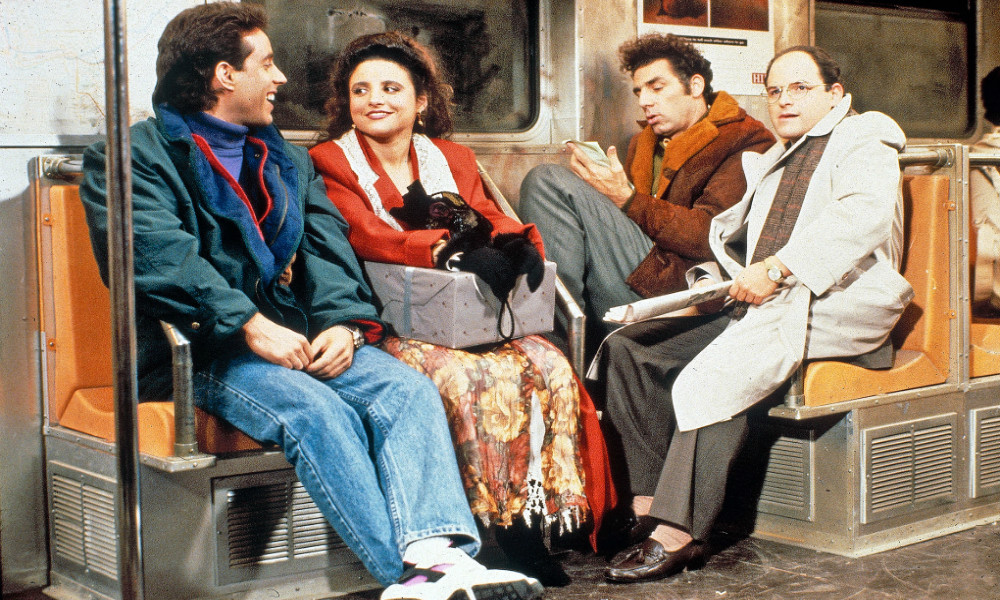 We finally have the Seinfeld reboot no one knew they wanted: the gang’s story centered around the September 11th terrorist attacks. Such things have to be hilarious to succeed. Fortunately, this is. (Photo Credit: ew.com)

On August 2, 2016, comedian and writer Billy Domineau released a piece of media to the public. It came in the form of a Google doc. Said Google doc was linked to by a pinned tweet on his Twitter account with the accompanying message, “Hi. I wrote a 9/11 episode of Seinfeld. I’d love for you to read and enjoy and hate me for it.”

First, I was completely on board with this and can’t imagine why anyone would hate him for it. I suppose some semblance of “too soon” rhetoric, but that would only come up if the script wasn’t funny. Upon opening said doc, we see a length of 44 pages. Of course I read this in its entirety. This is not the type of document you skim. If it was, Domineau surely would have uploaded it on OneDrive instead.

Domineau has apparently written for Weekend Update and was a member of the Onion News Network. Having zero knowledge of his previous comedic chops, I can safely say this is the best thing he has ever done, not because everything else was probably pretty forgettable but because the Seinfeld episode “The Twin Towers” is majestic.

We open with probably the weakest part of the script, the Jerry Seinfeld cold open. It’s not a bad little joke, just nothing special, which, perhaps, was the point. The comedic cold opens were always just mini precursors for what was to come. And it’s really rather amazing how Domineau nails everything else. Just nails it. I suppose he had close to 20 years to hone his Seinfeld cadence. Whatever the case, it works.

The best parts are too numerous to list, but I will try anyway. In chronological order:

Elaine’s breakup on page 6 – A person being murdered by terrorists in the 9/11 hijacking “saved [Elaine] an awkward dinner.”

The foreshadowing sneeze on page 15.

The soliloquy on page 31 ending with, “Pay for your own T-Shirt Day!”

Frank’s parking tickets on page 36 and everything else Frank Costanza utters.

Frank’s dialogue is awesome, but really every character is well represented even down to Jackie Chiles’ brief appearance. The episode script brings us back to everything we know and despise about the main characters: George’s unpleasantness, Jerry’s unpleasant cleanliness, Elaine’s unpleasantness and Kramer’s unorthodox unpleasantness. It throws nostalgia in with humor, makes us laugh and love and miss Seinfeld all over again.