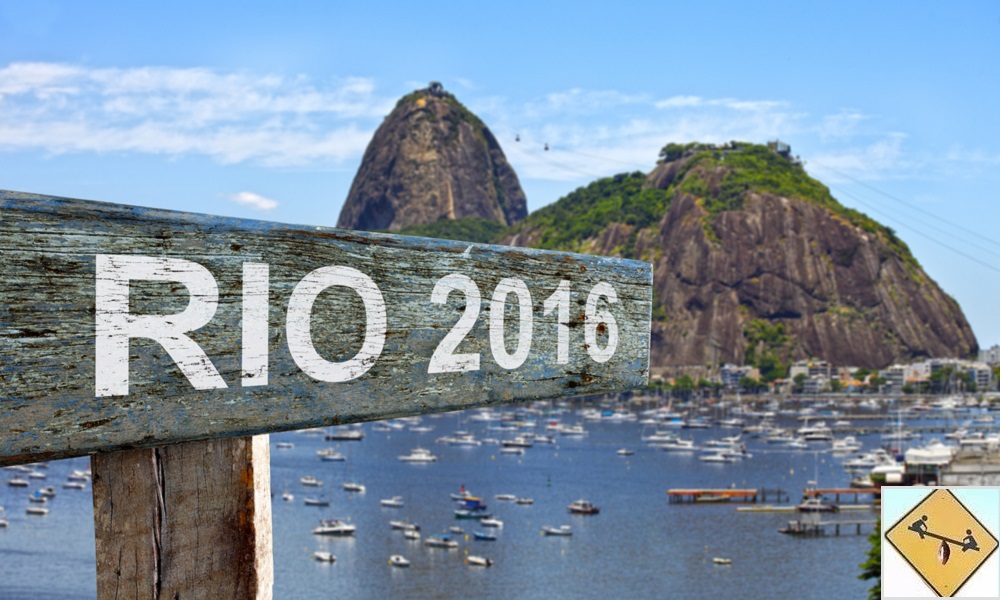 Logic says the Rio Olympics should be cancelled, but the human spirit will triumph. Set fears of Zika aside, because adversity is what the games are all about.

So if the top Olympic athletes are backing out of the Rio games and we don’t think the media is exaggerating the concerns about Brazil, then that begs the question, should these Summer Olympics be taking place at all?

Obviously no one is going to cancel the Olympics two weeks before they are set to begin. But that doesn’t mean they aren’t wrong to proceed. We know about the logistical and financial shortcomings that seem to have plagued this location, yet the safety concerns are the most alarming of all. There is contaminated water; even worse there is the spreading Zika virus. It would be bad enough if Zika affected a number of these athletes during competition, but remember, these are athletes from all over the entire world. Isn’t the act of bringing them together to a dangerous location just asking for Zika to be spread back to the rest of the world upon completion of the Olympics?

ALSO ON BUZZCHOMP: Should We Boycott the Summer Games?

I’m no hotshot doctor (*gasp*), but that seems pretty logical. A virus exists in Brazil; thus we don’t want to bring thousands of people to that location and then re-release those people to previously uncontaminated countries all for the sake of running around a track a few dozen times. The reward of the activity doesn’t seem worth the risk at this point. Even if no one ends up getting sick (which seems impossible), I don’t see the upside. There is no way this turns out well for the host country. It rarely does even during uneventful Olympic games.

We have to let the human spirit trump logic, we simply have to. Every logical thought leads to the conclusion you’ve drawn, that we should absolutely cancel the 2016 Summer Olympics. Rio may be unprepared. The water may be contaminated. But ultimately the threat of spreading a previously contained virus to the world at large is a risk that seems unbelievably stupid to take. How could the world allow this virus to spread? How can thousands of people all think this will ultimately be okay?

Its time to flip the script and see beyond the grey skies. The Olympics are all about the triumph of the human spirit and simply holding the games this year will be our ultimate victory. In the face of an increasingly violent world, despite overwhelming evidence to support bad water and even worse Zika virus fears, we as a species are holding a world-wide celebration of our very best athletes. We have chosen to laugh and dance and cheer instead of cower in fear. If that doesn’t make you happy, then please volunteer for the next mission to Mars. You don’t belong here.

It’s no secret that corruption is the primary fuel that runs the IOC and the Olympics. Yet its easy to fall into this media trap and assume all members of the IOC are corrupt. All athletes are cheating. All of Rio is a cesspool and all of the world will get Zika because of the 2016 Summer Olympics. None of those statements are true. Therefore we can actually use logic to come to a happy conclusion. There are honest members of the Olympic committee, so its safe to assume that some actual research took place regarding the threat of Zika. It’s also safe to assume that more than one person determined the threat to be minimal. Mosquitoes can be kept at bay and people can be protected in Rio. No one wants to read that headline, but with the Olympics proceeding as planned, someone made that determination.

If money fueled a low risk rating for the summer games, or if lots of people simply made a very big mistake, then the world is in for a shock in the coming years. Zika doesn’t manifest right away and neither will its fallout. But if the human spirit triumphs like it will for so many individuals competing in the games themselves, then we as a species are okay. The Summer Games will be okay and it’s definitely okay for us to enjoy them. As a man in my child-bearing years, I want no part of Rio right now. But I’m thrilled to cheer on our athletes. I’m thrilled to help the human spirit triumph in the face of overwhelming adversity.