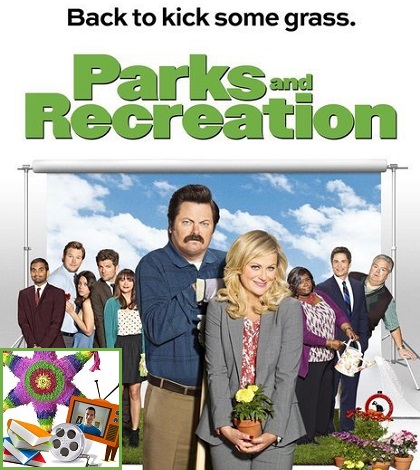 Parks and Recreation is finally back for its last season, and something’s missing.

Sure, all the characters are here. Chris Pratt departed from his movie-star persona to return to fat and silly Andy Dwyer; Amy Poehler left the red carpet of the Golden Globes to grace the halls of government bureaucracy once again; Nick Offerman returned to…well, actually it really seems like Offerman is just playing himself when depicting Ron Swanson, which makes the character a tad bit more awesome.

Nevertheless, season seven’s first episode felt flat. It felt forced. Why are we traveling two years into the future exactly? How many episodes will they keep this cliff-hanger of a fight between Leslie and Ron going before rehashing what happened?

Worst of all though, the return of Parks and Recreation brought something unexpected with it: an annoyance in Leslie Knope. The character was always over-the-top and crazy, but this season, she also came off as pretty annoying. It’s one of the worst things that can happen to a main character.

Even through bad morals or dumb decisions or unbelievable circumstance, a show’s protagonist cannot annoy the audience.

So when Leslie began forcing her national park idea into a space of land that she had no money to purchase, it didn’t come off as quirky and full of gusto. She seemed obnoxious. Why is she even there?

And when Ms. Knope ruined an entire gala by fighting with her old boss, it wasn’t silly or comforting. She came off as incredibly rude and petty. Why is she even waging war over this?

I’m worried for this show. I know this is the final season, so there isn’t much to worry about. Whether season seven is tremendous or tremendously lacking, the show will end. Either way, this is it. So there is not much at stake, and yet, final seasons bring with them some level of import. Showrunners don’t need to make some grand triumph as they leave, but the least they should do is not ruin the groundwork of what has already been shown.

One episode in, season seven Leslie Knope is an annoying individual. Let’s hope that doesn’t stick and, more importantly, doesn’t rub off on the Leslies that preceded her.