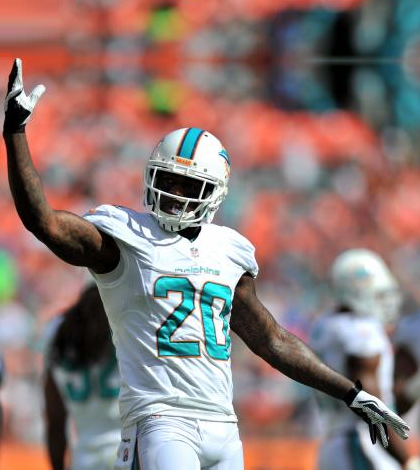 We’re halfway through the NFL season, and things are getting interesting. More than ever before, we have a clear idea of which teams are truly elite and which games will be real battles. So what matchups should you mark on your calendar? We’re glad you asked! These are your must watch games for NFL Week 8.

The Patriots escaped a tough battle with the New York Jets at home last week. Now they get less than a week to prepare, before they have to turn around and do the same thing against their division rival, the Miami Dolphins. The Patriots are clearly the better team, but can they shake the strange case of the drops that their receivers caught last week? Thursday Night Football seems to always feature messy games that are dangerous for elite teams. Keep an eye on this one. The outcome is up in the air.

The Bengals are the class of the AFC North this year. They’re undefeated, and certainly fired up about a chance to crush the rival Steelers, whose perennial contention has made them public enemy number one in the division. But not so fast: Pittsburgh gets star QB Ben Roethlisberger back this week, and that could make them a scary opponent. Having played so many games without their star, the Steelers are a rare enigma among NFL teams in Week 8. We don’t know how good they’ll be, because we’ve barely seen them at full strength. This is a matchup with the potential to be a statement win for either team, and it’s a divisional battle to boot. We’re calling this one the ‘Game of the Week.’

This game is interesting for several reasons. The Giants were embarrassed by Philadelphia in Week 6, but beat the Cowboys in Week 7. They’re trying to prove they can steal the NFC East crown in a year when no team in the division seems to have it totally together. They’ll meet a New Orleans Saints team that’s been on a roll lately: the Saints have won three of their last four, including a win over the then undefeated Atlanta Falcons. The Saints’ other victims were the Colts and the Cowboys. So which team is actually better? The Saints desperately need to keep winning, as the NFC South has been unexpectedly tough this year. The Giants do too, as their division is even closer. Both of these teams will want this one badly.

The NFL has a remarkable number of undefeated teams at this point in the season. Going into Week 8, there are five undefeated teams, but all that changes on Sunday night when the Packers face the Broncos.

This game is a truly awesome matchup, arguably the single best one of the year so far. Two hall of fame quarterbacks square off, as Aaron Rodgers leads his trademark offense into Denver to face the Broncos and their league-leading defense. Let’s not forget Mr. Peyton Manning, the all-time great who is still trying to find his stride this season. Will home field advantage be enough to give Denver the edge, or can Green Bay continue its domination of the league?