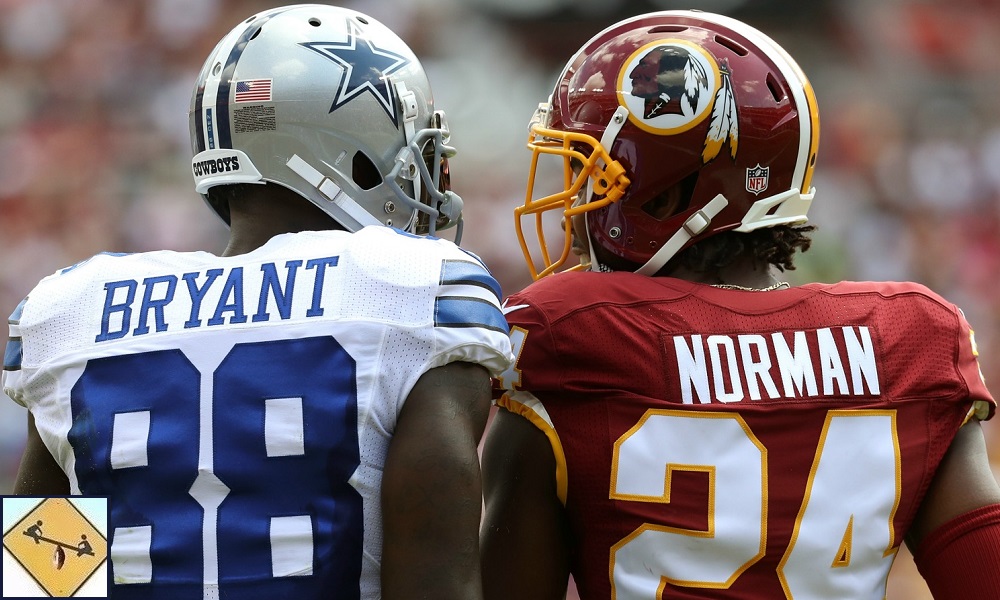 The NFL season has been full of crazy games and even crazier quotes. One in particular stands out in NFL Week 3, but who said it? They said what?

We are just a couple of weeks into the 2016 NFL season, but there have already been a flurry of interesting and entertaining quotations to come out of the mouths of players and team personnel.

Some, like Josh Norman complaining about a postgame drug test, are whiny. Some, like Jason Witten explaining that the sun exists and will continue to do so, are refreshing. Others are just plain funny. Who said the following sarcastic quote and in what instance did it come?

“Good team. Super Bowl-caliber team, at least that is what they are talking about. I mean, who knows?”

There have already been a number of defeats levied against some of the supposed best teams in the league. Let’s see if you can deduce who took this shot at their opponent following one of them.

Oh man, I LOVE this quote. It’s simultaneously a jab at the team in question and at the media for elevating a pretty good franchise to Super Bowl levels pre-season. After two weeks we certainly know only two things to be facts. One is that the New England Patriots are a really well coached football team. The other is that everything else is pretty much wide open at this point. As injuries add up the field opens to many more contenders.

So who uttered this delicious quote? I’d love to give it to Bill Belichick, but I’m eliminating him immediately because he does not taught the opposition. He never does it. Period. Even after a game has been won. I can’t see Mike Zimmer poking the bear in his division named Green Bay either. They have to face them again this season. That leaves three solid choices.

Von Miller is the easy answer, so I’m eliminating him as well. Von’s opponent was a Super Bowl team last season and the game was so close it doesn’t really fit. Mike Tomlin is the fun answer, but this feels like a player’s comment and not a coach’s comment.

Robert Quinn made this amazing statement. His Rams got humiliated in Week 1 on the road, only to humiliate a presumptive Super Bowl favorite in Los Angeles on Sunday. The Rams made Seattle look really, really bad. The media pegged them as the top team in the NFC, yet they have looked nothing like it to this point. Quinn was spot on in his assessment / sarcasm / honest answer.

Saying that felt like a player’s comment and not a coach’s was probably accurate. It FELT that way, but it wasn’t that way. This was said by a coach. And saying Bill Belichick does not taunt the opposition FELT correct as well, but it’s not. He is a sneaky jackass and always has been. Belichick did indeed deliver this needle to the Arizona Cardinals after Week 1. He said it in the context of congratulating his own team on a tough-fought win, but we know where the emphasis really was in that statement.