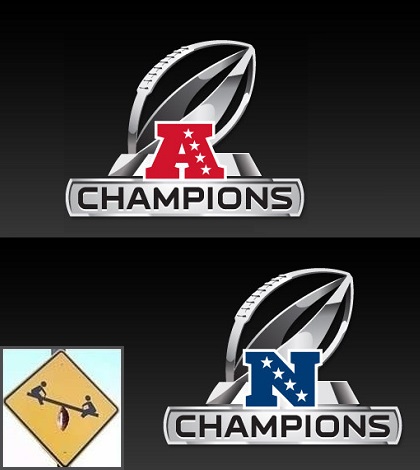 [Part one – Our Super Bowl picks are doomed]

I want to start with the Patriots, who through three weeks are sailing through uncharted waters. They lost to Miami week one, who no longer looks very good after losses to Buffalo and Kansas City. Then New England decimated the Vikings on defense alone; their offense was suspect all game. And finally they struggle against the Raiders and look bad in a win.

I realize 2-1 is a positive; that it’s a victory just to win in the NFL. But New England’s offense does not look playoff worthy, let alone Super Bowl worthy. If their defense can not maintain its high level all season, the Patriots are going to be playing close games every week. And usually you win half and lose the other half.

Basically I feel like my New England pick is a poor man’s version of your Broncos pick. Point of doom goes to Dan.

Then there is New Orleans, who also sits at 1-2 like the lowly Packers. A close loss to Atlanta is tolerable, the loss to Cleveland is not. Yes the Saints beat up on Minnesota, but it seems like that’s the thing to do this season. All in all they can fix their issues, but the offense doesn’t appear powerful enough to overcome solid defense. I’m giving the Browns that accolade, if you didn’t notice.

Something stinks in New Orleans, but it’s a toss up for me between who stinks worse, the Packers or Saints. All in all our Super Predictions appear doomed, but let me hold the burn crown of missed opportunity.

It was hard to take an overarching glance at this while smoldering over my poor choices.

Sure Denver is struggling to live up to last year’s heights, but you’re right. It still looks better than New England. It has the better offense, even if both teams are operating at peak performance. Denver also has the better defense, especially if Revis Island is able to be visited so often and by so many opposing wide receivers. Depending on how you feel about the Chargers right now, Denver is still at least the third-best team in the AFC while fighting through mediocrity. The same cannot be said of the Patriots.

And there really is little difference right now between Green Bay and New Orleans. Both have Hall of Fame-caliber quarterbacks who are struggling to generate consistent offense. Both have myriad of weapons at their disposal at the skill positions yet are not overwhelming opposing defenses like expected. Is Green Bay’s Eddie Lacy just not as good as everyone thought? Is New Orleans’ Marques Colston more washed-up than everyone expected? Both teams also have piss poor defenses of their own. The Saints can occasionally fall back on their home-field advantage and playing in a dome. However, Green Bay will get its own home-field edge once the weather turns cold.

The NFC argument is definitely too close to call. It is already an uphill battle for either team to get into first place of its own division, let alone winning the conference title.

After this brief reflection, I apologize. Your Super Bowl selection certainly looks much dumber than mine. Congratulations?

Yayyy I think I win…. at least at this ultra early stage of things.

We can both agree that its a ton of fun to make Super Bowl predictions during the pre-season. But are we actually witnessing a significantly different NFL landscape this season? It’s almost as if having a top quarterback will not determine a team’s success in 2014. Its crazy talk, but through three weeks it’s the reality.

Our Super Bowl picks all have top quarterbacks. All four men may enter the hall of fame one day. That being said, its possible that three of the four teams could miss the playoffs. Now I don’t think the AFC is strong enough to keep either New England or the Broncos out, but the lack of impressive play makes me take pause.

Is Chip Kelly’s game taking over? Are we headed for a plug and play offense where all that matters is a lack of mistakes? I mean the New York Jets would probably be 3-0 if Geno Smith didn’t make bonehead mistakes. I know mistake free football is important, but I’m scared if it becomes all that really matters.

You bring up an interesting point about the demise of elite quarterbacking leading to wins. I mean, anyone who watched the Eagles through at least the first two weeks saw how Nick Foles couldn’t hit a receiver down field if his job depended on it. Fortunately for Foles, it didn’t. And the Eagles are undefeated.

Of course, I have to bring it back to small sample size. Anyone can look bad in two or three games. I have a feeling that these star QBs may begin to turn their respective offenses around pretty soon.

[If you missed Part one – Our Super Bowl picks are doomed]

Photo and Logos courtesy of GRIDIRONGRIT.com, and the National Football League