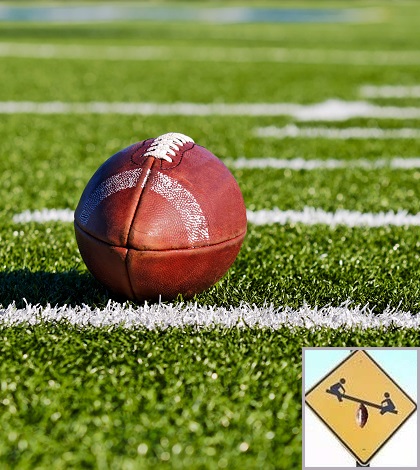 NFL Preseason takeaways range from completely ridiculous to factually incorrect. So instead of informative analysis, these are the real story lines and takeaways from the NFL Preseason. Football is back, but not yet better than ever.

As we did earlier in the week with the NFC storylines, it’s time to run through a quick preview of the storylines to follow this preseason out of the AFC. We are already more than a week into the preseason, but no matter. These are overarching plots to pay attention to. In fact, these are the only relevant things that can come out of the AFC preseason games.

ALSO ON BUZZCHOMP: Can the Cowboys make RB by Committee work?

Did Von Miller suffer a debilitating injury that may sideline him for upwards of two months?

Did Jamaal Charles suffer a debilitating injury that may sideline him for upwards of two months?

Did Derek Carr complete zero percent of his passes on at least 60 attempts?

Was Le’Veon Bell‘s suspension adjusted yet again, either as an increase or a decrease in games missed?

Was there any update on Tom Brady‘s court-room proceedings and the likelihood of his suspension being overturned?

Did AJ Green suffer a debilitating injury that may sideline him for upwards of two months?

Did Ryan Tannehill and Jarvis Landry pair up for fewer than two receptions or more than 80 receptions in four preseason games?

These are the things that matter out of the AFC. Everything else is just fluff, unless the New York Jets lose another starter for four or more weeks; then add that to the list.

The one and only JJ Watt.

You joke, but many of those storylines are real concerns for fans of each team. Setting aside the all-encompassing “debilitating injury” which would surely suck for the Chiefs in the case of Jamaal Charles, or any other team with a superstar player on its roster. Insert Andrew Luck’s name, or Ben Roethlisberger, Peyton Manning, Tom Brady, or Darrelle Revis and everyone is throwing a pity party. Your other notes are funny, yet actual real things when put into context of the upcoming NFL season.

Take the case of Derek Carr, who will obviously not throw for zero percent completion during the preseason. If Carr does stink up the joint, the Raiders are going to wonder what they get out of their sophomore quarterback entering the year. If his crappy preseason performance rolls into the regular season, do they make a change at QB? Is Carr truly the longterm answer in Oakland? I think he’s riding the train straight to the Pro Bowl in future seasons, but all that could change with a bad couple of games.

With JJ Watt and Andrew Luck, now we are talking real crazy headlines! I would absolutely love it if JJ Watt had the opportunity to throw in the preseason, let alone throw for multiple touchdowns. That’s a new commercial waiting to happen, and I already love what Watt has brought to my living room via the TV. Unfortunately, Andrew Luck will not be playing much at all, let alone on defense. But he has the size and moxy to sack an opposing quarterback. Does Madden let you edit a player’s position? It really should. I’d start Luck as my Nose Tackle and have him lay out Peyton Manning play after play.

The suspension adjustments are both hilarious and completely annoying. Bell’s suspension should not be shorter than Tom Brady’s, and we still do not know how many games Brady will miss. Talk about a Fantasy Football headache. I take Brady in the first round if he’s only out two games, but three or four and I’m seriously questioning his draft stock. Same goes for Bell. Leave the suspension alone so we can all draft in peace.

The final storyline is a huge one for the Buffalo Bills. They scooped up the Jets’ cast off who punched Geno Smith in the face faster than Rex Ryan eats ice cream. If IK does in fact break EJ Manuel’s jaw it would make Ryan’s life a whole lot simpler. The Bills are embroiled in a quarterback controversy, and every football fan knows that Rex Ryan does not do well with a QB carousel. He’s been made to look the fool with his quarterback more times than I can count, and now must decide who will lead the Bills in 2015. A TKO to Manuel simplifies things immensely for Ryan. It may not help him make the right decision, but at least he’d have fewer choices.

If you have other NFL Preseason storylines we forgot, leave them in the Comments or hit us up on Twitter with the links below. I’m ready for some football.