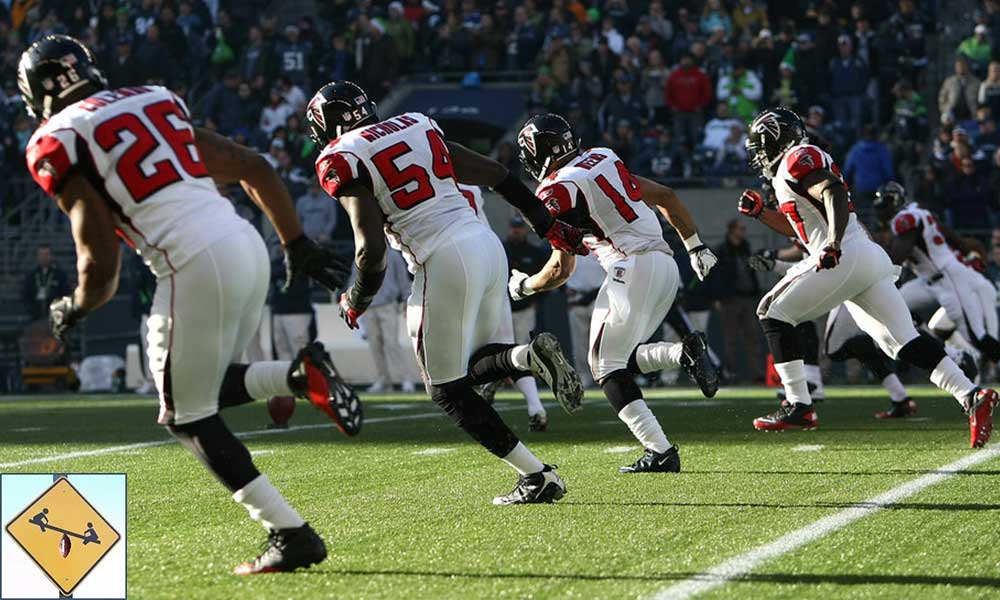 We’re celebrating NFL Kickoff 2017 with an intense sports quotes game. Football is brutal, but guessing these quotes is worse. Can you figure it out? They said what?

The NFL is Back! Someone should do a song about it… oh right, we did last year! The NFL is back baby, NFL Kickoff 2017, and that means lots of incredibly idiotic sports quotes are flowing our way. From players still angry about last season’s garbage, to coaches attempting to sugar coat the fact that their team sucks, we are blessed with a lot of NFL.

Its time for everyone’s favorite sports quote game “They Said What?” Our NFL Kickoff 2017 edition is very hard. Dare to play.

To celebrate NFL Kickoff 2017, I present to you an amazing NFL quote. Perhaps the quote itself provides a big hint as to the speaker, or perhaps it stands the test of time, because no one really cares about safety anyhow. Can you guess who said it?

“I wouldn’t ever set out to hurt someone deliberately unless it was important. Like a league game or something.”

Hint 1: The speaker is in both the college football and pro football hall of fame.

Hint 3: He played for the same team his entire career.

Too hard or too easy? You tell me who said it, if you can.

That’s a great quote from (seemingly) a bygone era. It reminds me of the joke by humorist Dave Barry about a woman choosing to catch a falling baby over a fly ball without even considering if there are men on base. My first reaction was to think through all the big hitters from the last generation of football. Many only played for one team. (Dick Butkus, Lawrence Taylor, Ray Lewis, Ronnie Lott, etc.) However, most of the names that come to mind won Super Bowls. That twinge of humor also throws me off and doesn’t immediately remind me of any former football player.

I am going to take a semi stab in the dark. None of the names I had in mind fit all three criteria so I am forced to turn to the unknown. I am going with Chuck Bednarik. He played when saying something like this would not have sounded many alarms. Plus, he is in the pro football Hall of Fame (maybe the college Hall as well?). I believe he played only for the Philadelphia Eagles, which would automatically fulfill the requirements of both two and three since the Eagles franchise has never won a Super Bowl. It’s not much to go on, but it’s all I could manage.

You blew right past the correct answer within your list of former heavy hitters in football. This off-color humor belongs to a living legend on defense, and off the field. Dick Butkus uttered this quote, among other gems.

Butkus played for the Chicago Bears his entire career, yet never won a Super Bowl. He was the bruiser who could never let up on the field.