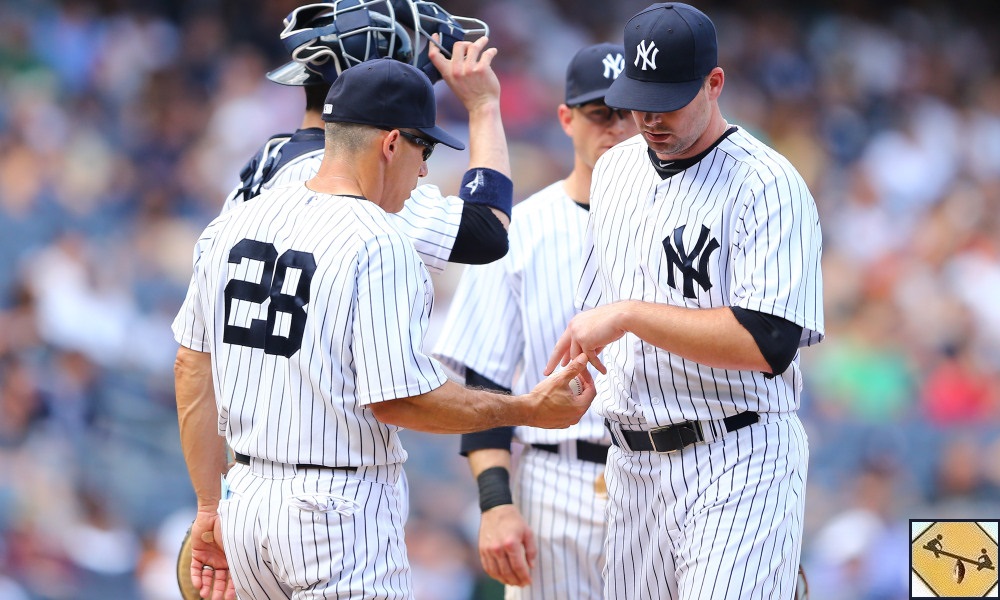 The New York Yankees hot stove is fired up as a December 1st deadline looms. MLB and the Player’s Union must finalize their CBA, but that isn’t stopping the Yankees from stacking the deck.

The Major League Baseball hot stove isn’t hot enough yet to cook anything. It’s just warming up. That is because MLB and the players’ union have to first agree on a new collective-bargaining agreement before the current one expires on December 1st. Though many changes can come from the lobbying, the main issue is teams don’t know where their tax thresholds will be. No one knows exactly what they will be able to spend. (Obviously, baseball teams can technically spend whatever they want, but owners have some say in staying under the tax.)

The New York Yankees are no exception to this, despite their past history of spending wildly. In recent years, the Steinbrenners have made it a goal to get under the tax, and there are a number of huge contracts coming off the books next offseason. That could lead to adding few large contracts outside of one-year deals.

Of course, the Yankees weren’t going to completely wait until December 1st to do anything. They already traded Brian McCann to the Houston Astros for prospects and some money relief earlier this month. What else is coming up is anyone’s guess.

Most folks think New York will attempt to bring back Aroldis Chapman. I like the idea of adding another closer and replenishing a formidable bullpen, but I don’t know if Chapman is worth $100 million as most expect he could receive.

There is also news that the Yankees are targeting veteran bats. This idea I like a bit more. The team should be pretty young in the field in 2017, with more young talents coming up as the year progresses. Yet New York has space at DH for a bat, as well as opportunities for platoons in the outfield and corner infield. I don’t particularly love the names being bandied about in that linked article, but the basic idea seems like a good one. Brandon Moss is perhaps the most intriguing option to me since he can play both outfield and first base and is a solid career hitter against right-handed pitching.

There has also been lots of trade talk floating around for the Yankees, with names like Brett Gardner and Chase Headley coming up. I don’t see any reason the Yankees should feel attached to any veteran they currently possess. Everyone should be available. The team needs starting pitching as well as the aforementioned bullpen help and bat for next season. As long as New York doesn’t send away some of the top prospects it just acquired in 2016, making moves is the correct course of action. The team may not be elite in 2017, but it is being built to approach that soon enough.

The way this Yankees team ended the 2016 season tells me one very important thing. New York needs consistently sharp starting pitching. I loved how the lineup gelled around its rookies over the final two months. I love the prospects of Greg Bird joining Gary Sanchez, Tyler Austin, and Aaron Judge in 2017. The DH/Outfield position is certainly one to be filled with depth, but its a low priority for me this offseason. The bullpen also looked sharp to end the year, so it’s not anywhere near the top of my offseason priority list.

New York is likely in the Chapman discussions to drive up his price. They could use a middle reliever, but don’t need another closer with Dellin Betances on roster. It’s the starting pitching that now concerns me. Tanaka, Pineda, and Sabathia are an excellent three, four, and five in the Yankees rotation. Yet none of them give me confidence as the number one or two starter any longer. Of the available free agents this offseason, very few pitchers get me excited.

The full list is infinitely longer, but those are just a few of the names that could revive their past dominance as a Yankee. I expect New York to sign at least two of the players I listed above, swinging at least one more trade for a bonafide top of the line starting pitcher.


If you’re asking me to make a prediction, I think the Yankees add Tim Lincecum to their bullpen and both Jered Weaver and Jake Peavy to the rotation. Veteran pitching depth will be key to bolstering this team’s young lineup, especially with so many young pitchers waiting to get called up from New York’s farm system.

Photo Credits: Empire Writes Back and The Big Lead