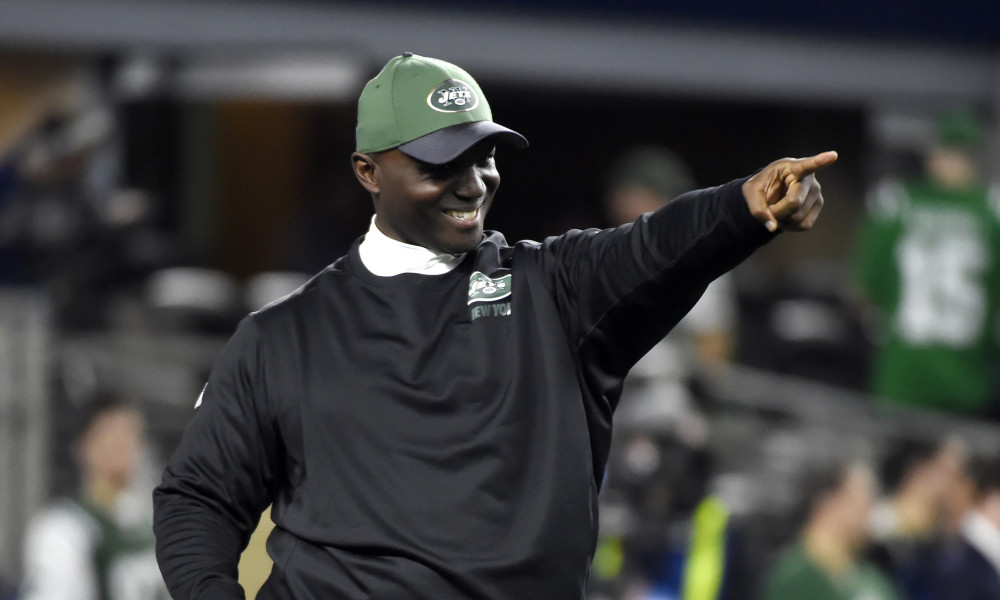 The 2016 NFL season was forgettable for Gang Green, but that doesn’t mean there weren’t highlights. Forget all those games the New York Jets got blown out and set aside the numerous times Ryan Fitzpatrick got promoted from backup to starting quarterback. Don’t even focus on the wins themselves, because two against Buffalo and one against Cleveland and another against San Francisco are nothing to cheer about.

What were the actual highlights of the season? What moments made you smile and proud to be a New York Jets fan? I’ve got five highlights in the order they came to me, because using an actual organizational method would make you think the season was good somehow.

Enunwa is a rising star in the league and an exciting player for the Jets going forward. This was his coming out party, his break out play of the season that stated once and for all “I’m here and I’m a beast.” Enunwa caught a Geno Smith pass over the middle of the field, probably a ten to fifteen yard pass at most, then turned on the jets. He was 69 yards down the field and in the endzone faster than I knew possible. Damn does Quincy have wheels and we got to see them a few more times like this throughout the season. Smith had his first and only start of the year, with this being his best play before getting injured. It was a beauty to a future star of the New York Jets.

Before this football game got out of hand, the New York Jets took an early lead against a better Dolphins team with this beauty thrown by Bryce Petty. Anderson caught the pass over the middle and whisked his way into the endzone, covering 40 yards in the process. Petty may not have found much rhythm in his limited action, but he always seemed to find Anderson. Robby had a tremendous rookie year and looks to break out in a big way next season, especially if he adds some muscle. This touchdown catch was his most impressive. Anderson’s got speed.

In what was easily the Jets best game of the season, Matt Forte had his most dominating performance. New York humiliated the Bills as Forte put up over 100 yards rushing and three touchdowns. It was a monster fantasy day for him, but an even better one in real life. Forte showed he can still play at a very high level and proved his value to the Jets offense. More importantly, it was like no one on Buffalo could stop him. Run, run, run because the defense isn’t coming.

The New York Jets had two outstanding running backs this season, but never quite used them together. When Forte got injured versus the 49ers, in came Powell to the tune of two touchdowns, 145 yards rushing, and over 170 total yards from scrimmage. Keep in mind that he did not enter the game until the second quarter, after the Forte injury. Powell is an excellent running back, deserving of a significant role in New York’s offense next season. San Francisco had a bad defense, but Powell took full advantage. In a forgettable year, his strides forward made me smile.

The final highlight came in the season’s final game. New York was already beating Buffalo for the second time, but on this play the Bills forgot the rules and tossed in the towel. They forgot that a kickoff is a live football, standing around as the Jets recovered the kickoff in the endzone. How awesome and humiliating! Buffalo thought that the Jets were downing the ball, but those are rules for punts, not kickoffs. Gang Green got another touchdown, ending its season on a high note by defeating its former coach’s former team.


It’s no coincidence that all but one of these highlights took place during a New York Jets victory. But I’ll be remembering these plays more than the wins. When your season goes down the drain, we fans take solace in big plays by players new and old. Here’s to 2017!