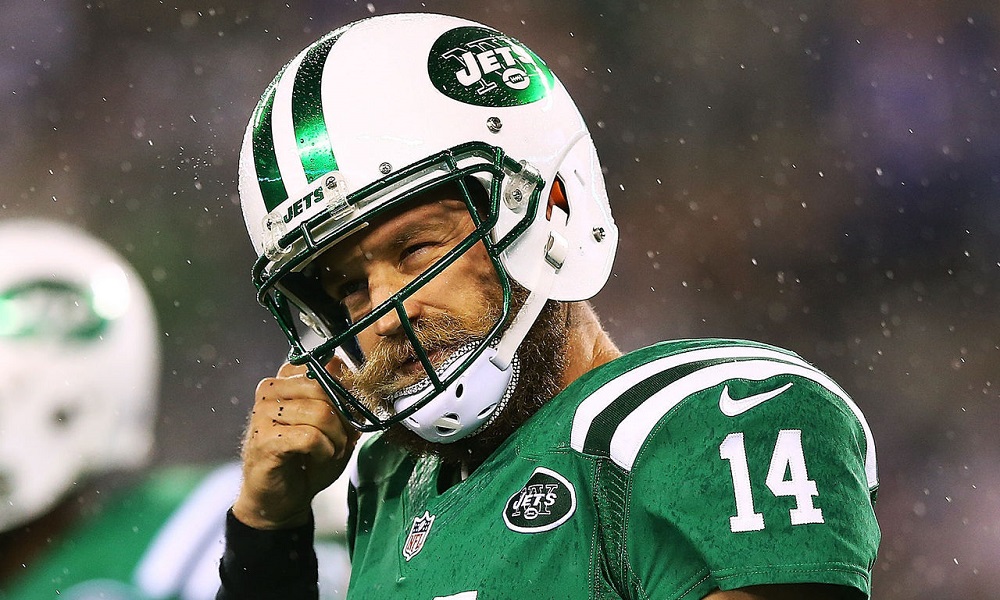 The New York Jets are proving they’ve changed with their hard stance in negotiations with Ryan Fitzpatrick. We fans may be squirming, but we all wanted a new era of Green and White and now we finally have it.

Despite wanting the New York Jets to win now and wanting it really badly, I’m proud that the Jets’ front office has taken a hard stance in quarterback negotiations. As a New York fan, I’ve been craving legitimate change in the front office for years. I wanted to see evolution and progress in the way our franchise handled things. Great football teams, just like great people, are never desperate. This had been a foreign concept for Gang Green until recently.

General Manager Mike Macagnan joined the team after the 2014 season and lit a fire under everyone’s asses. He used the team’s salary cap, used its extra money and high draft picks, to create an exceedingly better football team in 2015. The Jets put up double-digit wins in what proved to be a stacked AFC last season. Despite missing the playoffs, he showed an eye for both the present and future of the Jets. But would his strong rookie year be a fluke, or was he actually changing the mindset of the organization?

The New York Jets have no reason to be a desperate football team. As fans, we are desperate for wins and clamoring for playoff football. But ultimately every New York Jets’ fan wants a Super Bowl championship. I’m too young to remember Super Bowl III and New York’s only title. Joe Namath is more of a legend than an actual football player. Yet the current Jets are excellent. The team under Rex Ryan got very good, very quickly. But despite the success, New York remained a desperate football team. They constantly had quarterback controversy, because no one was sure if Mark Sanchez was legit. Then Tim Tebow arrived, followed by Geno Smith. The franchise simply wanted SOMEONE to step up and play quarterback successfully. This was ignorant, as the defense and running game was the team’s strength at first. Those things deteriorated and the desperation blew up in everyone’s faces.

After Ryan was fired and our new coach and GM took over, everyone was rather nervous. I could see the change happening and knew our Jets would improve. But I’ll even admit, the confidence and demeanor of today’s New York Jets is surprising and encouraging. Finally! We finally have a smart man thinking big picture, making decisions for Gang Green. He’s not throwing money at players who may have earned it. He’s evaluating their value going forward and building the best damn football team possible.

New York will have a lot of cap flexibility and money to spend next offseason, in 2017. That means that the primary goal right now is to not screw anything up. Don’t destroy what can be another amazing offseason of team building, like what happened just a year ago, by committing to longterm money on players who may not be worth it past the coming season. That’s why Chris Ivory was allowed to leave. It’s why negotiations with Ryan Fitzpatrick are at a standstill. Unless you have a superstar at quarterback, no player is worth jeopardizing the future.

I love Ryan Fitzpatrick and his dominant season was both impressive and amazing. Yet its easy to get caught up in the ‘what have you done for me lately’ mindset. Fitzpatrick has done an awful lot for the Jets lately, but his career would indicate that things may level off. Even if he keeps it going, because New York’s offense is uniquely built to his strengths, it would be foolish to overpay him. The Jets need a game manager who won’t make costly turnovers. Fitzpatrick made costly turnovers last season. He isn’t the only player who can wield New York’s offense. He just happens to be the player who did it best and most recently.

I want Fitzpatrick to keep playing for the Jets, but if he can get more money elsewhere, go for it. His NFL career has a few years left and he can set his family up for the long haul. But the Jets should have no part of it. Fitzpatrick has earned a solid salary, but if he wants to win with New York, he’ll have to create a team friendly contract that doesn’t handicap the Jets down the road. This is a new team with a new head on its shoulders. The New York Jets are not desperate. Stand tall and enjoy the ride.