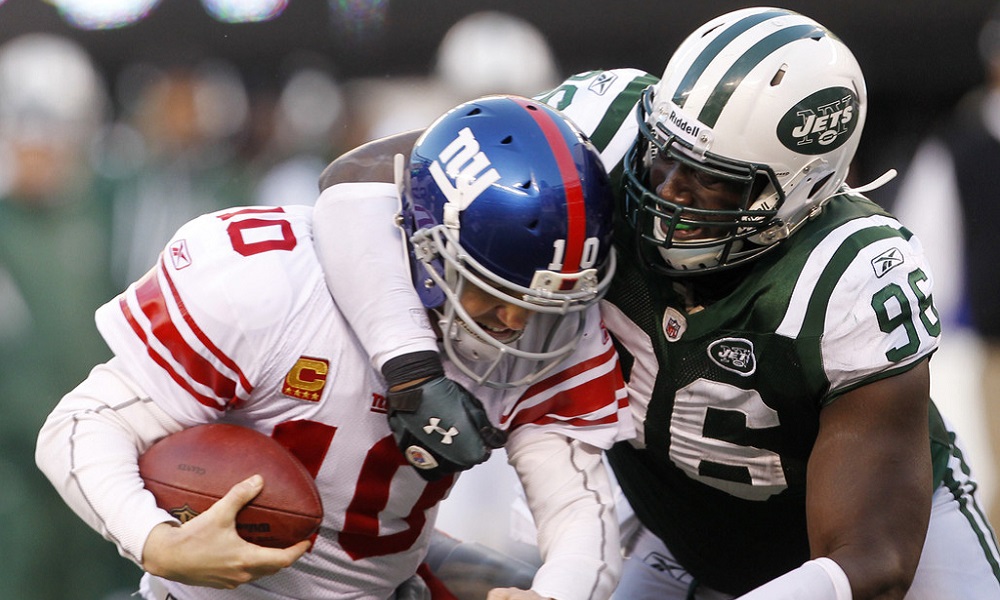 The New York Jets 2017 season isn’t great, but at least they’re not the New York Giants. Expectations are a double-edged sword and this season no one is stabbing the Jets.

I’d offer sympathy, but New York Giants fans never gave any to the New York Jets. Gang Green has been the ugly step child of New York football forever, as the Giants won Super Bowls and seemingly ran an above average franchise in a respectable and commendable manner. Now in 2017 the exact opposite is true of both the Jets and Giants. It’s the G-men who are a dysfunctional mess, managing to make a losing season far worse than anyone could have logically imagined. Even the Cleveland Browns have better energy surrounding their team, and they haven’t won a game.

The Jets are the team moving in the right direction, developing their young talent, and showing stability in the best way possible. This is wonderful for Gang Green, despite a losing season that is likely to stay as such. A ton of progress was made in 2017, as the Jets young team has gelled into a winning unit with aspirations that simply require continued improvement and further attention to detail. The Jets biggest problem has been penalties. Their biggest success might be the simple fact that they are not the Giants.

Jets fans are familiar with quarterback controversy, yet in 2017 there has been none. Josh McCown has played great football and is the leader of this football team. He is doing exactly what they had hoped, exceeding expectations in the process. If Bryce Petty or Christian Hackenberg were going to get better this season, it was by learning under McCown as he led by example. Who knows if either player will ever be a starter in the NFL, but it did not matter for the Jets. They found a great veteran quarterback to lead their young team in transition. The Giants also have a great veteran quarterback and proven leader, yet they made him look like a fool.

Eli Manning rarely wowed people with his game, yet if anyone is the epitome of mastering intangibles and finding ways to win, its Manning. He did not win two Super Bowls by accident. If the Giants had said they wanted to bench him in order to protect his health, at least fans would have understood. That would be admitting to tanking, but at least you protect the integrity of your superstar quarterback. You also retain his trade value in the offseason. Instead the Giants benched Manning, telling everyone via their actions that they do not want him back next season. Now the Giants are in a position of weakness and his value is plummeting.

ALSO ON BUZZCHOMP: New Thor Movie is a Legitimate Comedy

We’ve seen bad quarterback hand-offs in the past. The Jets botched bringing back Ryan Fitzpatrick in 2016. He became their starter in 2015 because Geno Smith got into a fight with a teammate. Now Smith is the starting quarterback for the Giants. Don’t mind me, I’m simply laughing out loud for a moment. He was a decent choice to back up Manning. In terms of second string quarterbacks, Smith is a solid option. Yet now he is the starter, for reasons unknown to most everyone.

Let’s not forget there is another New York football team that plays up in Buffalo. They too made a mess at quarterback this season. Two New York football teams completely screwed things up at quarterback and neither were the Jets. This makes me happy for Gang Green. They are doing things right and look stunning by comparison to their inter-city brethren. It may not last, but for now the New York Jets and their fans can enjoy the irony.