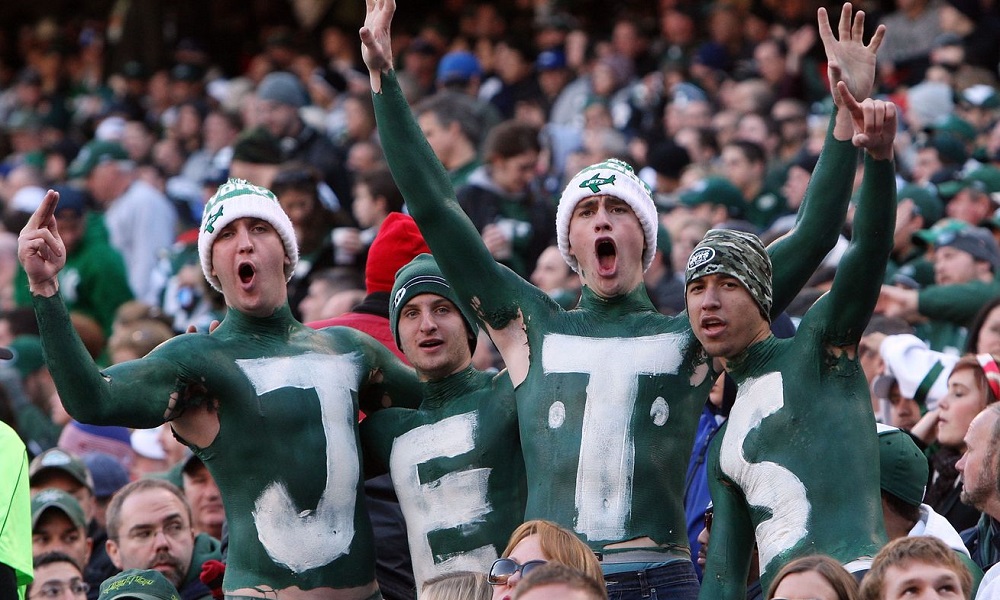 New York Jets fans need your help. There are five worthy bandwagons to join as the 2016 playoffs approach. Which NFL Bandwagon is the one? Vote Now!

The season is officially over for New York Jets fans and with the 2017 NFL Draft still months away, its time we pulled some meaningful football out of our backsides. Its time for Jets fans to join an NFL bandwagon heading towards the playoffs. By joining now we can get to know the players on our new team, maybe buy a t-shirt, and certainly feel at home with the club once the playoffs get started.

There are a lot of solid options across both conferences to pick from this season. Many young quarterbacks have made their proverbial leap, elevating their teams to the next level. Several veteran signal callers are finally rocking and rolling, making all fans once again take notice. Which team is right for New York Jets fans? I’ve narrowed things down to five potential teams across both conferences, but first allow me to eliminate some potential bandwagons.

The New England Patriots are immediately eliminated, as are the Miami Dolphins. They are the Jets two biggest rivals, so joining their bandwagons is out of the question. So is joining the New York Giants bandwagon. While its fun to root for our brother from another mother, fans of Gang Green simply can not join up with the Giants. It’s too easy and we’ll be labeled defectors, or told that we’ve finally come to our senses. No thank you. The Dallas Cowboys and Seattle Seahawks are also eliminated. Neither team has that likability factor and both have such well established fans bases that no one really wants to join. I politely decline the offer. I also can’t bring myself to root for the Kansas City Chiefs for Denver Broncos. Something about Alex Smith at quarterback leaves me uninspired and Denver is the defending champ, so that’s no fun either. I don’t like the Ravens, Texans, or Steelers. Uninspired bandwagons this season.

Of the remaining teams with legitimate playoff chances, there are two in the AFC and three in the NFC with worthy bandwagons. The Oakland Raiders and Tennessee Titans both provide lots of excitement. As do the Atlanta Falcons, Tampa Bay Buccaneers, and Detroit Lions. I’ve listed them in order of record below and made a case for each team. It’s up to you to help New York Jets fans decide. VOTE in the comments or on Twitter with the hashtag #JetsBandwagon by tweeting @BuzzzChomp now until the season ends!

The Raiders have the best shot at toppling the Patriots in the AFC. With Derek Carr at quarterback, they present a fun team to root for. Carr has broken out and is leading a dynamic offense to new heights. I worry about the validity of Oakland’s defense, but they can literally outscore anyone this season.

If the goal is to topple the Patriots, then Oakland is the bandwagon for Jets fans to join. If the goal is to find another underdog like Gang Green to pull for, then this is not our team this season. The Raiders likely get a first round bye and homefield advantage, making them an easy favorite. As Jets fans its hard to root for an actual favorite.

I love that Matthew Stafford is getting it done in a season where no one expected him to. The Lions are playing at a consistently high level on both sides of the football. But there is no guarantee they win their division, let alone secure a playoff spot. That adds to the intrigue of their bandwagon.

Detroit is a constant underdog in the NFL, something all Jets fans can relate to. Stafford is a veteran quarterback with his best shot at playoff success this season. He’s always been really good, but never won deep into the playoffs. Pulling for him and the Lions to go the distance would be fun.

The Falcons are in a similar position to the Lions, with Matt Ryan at the helm and truly rocking and rolling. He’s a veteran quarterback, yet to go deep into the playoffs and win much of anything. Atlanta’s offense is incredibly fun to watch and their defense offers a relatable level of frustration for Jets fans.

I’d like to see Ryan go deep into the playoffs, but I’m not convinced the team as a whole can pull it off. They make mistakes and give up a lot of points. This is the perfect combination for fans of the New York Jets. Any success the Falcons have will be a pleasant surprise as they overcome their shortfalls in the process.

If a second year quarterback leading his team to glory is your thing, then Jameis Winston and the Tampa Bay Buccaneers are the bandwagon to join. As Jets fans this makes us long for the possibility of our own young leader making our team proud. It’s also more of a long shot that Tampa Bay holds onto a playoff spot and does anything with it.

The Buccaneers are another fun team to root for, with youth and play makers across both sides of the football. You get to root for them to both secure a wildcard berth, and then overcome long odds to win in the playoffs. Sounds like home to me.

The Titans are an interesting case, with an uphill battle to winning their division. But they present a real team to pull for and another young quarterback breaking through. Marcus Mariota has put things together nicely this season and the Titans are truly surprising people.

If Tennessee can overcome the Colts and Titans for the AFC South title, then they will be a dangerous team to face come playoff time. This is a fun bandwagon to jump on board with, but more of a long shot for real success this season.


Five teams with a real shot at playoff glory, but only one is the right bandwagon for New York Jets fans. Help us pick and VOTE BELOW or on TWITTER with the hashtag #JetsBandwagon by tweeting @BuzzzChomp now until the season ends. With nothing left to root for from our Jets, we fans need a new team worthy of our loyalty this season.