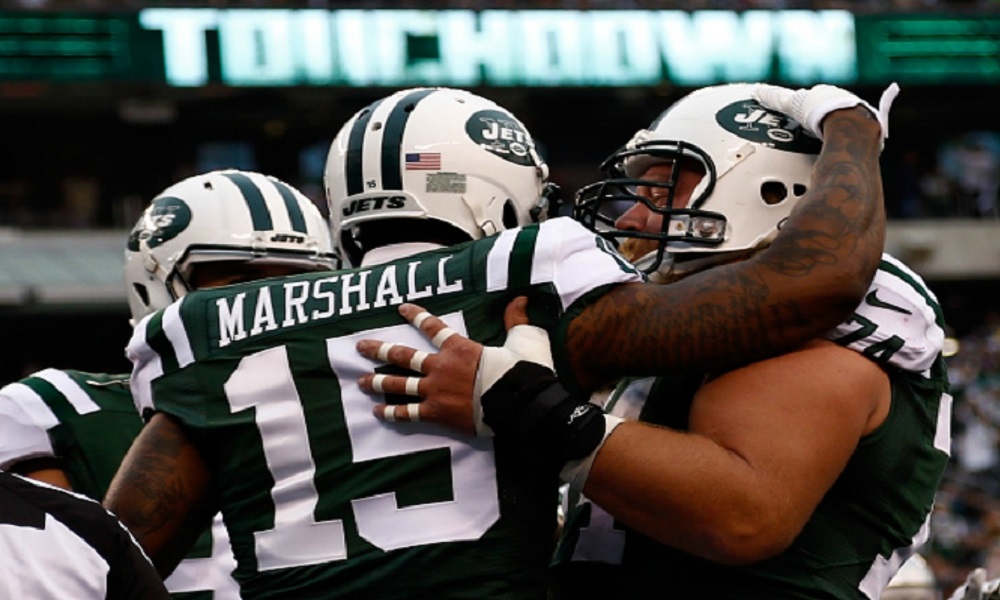 It’s understandable to discount a team after a bad year, but the New York Jets are being written off already after double digit victories last season. What the hell is going on?

The New York Jets do not have an especially great history of winning. Since the team began playing football back in 1960, Gang Green has only had eleven seasons with double digit victories. Each of the last five times New York reached such heights, they took a step back the following year, twice falling flat on their faces. So its understandable why pundits would question the Jets’ abilities to remain successful in 2016 after recording ten wins a season ago. Yet one look at the roster and that trepidation disappears. Where is all the negativity coming from?

Ryan Fitzpatrick‘s absence from the team is the obvious elephant in the room, but before last season would you ever have called him the linchpin of a franchise? Would you ever have presumed that Fitzpatrick would make or break a team’s year? Absolutely not. He’s been good over the course of his career and had an excellent season for the Jets in 2015. His best ever. He can repeat things again if he chooses to return, and I find it highly unlikely that he sits out a year. If Ryan Fitzpatrick leaves five to ten million dollars on the table out of pride, then maybe its time to retire. Regardless of his ultimate decision, the Jets are an excellent football team everywhere else on the roster.

If one strictly looks at the facts, then its pretty obvious that the situation created for Fitzpatrick as a Jet was ideal for his ability to be successful. New York has two star wide receivers in Brandon Marshall and Eric Decker, both veterans. They have an excellent offensive line and a very strong running game, one that has been revamped with the addition of Matt Forte. Chan Gailey proved himself once again to be a master at offensive coordinator. Fitz took a great situation and maximized it and I have full confidence that another quarterback is capable of doing so as well, if necessary. But its time to move away from strictly discussing the quarterback, because he’s only one player on a stacked roster.

Football Outsider’s released their AFC East projections for the upcoming season, sparking my desire to lash back out and defend the Jets. Like the media at large, Football Outsider’s predicted New York would once again be bad, falling to 6-10 and proving that last season was a fluke. While I respect their opinion, nothing about the roster turnover this offseason indicates four fewer wins in 2016. Nothing about how the team played last year indicates it was a fluke of success. In fact, quite the opposite is true.

On offense the Jets get Jace Amaro back from injury, infusing the tight end back into the receiving game. They brought in Matt Forte to compliment Bilal Powell out the backfield, an equally dynamic duo as New York had last year. The offensive line is pretty much in tact and things look even better over on defense.

Despite losing a few players in free agency, the Jets have sophomore seasons to look forward to from both Leonard Williams and Lorenzo Mauldin. I expect improvement from both, adding another level of quality to an already top defensive unit. The primary question mark is with Darrelle Revis. How will he respond in his return from a late season injury? If history is any indication, Revis will be back with a vengeance.

I’m not naive. I realize quarterback is critical to a team’s success. But every season one or two signal callers ‘shock’ us all with their outstanding performances, because they are on an extremely talented football team. Remember when Tom Brady got injured and Matt Cassel came in for a year to notch eleven wins? How about the Broncos winning a Super Bowl last season? Everyone on a football team doesn’t just collectively decide to suck because their quarterback is unproven or is coming off a bad season.

Geno Smith was in line to win the starting job for the Jets before he broke his hand, ushering in Fitzpatrick to save the day and lead our team to success. Enough time has now passed for me to wonder, is Geno a viable starter? Has he matured and learned how to thrive on a good football team? Fitzpatrick is a wicked smart player, but he still tossed too many interceptions last season. What are we really looking for here? Why does the media continue to count out the New York Jets, when the team is still intact from a year ago? Nothing like a healthy chip on your shoulder to propel us to victory.