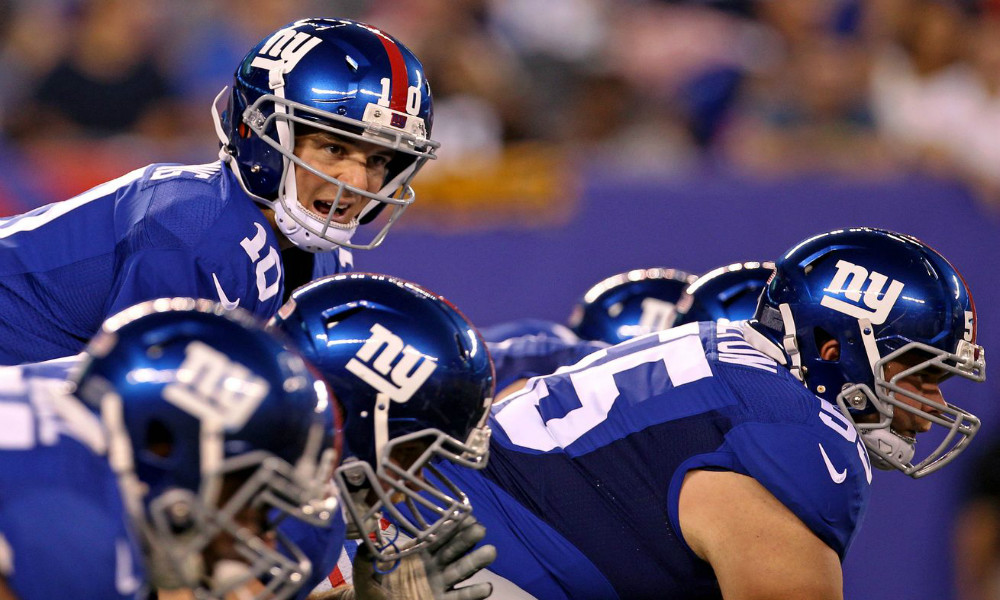 Not everyone’s roster around the NFL is perfect or complete, the New York Giants included. However, this is the time of year where there aren’t many remaining options left to make an impact. New York has holes left and few places to turn to fill them. (Photo Credit: bigblueview.com)

The NFL 12-month season has reached the closest thing to a hiatus. It is mid-May meaning free agency is long gone and the NFL Draft is complete. Offseason workouts are underway, but nothing happens from a fan’s point of view until training camp in the summer. That also means, for the most part, rosters are set around the league. There are undrafted free agents being given tryouts, but only a small percentage of those players end up making NFL rosters, let alone being impact-makers. There are also some remaining veteran free agents, but these are not difference-makers either. These are guys who are too old or too slow or too injured to be relied upon for serious roles in the coming season. By the end of May, a team’s roster is set.

For the New York Giants, this means a number of pressing holes still remain on the depth chart for the 2016 season. Even after spending all that cash in free agency and adding some useful pieces in the draft, there are still positions that were missed or overlooked or couldn’t be addressed.

The biggest hole remaining on the team is along the offensive line. Incredibly, New York went the entire draft without adding a single lineman, offensive or defensive, for the first time in franchise history. It spent boatloads of money on the defensive line in free agency, so that was explainable. But ignoring the offensive line was not. This is an incomplete group that frankly needs at least one and probably two more starters, let alone added depth.

Ereck Flowers, Justin Pugh and Weston Richburg are set along the left side of the line and at center, but there are no promising options for NYG at right guard and right tackle. John Jerry and Marshall Newhouse seem like the front runners for those two spots mostly because there is little other competition. We have multiple years of evidence that neither player is a viable starter in the NFL. They are great for depth, which was the purpose they were supposed to serve last year before injuries derailed that plan. Now, because of releases and departures and adding zero rookies here, they are both probable starters for 2016. Why, if we knew they weren’t good enough to start in 2015, does the team suddenly think they are good enough in 2016?

Bobby Hart and fringe pieces like him will have a chance of winning a spot, but the depth is lacking, and the future is unknown on the right side. The last gasp available to New York is trading for San Francisco’s Anthony Davis (or simply signing him if the 49ers release him), who is returning from his one-year retirement. Reports are that Davis is out of shape, but it is only May, so that may be more smoke than fire. If Davis isn’t the answer for the Giants, I don’t know who is.

Elsewhere on the roster, “holes” come down to relying on the unknown or the unexciting. There is no hole at wide receiver per se, but the team needs Victor Cruz 100 percent healthy and/or rookie Sterling Shepard to be a difference-maker Week one. There is also not a hole at linebacker, but we have so many middling pieces, it is hard to tell who is a viable every-down player. There isn’t a single backer of the eight to 12 guys competing who is assured of starting, let alone an entire threesome that should get the nod. The same goes for starting safety opposite Landon Collins. There are a bunch of guys, including multiple Thompsons, but it isn’t clear who even has the edge.

Overall, New York is in a pretty good spot, especially compared with where its roster stood last season. This defense is much more talented and much deeper nearly across the board. The same goes for the skill players on offense. Outside of players meeting or exceeding expectations, a successful year may come down to filling out the offensive line and keeping Eli Manning safe in the pocket.