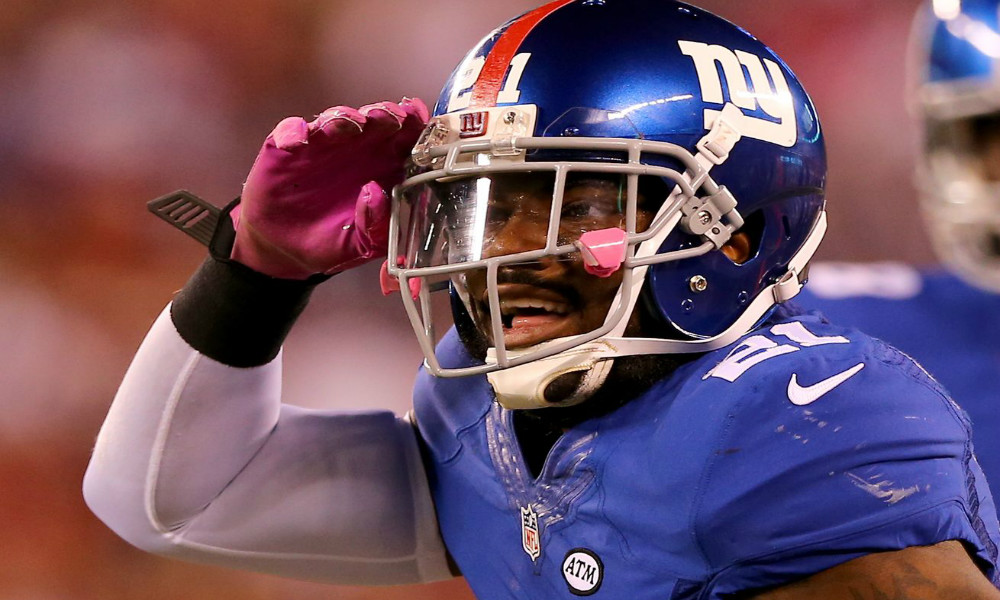 The New York Giants spent a lot of money early in free agency, to the dismay of many. But the moves did improve weaknesses on the defense, and that is something to be happy about.
(Photo Credit: bigblueview.com)

It is easy to be disgruntled and disappointed in what has transpired this offseason for the New York Giants. They spent a ton of money, the most of any team in the league, on free agents. If they had waited a few days, there were similar players with similar skill sets who could have been had (and were signed) for far less. In perhaps as quickly as two seasons, all of these new contracts could look egregious on New York’s cap.

But strictly from a football standpoint, the New York Giants are much better on the defensive side now as compared to when the offseason began. That is what truly matters, even though the salary cap and contract concerns are real. There are still holes left to fill, as I have covered, but as the depth chart stands today, there is already enough here to be super excited about in 2016.

It starts up front. New York could be very good on the defensive line, and that is exciting! This team won two Super Bowls on the strength of its pass rush and hasn’t gotten that type of production from the front four in a number of years now.

Olivier Vernon is the big name. He is just 25 years old, yet already has 29 career sacks. In past years in Miami Vernon was aided by having fellow Pro Bowl players across the defensive line, but they too were aided by having him there. And it’s not like that advantage will disappear in New York. In fact, Vernon could be the biggest reason Jason Pierre-Paul is set for a renaissance season.

Pierre-Paul was, at one time, arguably the best young pass rusher in the sport. That time no longer exists, because of injuries and his off-field accident, but he is still a 27-year-old two-way defensive end who can get to quarterbacks and defend the run. He had 12.5 sacks in a season as recently as 2014. If his hand heals and holds up, maybe that type of production can return. Vernon will certainly be the best end he has had paired with him since Justin Tuck and Osi Umenyiora left a few years ago.

Then there’s Snacks in the middle. Damon Harrison, coming over from the Jets, is one of the best run defending defensive tackles in the NFL. He will be one of the biggest assets on this roster from the standpoint of keeping linebackers clean on the second level and blocking up running lanes.

In the secondary, newcomer Janoris Jenkins will be paired with Dominique Rodgers-Cromartie in the starting lineup. Jenkins is a gambler who likes to make big plays and take big risks. If the defensive line creates havoc, that makes Jenkins’ style of play even more effective, as it rushes quarterbacks’ decision making. And folks shouldn’t forget about Landon Collins in the middle. The young safety will be entering his second pro season, having a solid first year to build on. He played somewhat out of position in 2015, but if the Giants find a capable free safety, Collins could be in store for a huge year in his proper spot.

Besides a free safety, New York needs help at linebacker. It always does. But some of the useful depth from last season, like Devon Kennard and Jasper Brinkley, are still around. JT Thomas will get another chance as well, as he failed to deliver much after being a semi-big free agent signing from last offseason.

It is easy to poke holes and complain about how a team is handling its business. I am guilty of that myself when it comes to the Giants and their moves. But it is worth realizing that this team is better now than it was, and the improvements could be quite substantial from last season to this season. That is often hard to accomplish and certainly couldn’t be counted on to happen through the draft alone. Say what you will about the guaranteed dollars. New York has the foundation of a good defensive football team. Why should that come cheap?

More NYG: Team Has Roster Work Left To Do