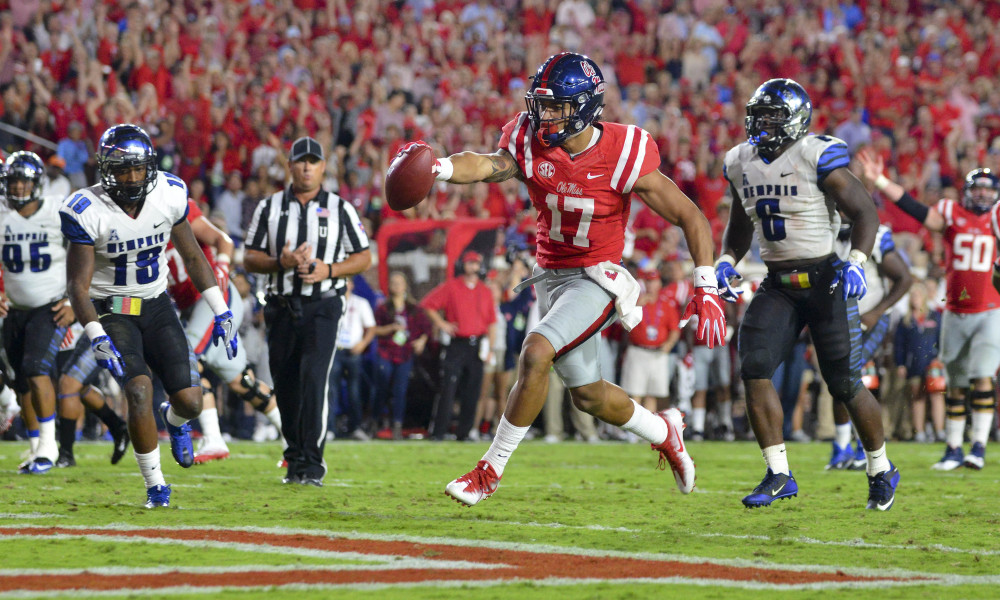 With the 23rd pick in the first round of the 2017 NFL Draft, the New York Giants surprised all by selecting Mississippi tight end Evan Engram. Interesting.

It didn’t take long for the first round of the 2017 NFL Draft to dissuade our opinions of what we thought was going to happen. It took just two picks in fact. The Chicago Bears, Kansas City Chiefs, and Houston Texans decided to make this draft weird, all within the first twelve selections. The offensive onslaught that took place in the first round in general was something that no one expected to happen. Analysts from coast to coast expected a defense-heavy first round. Even the New York Giants took part in upsetting this misguided prediction.

ALSO ON BUZZCHOMP: Avatar Announces Sequels No One is Still Waiting For

Predraft, the story on the New York Giants was simple. They would take a linebacker or offensive lineman. The exceptions would be if O.J. Howard or Christian McCaffrey were still on the board at 23. Then an exception could be made, and the team could go take an offensive skill player. Neither player was available, though Howard came close. Jarrad Davis was also gone, though multiple offensive linemen and Zach Cunningham were still on the board. Because of how many offensive skill players went in the top 12, the defenders and lugs dropped in numbers to the second half of the first round. New York would have a pretty solid pick of the litter.

Apparently, it didn’t want it. Or, the predraft story had been wrong all along. Insiders didn’t know; fans didn’t guess this. The Giants took Ole Miss tight end Evan Engram with the 23rd pick.

On the surface, this selection only makes the smallest bit of sense. The team had a need at tight end, but not for the type of player Engram is. It needs a two-way TE who could help in protection, block for the running game, and wouldn’t be forced off the field when not in route on a pass. Engram is none of that. He is essentially a wide receiver in a big body. That is certainly a useful piece in today’s NFL, just not a piece the New York Giants were in dire need of.

Perhaps New York had Engram high up its draft board all along, and this was a case of taking the best player available. That’s possible, though it feels unlikely. Instead, the Giants simply wanted Engram and his skill set. We won’t know for a while if that was a mistake. But there were a number of useful guys still available that the team passed over. Interesting.