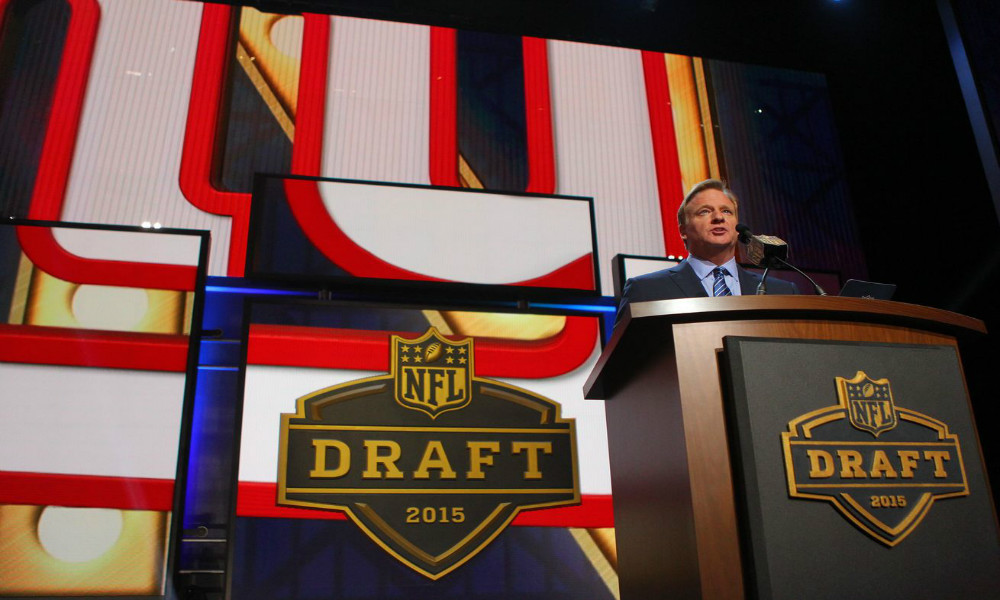 The 2016 NFL Draft is upon us, less than a month away. Everyone wants to know who the New York Giants should draft, specifically with their first-round pick, number 10 overall. However, before we can get to who New York should take, we have to remove some of the clutter by exclaiming who it should not take. Consider this spring cleaning of the Giants’ draft board. (Photo Credit: bigblueview.com)

With the ninth pick in the 2016 NFL Draft, the blah blah take blah blah blah. Now on the clock, the New York Giants!

Our Do Not Draft list begins with a big name that the Giants should avoid.

Elliot is a fine running back prospect. That isn’t the issue here. Instead, it’s one of positional need. Namely, the Giants do not need a running back and should not select one in the first round. They already have four backs they are supposedly happy with! How can you expect to split carries five ways? In truth, the running back committee needs to be trimmed to two or three for 2016 as it is, and Rashad Jennings and Shane Vereen are perfectly capable and complementary backs for that purpose. With a stronger offensive line, that pair can deliver plenty. Elliot may be individually better than Jennings, but he doesn’t offer that much of an improvement on the team’s outlook based on what he is likely to do over the committee’s production.

These are two players in very different places, but I group them together for a valid reason. If not for what can be deemed ‘off-field’ concerns, each would be a top-10 pick in this draft. The concerns vary greatly between the two. Nkemdiche has gotten into legal trouble and people question his character and maturity. Smith is simply recovering from a major injury that occurred during Notre Dame’s bowl game, and teams question his availability.

As the Giants, I would be tempted to roll the dice on either one because of the high upside at positions of dire need for this squad. But the questions surrounding both players will allow New York to likely grab one at the beginning of round two, or like last season, trade up in round two for either player. With that possibility lingering, it makes no sense to reach for either man in the middle of round one.

What would the Giants be hoping to accomplish with this selection? Finding a player that isn’t as good as Odell Beckham but good enough to force Victor Cruz to the bench? New York certainly needs another piece at the wide receiver position, but round one isn’t the time to address that. It would make more sense to bring in a cheap veteran like Anquan Boldin, allow Beckham to do his thing and move Cruz into the slot where he is most comfortable.

After the addition of Janoris Jenkins in free agency, the New York Giants should look elsewhere other than cornerback in the first round. Hargreaves is a special talent at the position, but he doesn’t possess the capability of sliding over to safety, which is what New York really needs. That makes Jalen Ramsey such an intriguing prospect, though he will be gone by the time the Giants select.

Cross those names off your first-round chart. Next week comes the players New York should be targeting with its top pick.