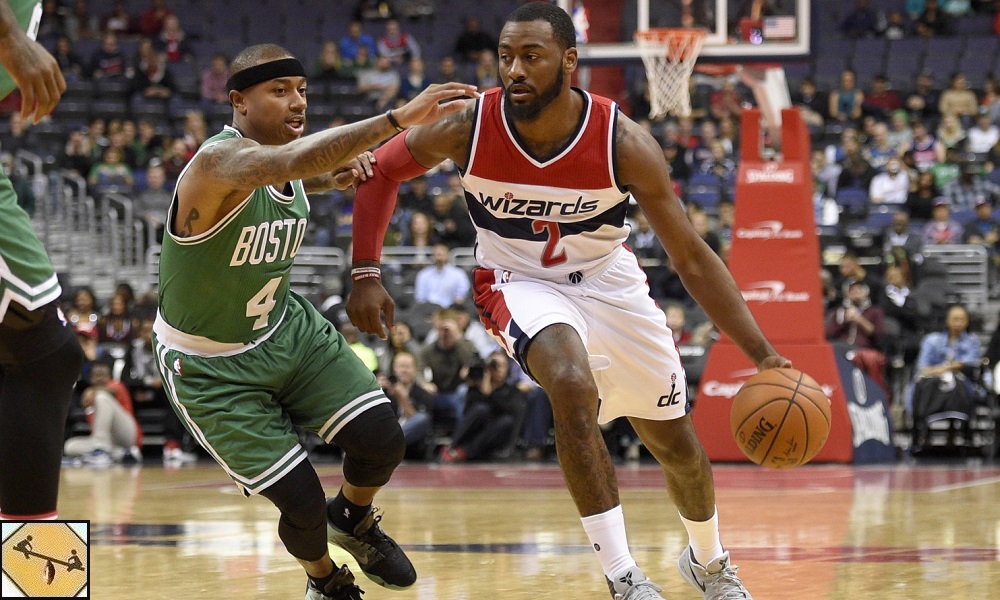 Christmas means midseason for the NBA and three teams are in trouble. Do the Boston Celtics, Washington Wizards and Minnesota Timberwolves hit the panic button? NBA Predictions say yes.

Two weeks before Christmas, how worried are you? Make your NBA Predictions. Panic mode?

Everyone knows the NBA season has its legitimate jump-start on Christmas Day. It’s the league’s biggest regular-season day of the year and when the standings begin to take formation. Up until then, teams are still hovering around fewer than 30 games played.

Case in point, some teams seem like disasters but have hung around in games, scrounging out victories to keep their records around .500. It’s hard to panic when you aren’t that far behind the middle of the playoff picture.

Be that as it may, heading towards Christmas, there are a few teams that seem to be in dire situations or approaching them. So, answer the following question: How worried are you about the Boston Celtics, Washington Wizards, and Minnesota Timberwolves?

All three of these teams had different levels of playoff aspirations before the 2016-17 season began. They are also all in different stratospheres of the current standings, but are vastly underachieving from where folks thought they would be. So how worried are you?

Boston is 13-11 as of December 12th, good for sixth in the Eastern Conference. Its defense has been shaky; its ability to finish games has as well. Yet prior to the year, these Celtics were expected to be the second or third-best team in the conference, challenging the Cavaliers for the conference thrown. Even with all of that, though, I’m not quite worried. The team has battled through numerous injuries, including to four of its top rotation players: Al Horford, Jae Crowder, Kelly Olynyk and Marcus Smart. The Celtics have also played a road-heavy slate that gets even worse this next week. I’ll give them until January before I hit the panic button.

These other two teams are a different story. Both Washington and Minnesota were expected to challenge for playoff spots. Washington was looking for a rebound after a disastrous 2015. Instead things look worse this year. Minnesota was supposed to make a jump this season that hasn’t come.

The Wizards are a respectable 9-13. As I was pointing out before, that’s the type of record that would allow them to hang in the playoff picture, but it blocks how bad they have looked. They have a -2.0 point differential and have actually played 60 percent of their games at home thus far. John Wall scored 52 the other night, and Washington lost. The Wizards have a solid starting lineup but little depth. I’d be worried about them holding up over six months. Its time to panic.

Minnesota is weird because even though it brought in Tom Thibodeau, the team is really bad defensively. It is also 3-9 at home, which is alarming for a young, talented team. At this point, Karl-Anthony Towns is the only Wolves player with a PER over 16.5. League-average PER is 15, so these guys are barely better than average overall. They are super talented, but it isn’t translating into effective basketball quite yet. I think the playoffs are out of the equation and Minnesota is at least another year away. Feel free to panic.

Technically none of these three teams are out of the playoff picture as we hit midseason. In the Eastern Conference the 7th and 8th seeds are held by teams with .500 records. Out West the 8th seed is held by a team currently below .500 and playing unimpressive basketball. Boston is a playoff team and the Wizards and Wolves are well within striking distance. Yet I’m hitting the panic button on all three of these teams.

I’m most disappointed in the Washington Wizards. I truly believed they would bounce back near the top of the East this season, but they are as good as they are bad. If the Wizards were simply losing to better basketball teams, maybe I would give them a pass right now. But Washington has fallen to the likes of Orlando and the Sixers, along with the middle of the road teams and the true championship contenders. What’s most troubling is that the best team the Wizards have defeated are the Boston Celtics, who are grossly underachieving. Time to panic.

Boston is in the best position to rebound from their early season struggles, but I’m still worried about this team. They have a solid record in conference games at 10-5 and simply need to improve their play at home to vault up the Eastern Conference standings. The Celtics are currently 5-5 in Boston this season. That being said, Boston hasn’t beaten anyone good yet either. Victories over Chicago and Charlotte prove little, but losses to the Cavs, Warriors, Spurs, Thunder, and Raptors tell me this team is not in contention. At least not yet. Playing better at home and the return of its injured stars can give Boston a much needed spark in the second half. But unless they find an x-factor, the Celtics will not be going deep in the postseason. Hit the panic button.

More Sports: Only Washington can Defeat Alabama in CFP


Out West its a similar story for the Timberwolves, who have just been woeful across the board. They snagged a victory over Charlotte, but have otherwise lost a ton of close games and have gotten blown out by the best of the league. Perhaps Minnesota can even things out, win more close games in the second half, and grab the 8th seed this season. But that is no honor, as whichever team claims the seed will be swept away by the Warriors. If the Timberwolves are still a year away, then they best position themselves for more offseason improvement. Right now they are in panic mode.