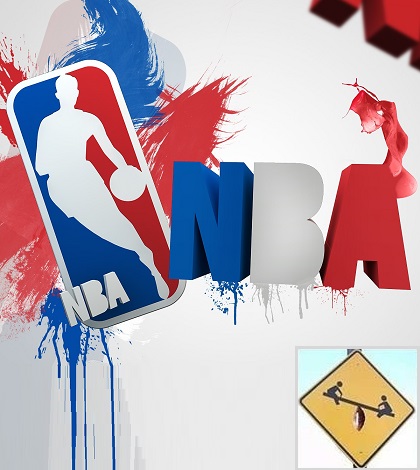 [Part one – NBA stars align themselves]

With the acceptance that the NBA is a player-driven league through free agency and “face of a franchise” dynamics, then it seems to me that the overall business of professional basketball is overly detailed and purposefully misleading.

We want star players to drive the market and drive the league, especially years where a bunch are unrestricted free agents. But is it just me or does it always seem like teams can “make room” under the cap if they really want a guy? Why is it so easy to find crazy loopholes and exceptions to the hard cap?

I’m not even going to attempt to explain the salary cap, because it’s a black hole. The thing is so convoluted that NBA trades on draft day aren’t even official when they are announced, because league officials need to review the parameters. But there’s a salary cap that teams cannot go over…unless they want to. Then there’s a penalty they pay. But there is a mid-level exception and a biannual exception and a full mid-level exception and Bird rights and half a dozen more alterations that allow teams to really end up with the team and roster they want if they’re smart enough to pour through the minutiae.

Houston doesn’t have room for LeBron or Melo…but they could make room. The Heat don’t have room for anybody if they bring back their three stars, unless they do so by a certain date, in which case they are free to go over the cap. None of it makes any sense, and I haven’t even mentioned amnesties.

You just said an awful lot and there is really only one thing to take away from it all. NBA teams can do as they please if they’re super smart, are willing to accept the consequences of their actions, or both. This is a lot like life and nothing like the other major sports league. All of these convoluted options make NBA Free Agency a nightmare for diehard fans and a dream for casual observers.

If you’re an NBA team and are smart enough to find the loopholes, or rich enough to pay your way through it, you can acquire any free agent you want. Casual fans win big, as Carmelo Anthony and LeBron James are now being targeted by a slew of teams ranging from the Los Angeles Lakers, New York Knicks, to the Houston Rockets. There are a few more smart and/or rich teams in the mix, but casual fans get exciting and crazy headlines to enjoy. Most are shots in the dark, as the moves of major free agents are very calculated and do not include nearly as many teams as the teams themselves want you to imagine. But the emotional roller coaster is no less real.

Diehard NBA fans, I’m sorry, but you must endure this nightmare. I don’t know what exactly goes through the mind of a Cleveland Cavaliers fan, but I do know they once again have hopes of LeBron returning ‘home.’ It wasn’t all that likely the last time he left them for Miami, and its highly unlikely this time around as well. The same goes for Carmelo Anthony in Chicago. Bulls fans are getting super excited for the pairing of Carmelo Anthony with the memory of who Derek Rose was three years ago.

I don’t get the impression Rose actually wants to play with Melo, and if I were Anthony, the prospects of LA and Houston are much sweeter. But go ahead Bulls’ fans, ride the roller coaster to the top. Just don’t get all mad when it crashes back down to earth.

I love the NBA, but hold no diehard allegiances. This entire free agency mess is exciting, wonderful, and unexpected. We didn’t know all these players would opt out of their contracts, we just hoped they would. But diehard fans of the Heat, Knicks, Bulls, Cavs, and Lakers; they must be sweating every new headline on the scroll bar of ESPN. Every ‘breaking news’ text alert must be hell. Has their potentially new favorite player spurned their team? Or can they go buy a new jersey for opening night?

I don’t understand it, but I’m smart enough to love it. Bravo NBA. Bravo.

[If you missed Part one – NBA stars align themselves]