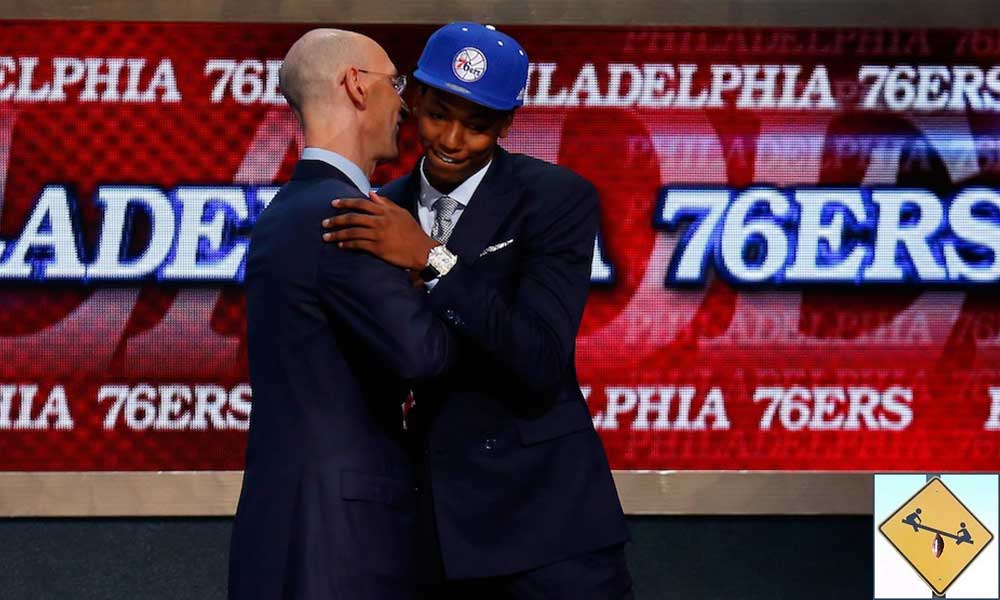 Fallout from the NBA Draft 2016 has shaken up the league. But the pundits have it wrong. Orlando was also a big winner and the Thunder are no favorites until Durant signs the dotted line.

Now that the 2016 NBA Draft is in our rear view mirror, it’s time to reflect. We had some moves and interesting developments but nothing that approached what we were hoping to see happen, specifically at the beginning of the draft. Philadelphia and Los Angeles selected Ben Simmons and Brandon Ingram one and two respectively, as expected. Number three was where the draft could have taken off, but instead of making a huge splash, the Boston Celtics kept the pick and reached just a bit for Jaylen Brown. Brown had been in this range prior to the college season, but his stocked dropped a tad, though he was still projected as a top-10 guy throughout the process.

Five was another swing spot, but Minnesota kept its pick and took point guard Kris Dunn. At 11 was where the biggest news of draft day took place. The Orlando Magic selected Domantas Sabonis and then traded him, along with Victor Oladipo and Ersan Ilyasova to the Oklahoma City Thunder for Serge Ibaka. There were whispers that the Thunder were shopping Ibaka as he approaches his 2017 free agency, but this trade was a surprise. And apparently I am in the minority in liking the deal for the Magic.

ALSO ON BUZZCHOMP: E3 2016 Was a Win for the Little Guys of Video Games

Reading Twitter and draft recaps, everyone seems to think Orlando got fleeced in this deal, but it got the best player! I was always under the impression that Ibaka was underutilized in Oklahoma City, especially this past season where he fell out of the offense for the most part. He is still a young player with oodles of talent on both sides of the ball. He becomes a perfect power forward with rim protection to play alongside Nikola Vucevic. What is not to like? Sure, Orlando gave up a number of pieces, but Ibaka is better, especially if the team can re-sign him when he hits the market.

The trade was great for the Thunder too though. They add a very valuable wing in Oladipo, a stretch four in Illyasova and the youngster Sabonis. Of course, if Ibaka couldn’t even get much run in the Thunder offense, what chance do the latter two forwards have? This is really about Oladipo being an upgrade at the wing, which he certainly should be. Now all that’s left for OKC this offseason is to sign the most coveted player on the market.

Elsewhere, some smaller trades went through prior to the draft that were pretty interesting, but we didn’t see the 76ers make a splash back into the early first round like we thought they might. We also saw a number of odd draft selections in the middle of the first round starting really with Milwaukee at 10 and going through the teens. There were some major reaches but high reward picks as well. What do you think? We didn’t get the high-end trades we were hoping for, but the draft still gave us some intrigue. And it affected 2016-17 title contenders, so maybe that was better than the alternative anyways.

You failed to mention anything about the 76ers draft party! You were there in person when they snatched up the presumed best player with Ben Simmons and the first pick of the draft. I expect an introspective in the near future. That being said, the pick was expected and a good one, despite my belief that the Lakers got the better deal with Ingram at number two.

The trades were the real story of the night, as most pundits seem to agree that everyone did a great job on draft night. The consensus is that Orlando is the loser in its deal with OKC. The Thunder are now Western Conference favorites next season, because they added three players while shipping out of town one player. This is ridiculous!

The trade seems rather even to me, because as you noted Ibaka will likely have a much bigger impact in Orlando than he ever had on the Thunder. He wasn’t a great fit in the OKC lineup, but the Magic need his talents and will use them accordingly. Personally its unclear to me what OKC actually got in this deal. Depth seems to be the answer, but there is no way they are Western Conference favorites without Kevin Durant. Assuming he returns is ignorant. The situation in OKC is not any sweeter with the additions of Oladipo, Illyasova and Sabonis. Would any of those three guys have helped them to stop the Warriors’ comeback in the conference finals? I don’t see it.

The Thunder need Durant to be a serious contender, so perhaps this gives them a bit more leverage and freedom to throw money at him. Either way, I was shocked how quickly the addition of Rose in New York quickly fell off the radar. To me this could be the steal of the century. The rookie of the year, Carmelo and Rose is a great threesome. Could the Knicks swoop in and get Durant now? Jimmy Butler is also still out there. Wherever he lands is equally as important to determining the favorites in the East and West next season.